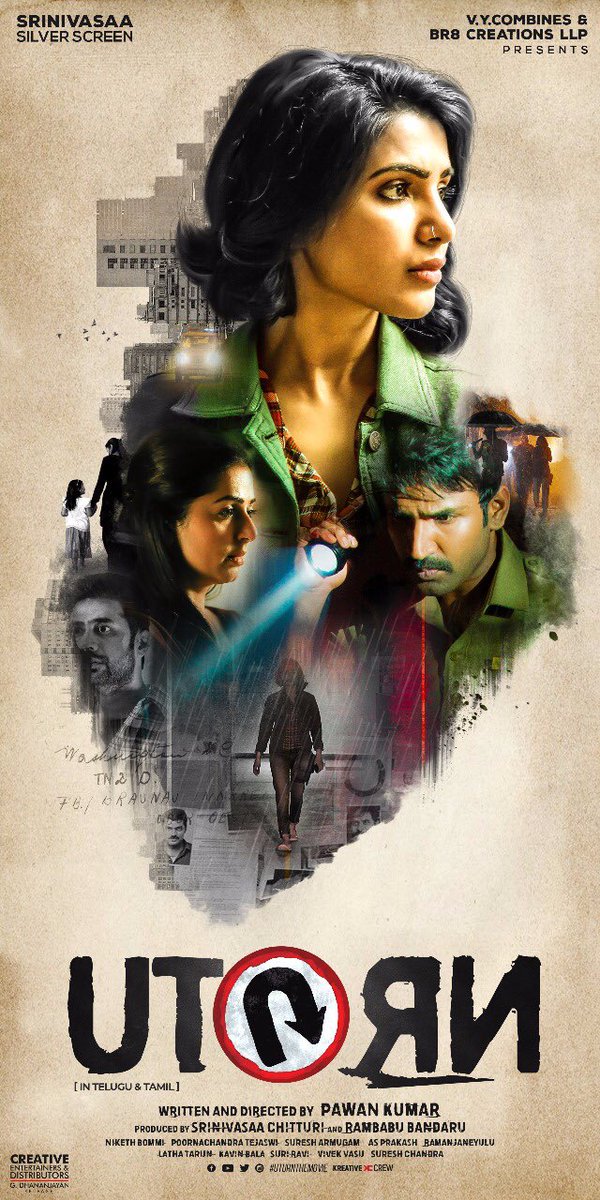 From the word ‘Go’, the Samantha’s drive with ‘U-Turn’ has been a much promising one. The way she has been associated with this film even from its original version in Kannada is pretty much noticeable. Having nurtured the film with a brilliant output that we saw the recent trailers, the entire team of ‘U-Turn’ has found a huge Midas-Touch.

BOFTA G Dhananjayan of Creative Entertainers and Distributors partnered with producers of U-Turn for Tamil Nadu.

BOFTA G Dhananjayan says, “We at BOFTA have always been keen on cherry picking the quality films catered to universal audiences. Partnering with producers of U-Turn is definitely one of the greatest accomplishments for BOFTA. Everything involving the film has carried a vast attraction, especially with the scintillating trailer, which made a trenchant mark of records in YouTube in a short span of time. We will be exerting our best efforts carrying forward this film with innovative approach. I thank the producers Srinivasaa Chhitturi (Srinivasaa Silver Screen) and Rambabu Bandaru (V.Y. Combines and BR8 Creations) for giving this opportunity to partner with them”

Producer Srinivasaa Chhitturi says, “It’s a real big honour for us to have someone like G Dhananjayan sir to partner for this film. He has been an inspiration for finding newfangled methodologies to promote his films. I am sure U-Turn will have its own treatment from him for a greater reach.” On his part, producer Rambabu Bandaru shares, “We as entire team are delighted and excited about his presence in U-Turn now. Dhananjayan sir’s innovative approach is his greatest USP and now to see it happen with our movie is a prestigious moment.”