The trailer of Trisha’s upcoming horror movie Mohini was released in January. This was followed by the audio launch of the movie.

Now the makers have announced the movie will be released on 27th July. Acting in horror movies is not new to the actress who had earlier portrayed the role of ghosts in Aranmanai -2 and Nayaki.

However the trailer of Mohini looked interesting and increased curiosity among fans.

Directed by Madhesh, music for the movie is by Vivek-Mervin. The star cast also includes Yogi Babu, Swaminathan, Suresh, Madhumitha and Poornima. 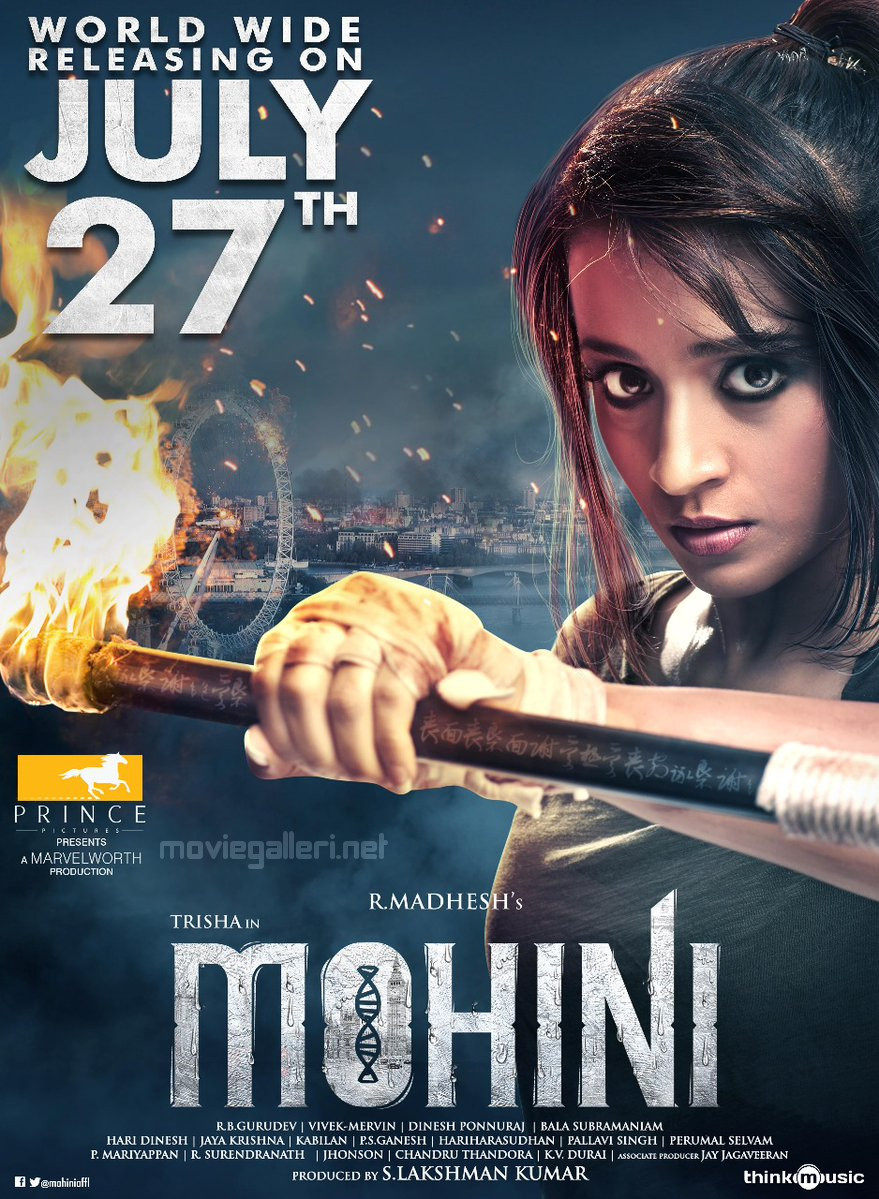