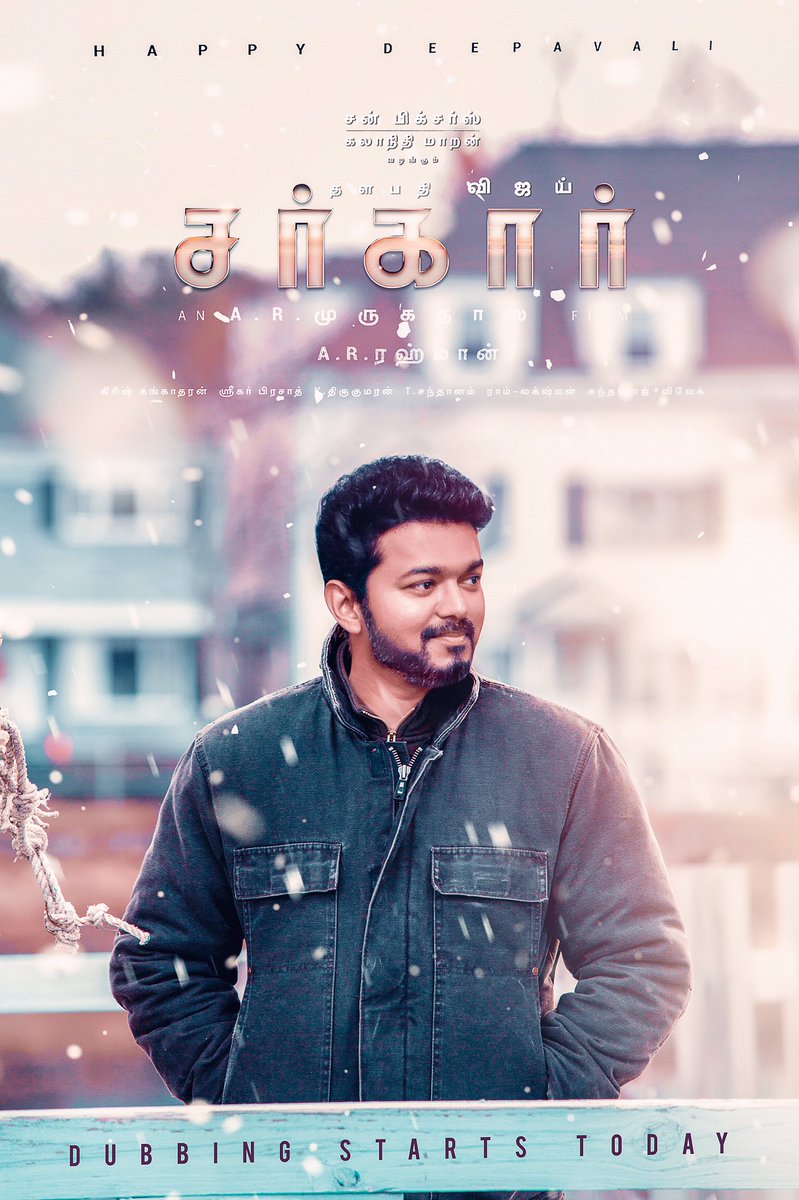 Amid much expectation, the title and first look poster of Vijay’s upcoming flick was revealed on the actor’s birthday on 21 June.

The movie was titled as Sarkar and the posters of the film looked stylish and rich. Sources now say that Vijay has started dubbing his portions for the movie from today.

Another interesting update is that the album of the movie, composed by Oscar-Grammy winner A R Rahman, is expected to be released in September.

Directed by A R Murugadoss, shooting of the flick was happening at a rapid pace in the city. This will be the third film in the ARM-Vijay combo after Thuppakki and Kaththi.

The flick is bankrolled by Sun Pictures. The movie is planned to be released during Deepavali 2018.