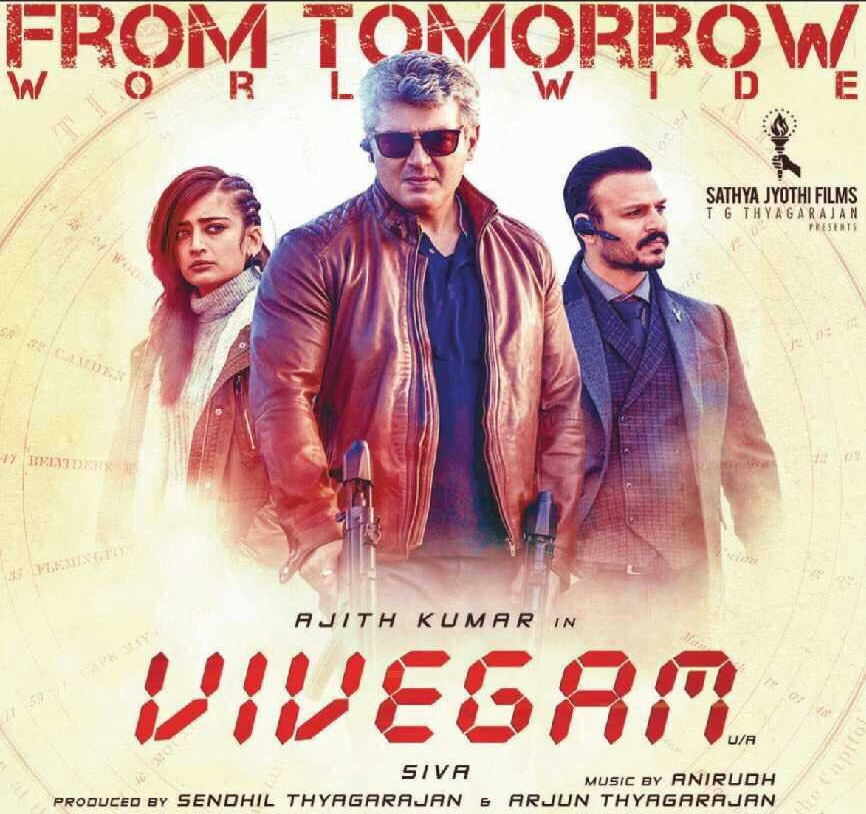 Vivegam is all set to be released Thursday and the fans are already ecstatic about the movie.

The bookings of the tickets are also happening at a rapid pace and almost all the shows are houseful now.

Confirming that the movie will be released tomorrow as planned, director Siva has said that all the prints of the movie has been delivered.

‘Sai sai…delivered all the prints in all formats…thank u thala ajith sir and my team #vivegam… respect and love to allm’ he Tweeted.

The flick is produced by Sathya Jyothi Movies banner and has Kajal Agarwal pairing up with Ajith for the first time.

Music is by Anirudh Ravichander while Vivek Oberoi plays a role in the film.