Natural Star Nani started a new journey as an actor as he is doing only different kinds of films that will see him in never-seen-before roles with various shades. The actor has come up with a big announcement for this Dussehra.

Nani teams up with first timer and the very talented Srikanth Odela for a film titled Dasara. Sudhakar Cherukuri who is producing different range of films under his Sri Lakshmi Venkateswara Cinemas (SLVC) is mounting Dasara prestigiously on lavish budget. National Award Winning actress Keerthy Suresh plays the leading lady in the movie.

Besides revealing the title, the team has released a small glimpse to introduce Nani’s character and also backdrop of the film. 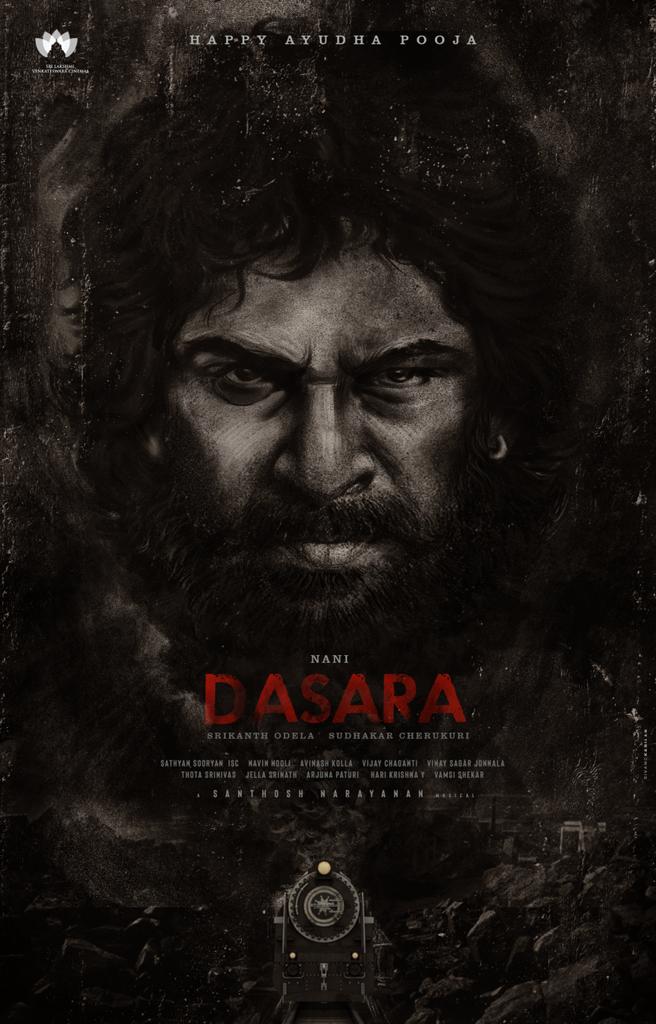 The video shows images of Nani and Keerthy Suresh from their photo shoots of look test for their respective roles. Nani can be seen standing on Railway track. The core team is introduced in style with a goods train in motion carrying coal.

The final visuals show Nani in an amazing and intense avatar with fully grown hair and beard. The ear-ring adds mass appeal to the character.

Bathukamma song in the background is perfectly remixed to give mass touch. The content is more than what everyone expected and it will be a different experience altogether to see Nani in such a mass and action-packed role in a story set in a village situated in Singareni Coal Mines in Godavarikhani.

It’s an intense drama and the kind of impact the glimpse created is just phenomenal. The glimpse indeed clears doubts on why Nani gave chance to a debut director.

The names of prominent cast and technical crew associated for Dasara define the range and magnificence of the movie.

Samuthirakani, Sai Kumar and Zarina Wahab are the important cast of the film that will have music by Santhosh Narayanan with Sathyan Sooryan ISC handling cinematography. 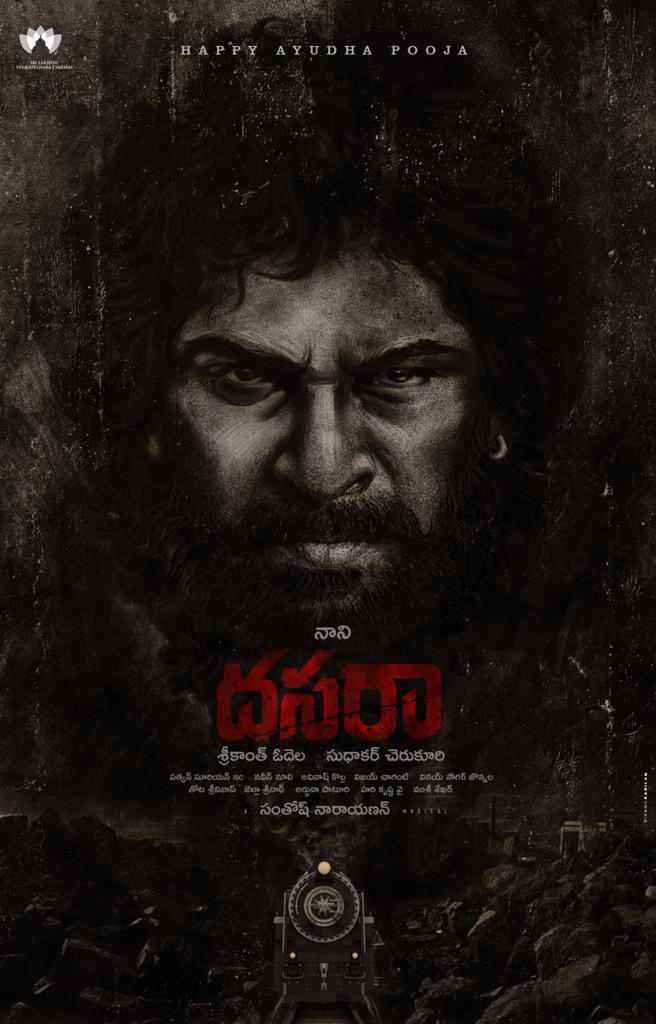 Navin Nooli is the editor and Avinash Kolla is the production designer of the film, while Vijay Chaganti is the Executive Producer.

More details of Dasara will be unveiled later.