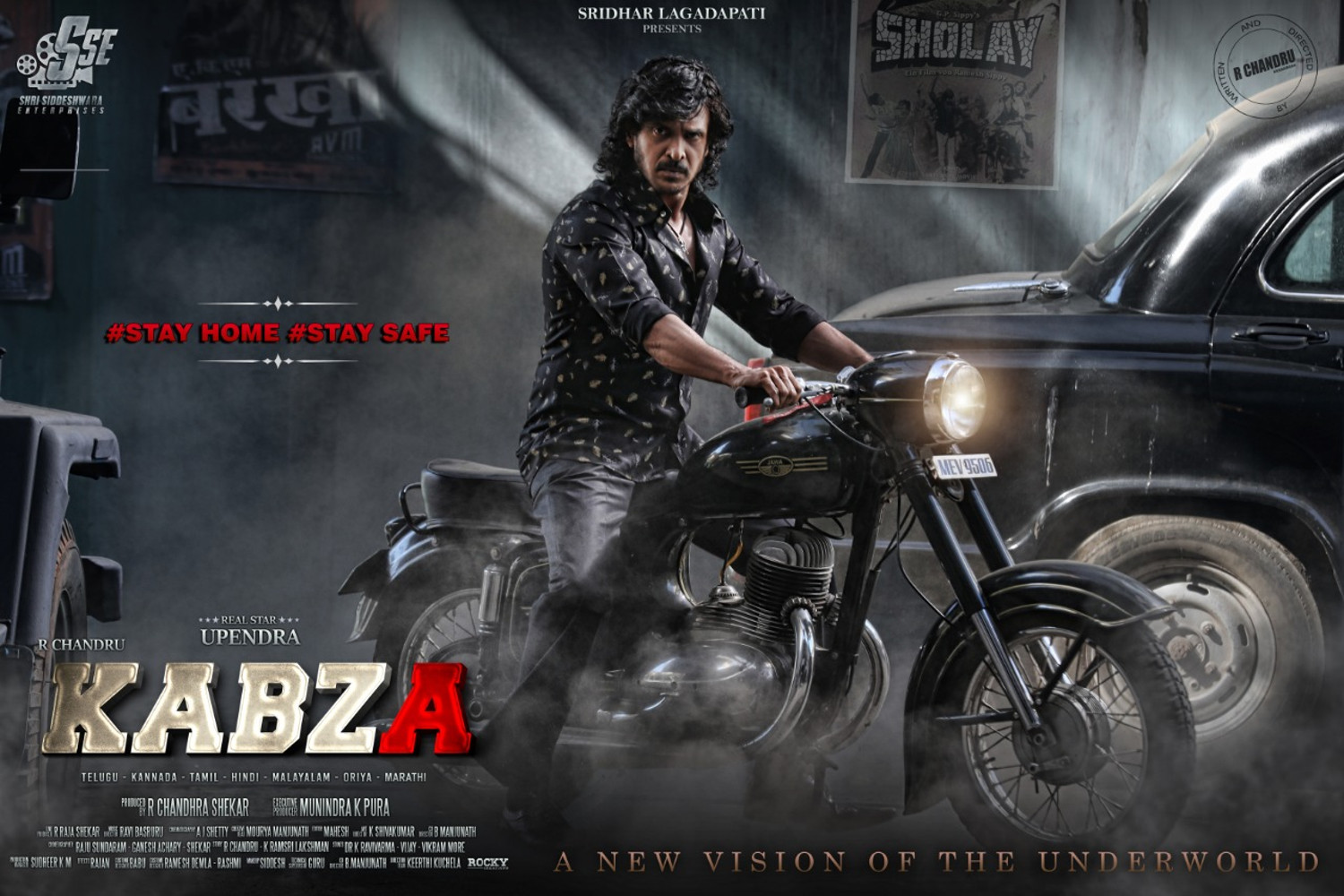 ‘Kabza’ is the latest film coming from Sandalwood Real Star Upendra. Presented by Sridhar Lagadapati, this one is presented by Sri Siddeshwar Enterprises. Directed by acclaimed helmer R Chandru, this is one more film in the actor-director combination after ‘Brahma’ and ‘I Love You’.

The period film’s story unfolds from 1947 until 1980. An underworld action-drama, this big-budgeted pan-Indian flick will be released in seven languages. The First Look of the Telugu version is out and it’s stylish beyond words. Uppi’s fans are thrilled to see the dazzling star’s swag on a bike. The FL has got a retro feel, too.

Upendra has always made pathbreaking experiments, be it ‘OM’, ‘A’, ‘Raa’ or other movies. He enjoys fan following not just in Kannada but also in Telugu, Tamil and Malayalam. Since ‘Kabza’ has got a mafia backdrop, expectations from it are high. It will hit the screens in Telugu, Kannada, Tamil, Hindi, Malayalam, Odiya and Marathi.

Talking about the crazy project, R Chandru says, “We are glad that the Telugu audience have given a thumbs-up to the First Look of ‘Kabza’. We are confident that the film, too, will get a huge response. The hero’s characterization, Upendra garu’s performance, and the story will stand out as the film’s biggest highlights. Almost 30 percent of the shoot is over. We have given a pause because of the lockdown. We will resume the shoot once things return to normalcy. We are making ‘Kabza’ on a budget of Rs 70-80 Cr. Jagapathi Babu garu has got a major role in the movie. A top actress will be cast opposite Upendra garu. We will reveal her name soon.”