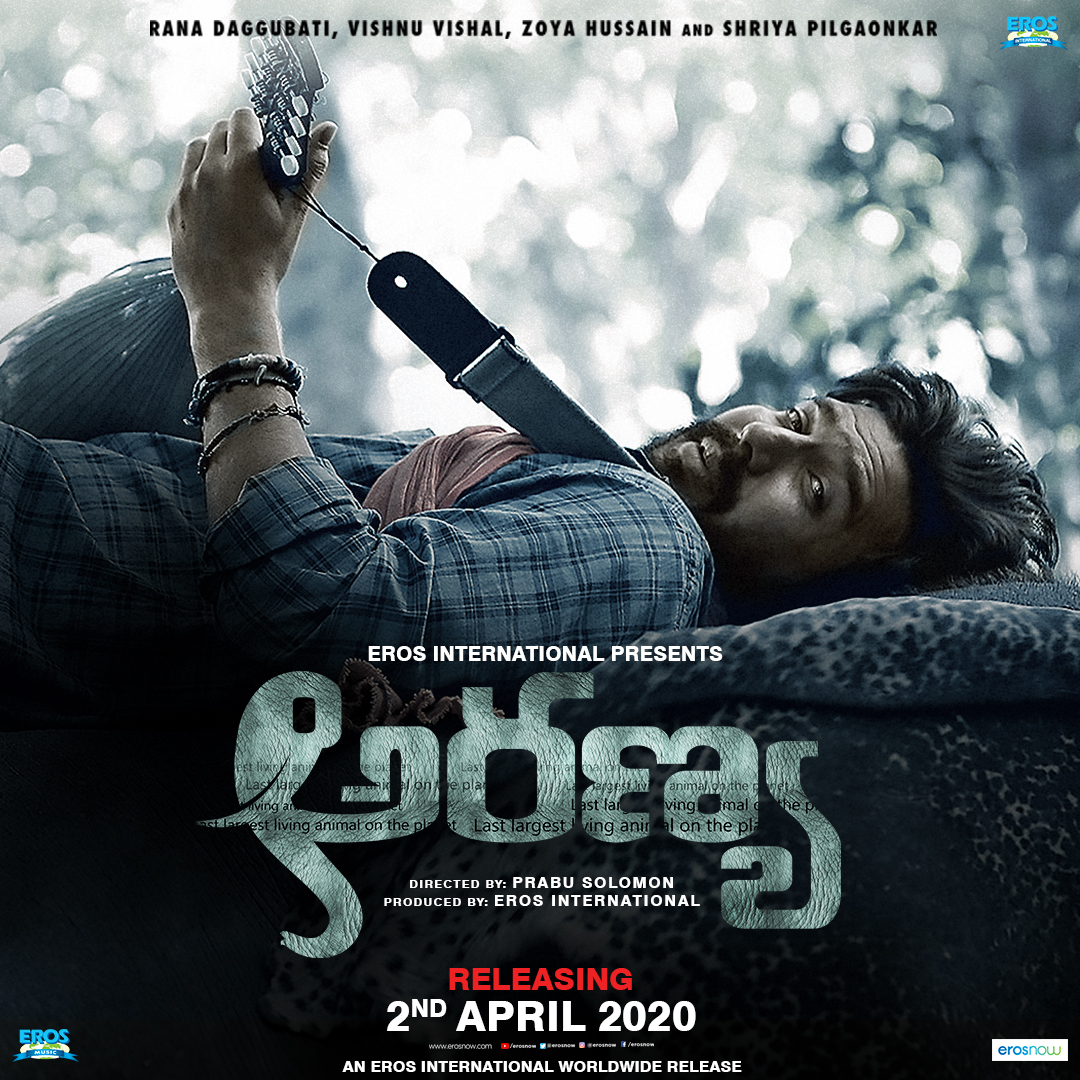 Handsome Hunk Rana Daggubati who became a Pan India Star with consecutive hits in Telugu, Hindi and other languages is coming up with a multi-lingual film Aranya.

The makers released brand new poster of the film where Kollywood actor Vishnu Vishal who plays one of the key roles is seen in relaxing mood.

Directed by Prabhu Solomon, the film will release across three languages – Telugu, Hindi and Tamil on April 2nd in summer, this year.

Aranya is a story of a man living in the jungle for 25 years. The film focuses on ecological issues and deforestation crisis.

Zoya Hussain and Shriya Pilgaonkar are the other prominent cast.