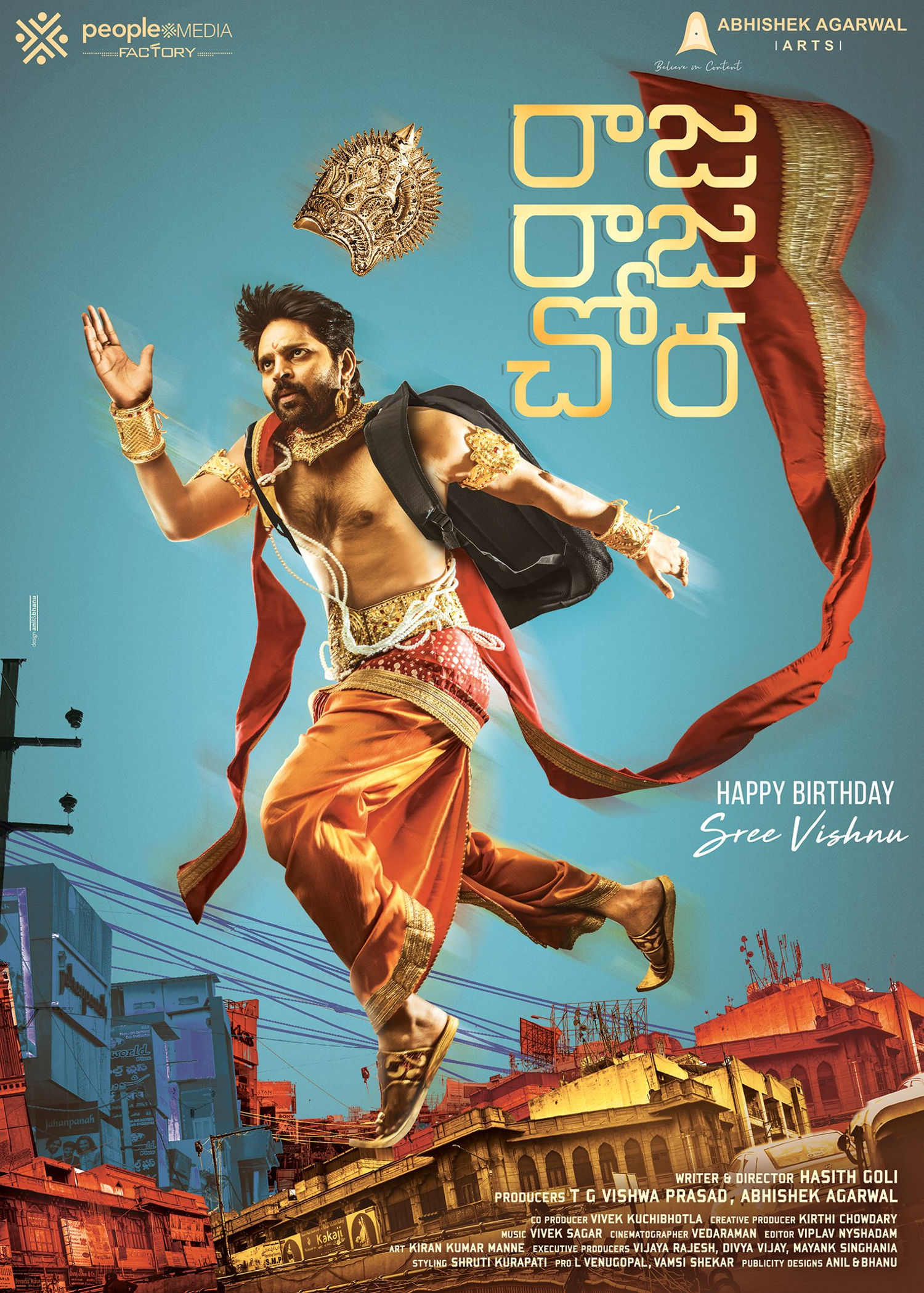 Reputed film production houses, People Media Factory and Abhishek Agarwal Arts together are producing a film with young hero Sree Vishnu. The film titled ‘Raja Raja Chora’ is being helmed by debut director Hasith Goli. Sunaina has been locked as one of the female leads. On the occasion of Sree Vishnu’s birthday, the team has released the first look of the movie.

‘We are happy to work with talented people like Sree Vishnu and Hasith Goli. Regular shoot of the movie has begun and we’ve already completed one schedule’, said the producers T.G. Vishwaprasad, Abhishek Agarwal. ‘The story of the movie is very interesting. By April we shall complete our entire shoot’, said Co Producer Vivek Kuchibhotla and Creative Producer Kirthi Chowdary.