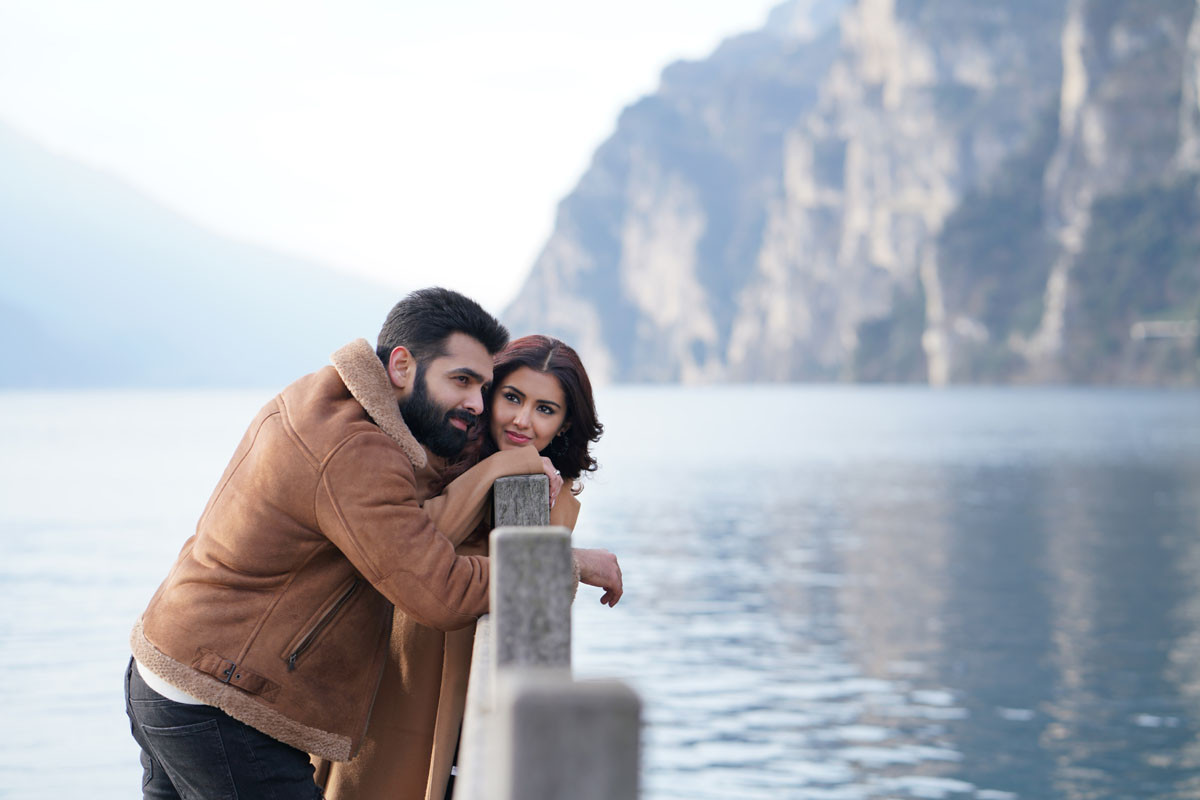 After finishing the shoot at iconic, ‘Carnevele de Venezia’, a famous carnival that takes place in Venice, the movie team recently shot a major part of the song at 10,000 ft high Dolomites Mountain range known for its scenic beauty and featured in various Hollywood films.

Directed by Kishore Tirumala, the lead pair Ram and Malvika Sharma took part in this brisk schedule of 2 songs while Shobi master choreographed them at exciting locations with Hollywood standards.

With the talkie part already done, the movie unit will now resume the last schedule of the shoot, a song in Hyderabad.

Also, with the Post-production works pacing up simultaneously, ‘Red’ is all set to hit the screens on April 9th as announced earlier.