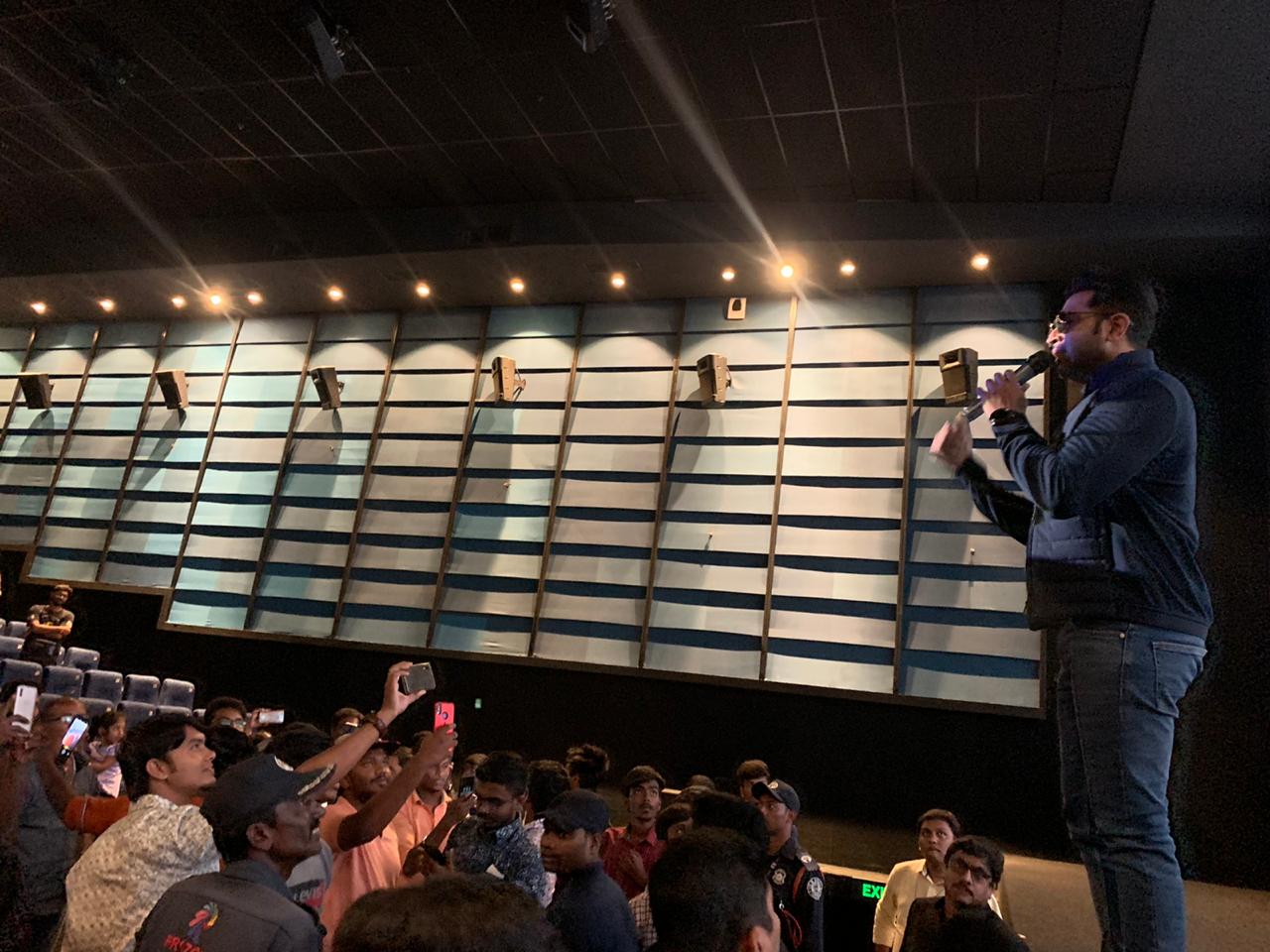 We are far from the rainy seasons, but it looks like Arun Vijay is still drenched in the abundant showers. The actor having witnessed an immensely positive response among Chennaites on the day of “Mafia: Chapter One” release visited the SPI Cinemas – Brookes Field, KG Cinemas and INOX in Coimbatore and was astounded with the overwhelmingly positive response to the film.

Actor Arun Vijay says, “The city of Coimbatore always owns the unique quality of having audiences, who are never influenced by star-values or big brands involved in the film. Instead, they have always never missed to spread out the red carpets for content-driven films. I am completely soaked in emotional bliss after experiencing the way, they welcomed and treated me during the theatre visits. I was even more surprised, where many individuals came forward and shared some of the minute details in the technical panorama and appreciated. It was a heart-warming experience and I thank Lyca Productions, director Karthick Narain, my co-stars Prasanna, Priya Bhavani Shankar and technicians. My father used to always advise me that the real organic success of a movie can be found only through the smile of theatre owners. I was so much happy to find it in plethora among all in Coimbatore and it was amazing to hear that the screen counts have been increased on Day 2 after the good reviews from the special and press shows.”

While the crowds cheered and hailed the outstanding performance of Arun Vijay, all of them were inquisitively addicted to putting forward a question uniformly on “Mafia: Chapter 2”. Well, just like the film savored the audiences with surprise elements, Arun Vijay wants the same to be with announcements on the next installment as well.