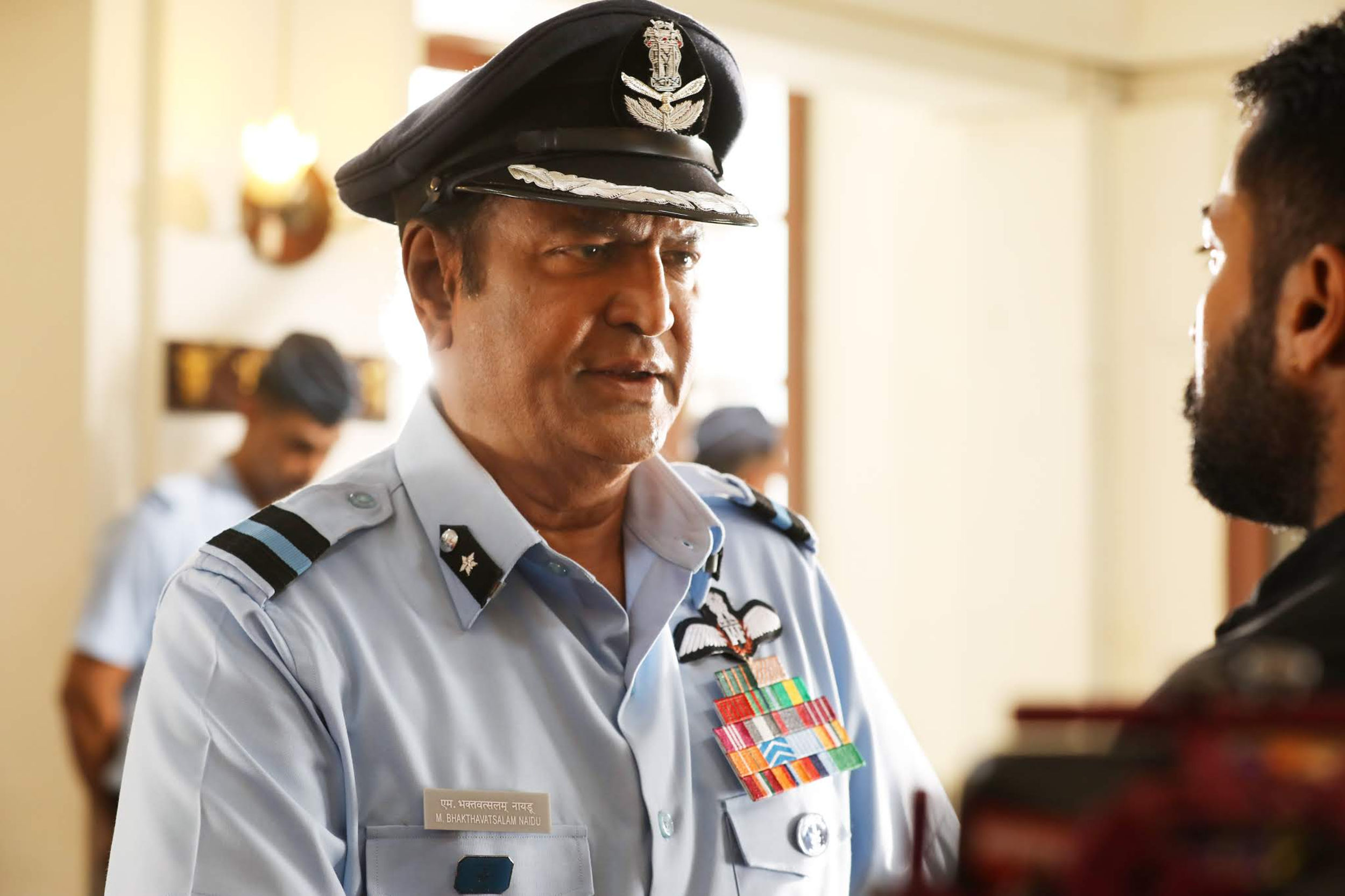 National Award winning film Mahanati was the last film of Mohan Babu who is selectively doing film. He said immediate ‘yes’ when he was approached to play an important role in Suriya’s Aakasam Nee Haddura. The film directed by Sudha Kongara is gearing up for release on April 9th.

Meanwhile, the makers have released posters of Mohan Babu in the film. He is seen as Senior Air Force Official. He looks dynamic here.

His character name is Bhaktavatsalam Naidu, a Telugu high ranking official in the air force. Dubbed himself for the Tamil version, Mohan Babu will be seen as mentor to Surya.

Mohan Babu’s scenes are best part in the film and Telugu fans will love his role completely. His performance is authentic and full of attitude.

Aakasam Nee Haddura is based on the life of Captain GR Gopinath, founder of the budget airline, Air Deccan. The film also stars Aparna Balamurali as the female lead.

Sudha Kangara worked ambitiously on the script and she took best care in making this memorable one for everyone associated with it.

Produced by Suriya’s 2D Entertainment, the film marks the southern debut of well-known Bollywood producer Guneet Monga. The film has music by GV Prakash Kumar. Niketh Bommireddy is in charge of the film’s cinematography.

The film is now scheduled to hit the theatres on 9 April 2020.