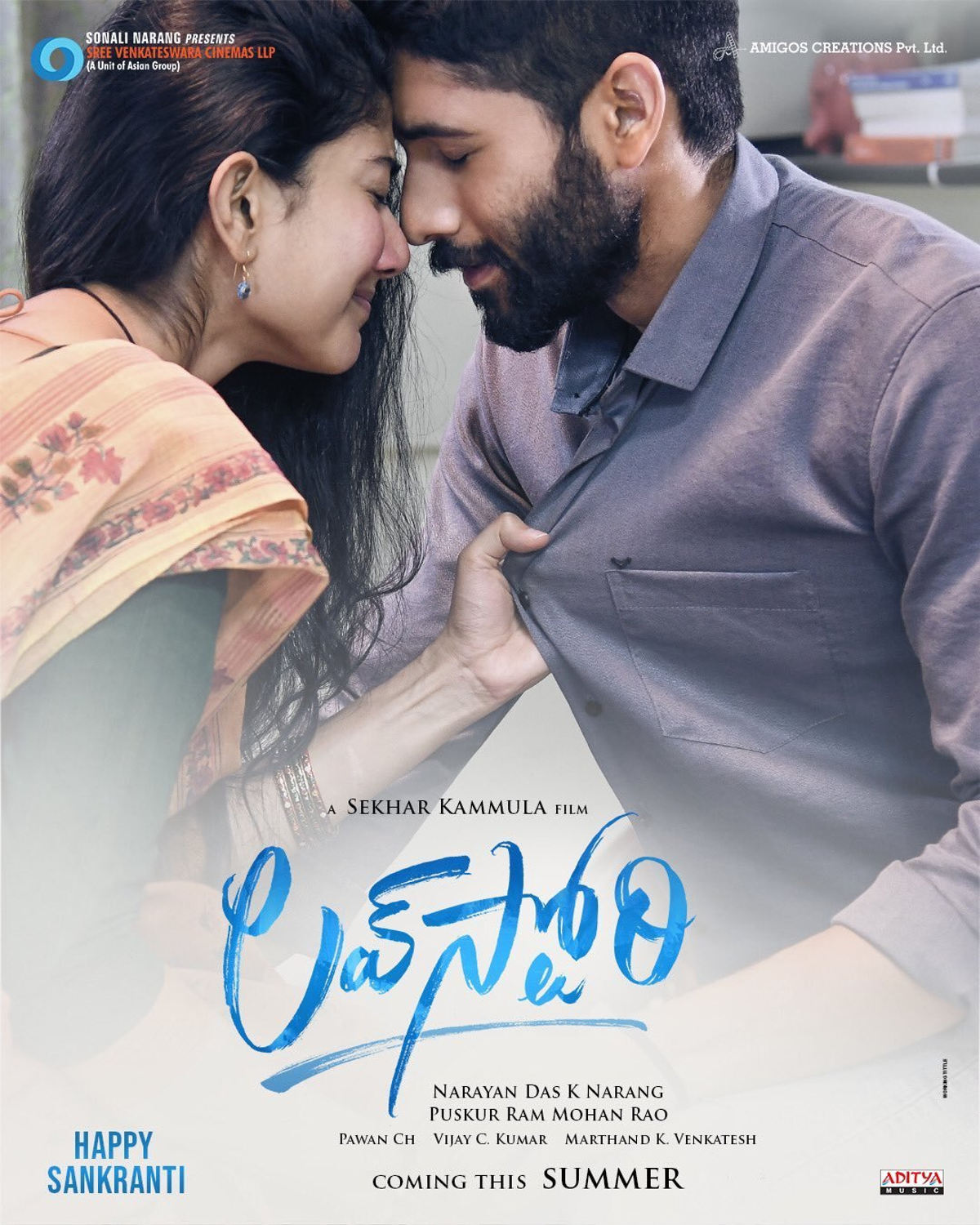 After the success of Fidaa, director Sekhar Kammula has begun work on his next. The shooting of the film which stars Naga Chaitanya and Sai Pallavi has been on for a while and now, the team has finalized on the title Love Story for the film. Naga Chaitanya will be seen in a completely new light in Love Story, while Sai Pallavi portrays a strong character.

The last schedule of the film will commence post Sankranti.

To mark the festive occasion of Bogi, the unit released the film’s title poster that features both the leads Naga Chaitanya and Sai Pallavi. The poster also gives us a glimpse into the intensity we will see in the film that is currently in the works.

It is presented by Amigos Creations & Sonali Naarang, the film is being produced on Sri Venkateswara Cinemas LLP banner by Narayan Das K. Narang and P. Ram Mohan Rao.

Starring Naga Chaitanya and Sai Pallavi in the leads, the film is a musical love story that has music from Pavan who has trained in the Rahman School of Music.