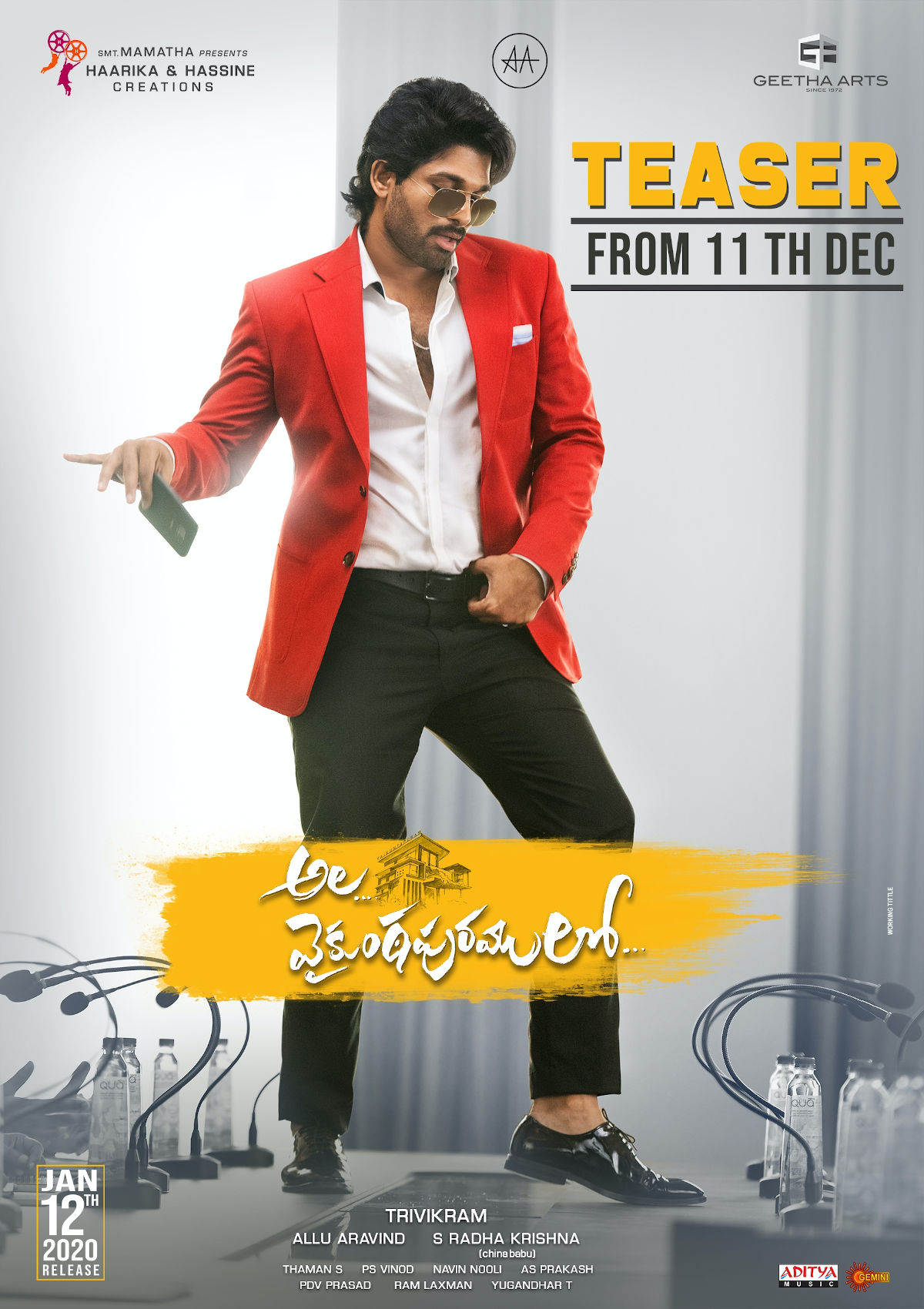 Starring Allu Arjun and Pooja Hegde in the lead roles, Ala Vaikunthapurramloo is slated for release on January 12th. The latest update is that the teaser of the film will be out on December 11th. The makers have confirmed the same today.

The super success of the two songs namely, ‘Samajavaragamana’ and ‘Ramuloo Ramulaa’ have built great buzz to ‘Ala Vaikunthapurramloo’ and the teaser is expected to rake up more anticipation on the film. Geetha arts and Haarika Hassine creations are collaborating for this family entertainer.