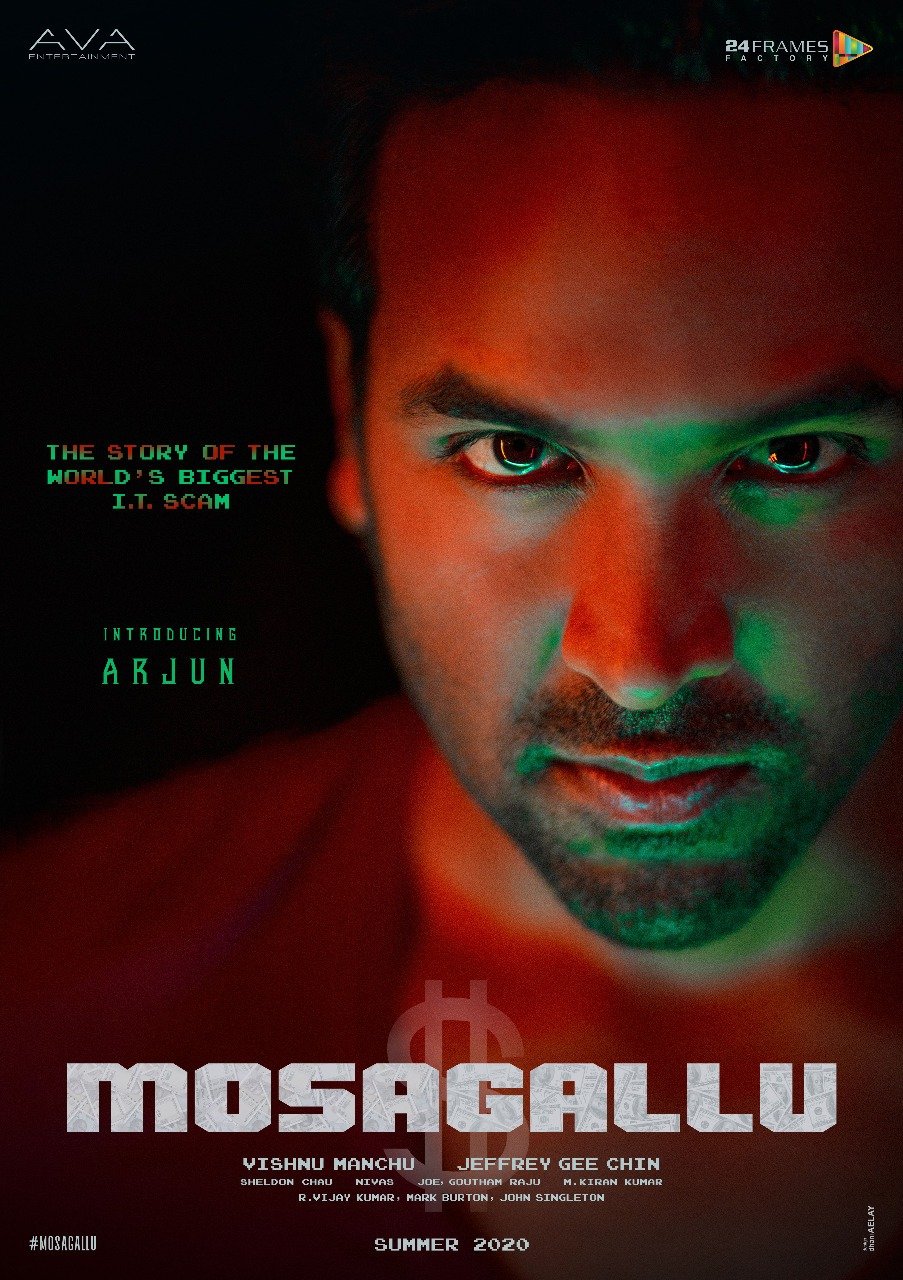 Manchu Vishnu is celebrating his 38th birthday today and the makers of his upcoming film have released a poster of the film, which unveils the title and also the first look of Vishnu.

The film has been titled ‘Mosagallu’, which gives an indication of the plotline and the backdrop of the film.

Vishnu looks menacing in a relatively new look with lightly grown beard. His intense expressions suggest that he is playing a serious role in ‘Mosagallu’.

Vishnu heard numerous stories before finalizing this film. He is placing his trust on the film.

‘Mosagallu’ is being made in English and Telugu. The film is apparently based on the world’s biggest I.T. scam. It will be out during 2020 summer season. Jeffrey Gee Chin is the director. Manchu Vishnu is producing this film. 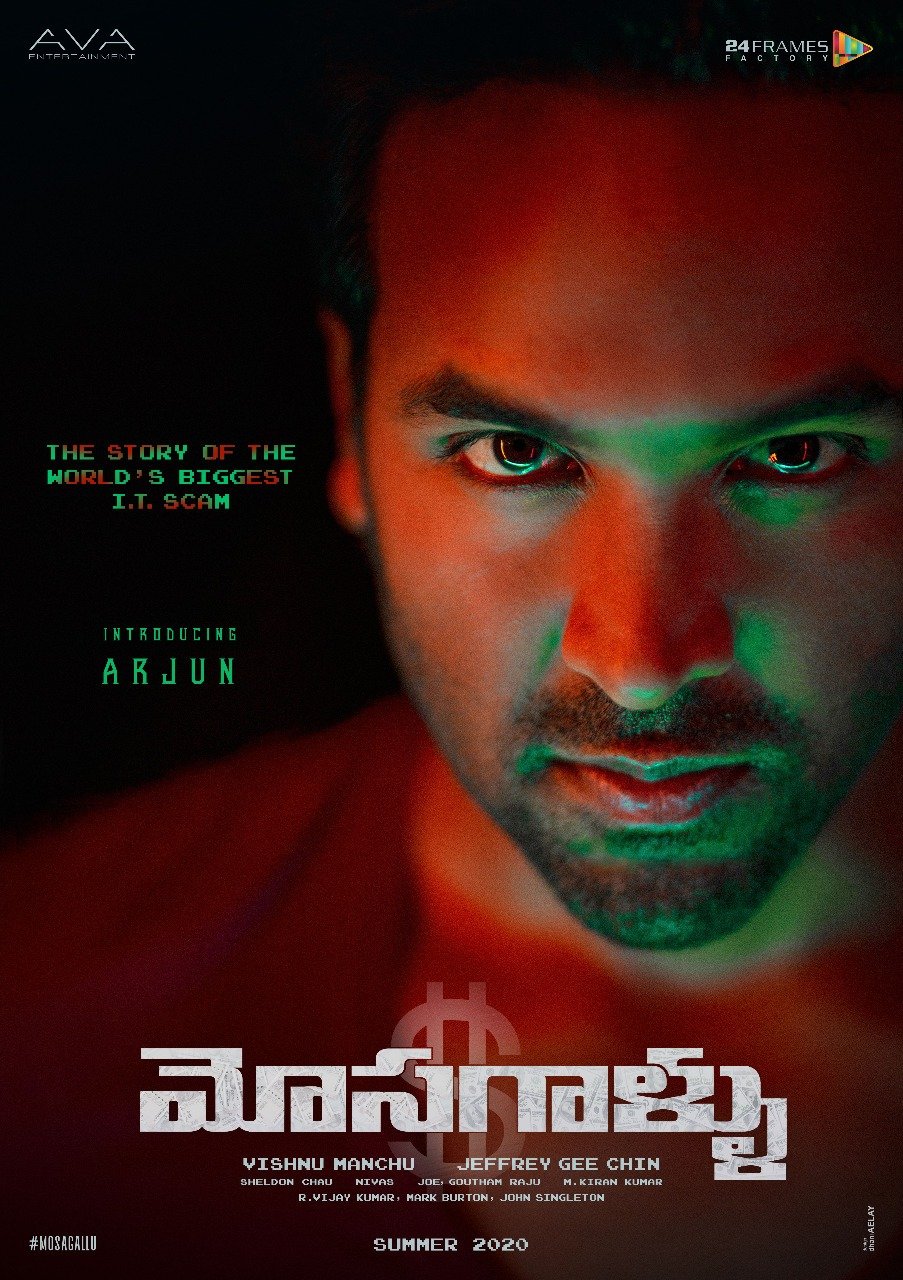