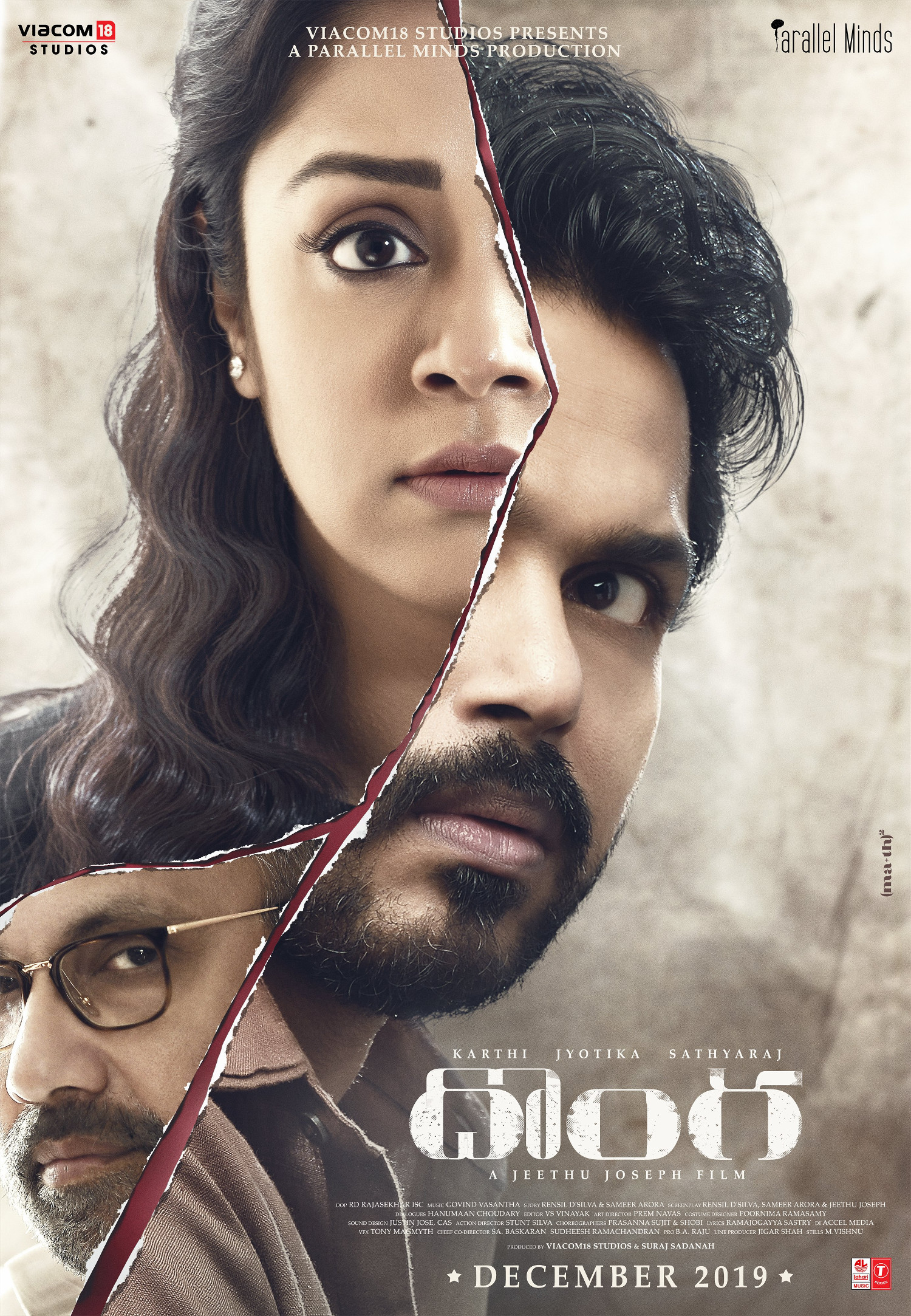 Angry Hero Karthi who has recently delivered an Emotional Blockbuster with ‘Khaidi’ is coming now as ‘Donga’. Touted to be an Emotional Action Entertainer, ‘Donga’ is Produced by Viacom 18 Studios and Parallel Minds in Jeethu Joseph’s Direction. The First Look and Teaser which were released by Hero Suriya and King Nagarjuna have received a tremendous response from all corners. Karthi has released the Second Look of ‘Donga’ today. Hero Suriya’s Wife, Karthi’s Sister-in-law Jyothika is doing a crucial role in this film.

Hero Karthi said, ” ‘Donga’ is a different and memorable film in my career. I hope the audience who like variety subjects will love this film too. ‘Donga’ is a perfect blend of action and emotion. My sister-in-law Jyothika is doing a crucial role and Sathyaraj garu will be seen in an important role.”

Production Houses Viacom 18 Studios, Parallel Minds said, ” Shooting part has been completed. Currently, the film is undergoing its post-production works. We are planning to release the film worldwide in December.”

Everyone is expecting that after ‘Khaidi’, ‘Donga’ will score another blockbuster for Karthi.