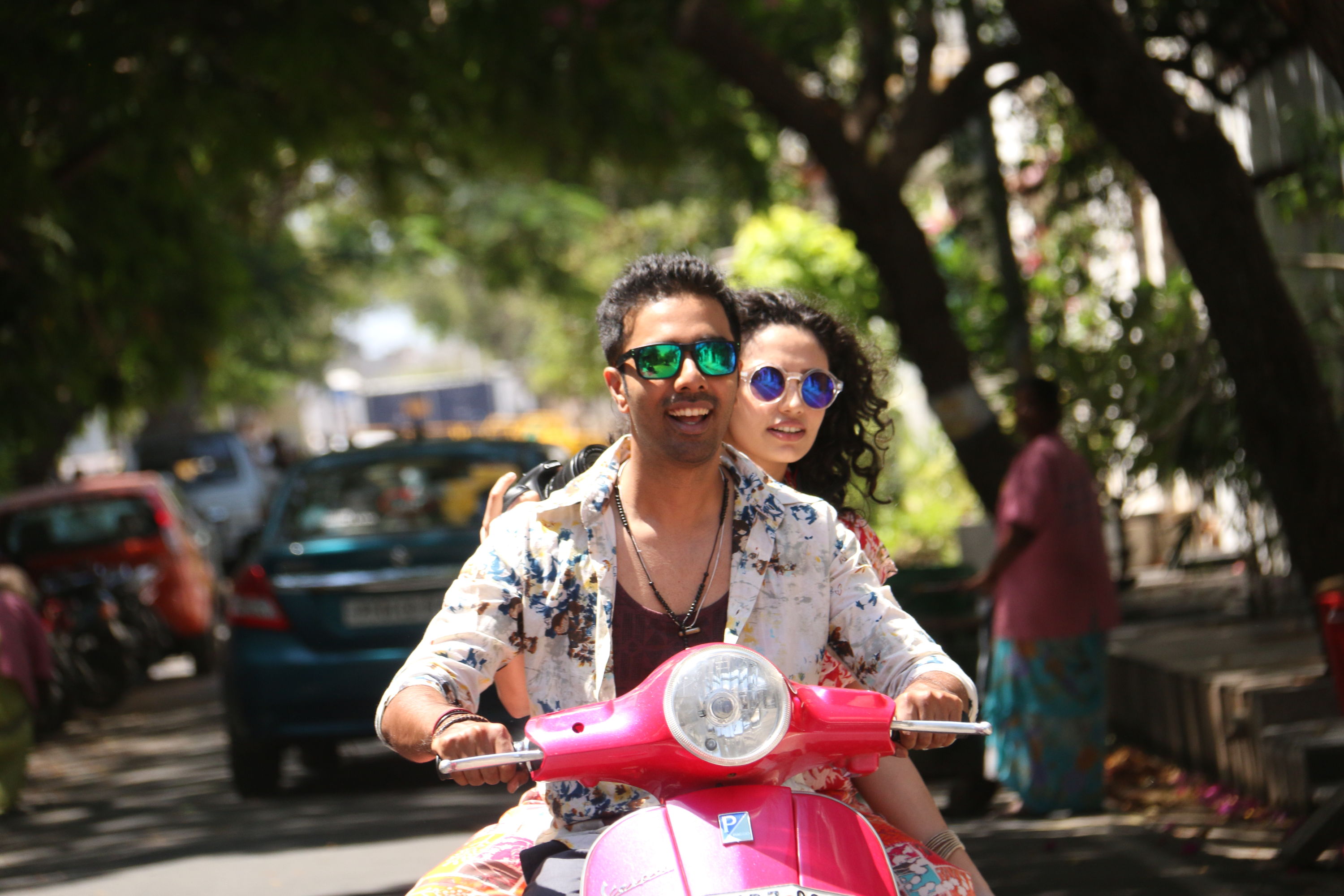 Veera-Malavika starrer Arasiyalla Ithellam Satharanamappa directed by Avinaash Hariharan and produced by Kavya Venugopal of Auraa Cinemas is all set to hit screens on December 27, 2019. The film is a comedy entertainer with an ensemble star-cast including Pasupathi, Robo Shankar, Sha Ra, Naan Kadavul Rajendran and many others.

Avinaash Hariharan, director of the film says, “Finally, we are delighted in announcing that our ambitious and dream project ‘Arasiyalla Idhellam Saadharanamappa’. The film has all elements to keep the audiences engrossed and entertained with lots of rib-tickling moments. The film revolves around multiple characters and how their lives are interwoven with a comedic factor forms the basic premise.”

While the visual promos of the film have assured 100% guaranteed fun-filled entertainment, there’s something really special about this movie. All these lead character – Veera, Malavika and Pasupathy were seen depicted with serious characters in their erstwhile movies. So what’s the actual reason behind getting them onboard for a comedy caper? Ask Avinaash and he says, “If we can deeply look into the list of movies they have done, they would have carried the hilarious shade in some way. Especially, Pasupathi sir, who is a genius when it comes to getting himself portrayed in any roles. I would say that Veera is sure to have a changeover with this film for he completely gets himself into the skin of a fun-filled character. When it comes to Malavika, she has proved herself to be perfect in diversified roles in Tamil, Telugu and Malayalam movies. While she grabbed our attentions emotionally with her performance in ‘Cuckoo’, she didn’t miss to amuse us with her bubbly character in ‘Yevade Subramanyam’. In this aspect, these artistes have given more life to the film and not to miss the presence of Robo Shankar, Sha Ra, Naan Kadavul Rajendran and others, who will pep up the humour quotients.”

Written and directed by Avinaash Hariharan, the film has musical score by Madley Blues and cinematography handled by Sudarshan and editing by Praveen Antony. Edward Kalaimani (Art) and Dhilip Subbarayan (Stunts) are the others in the technical team. The film is produced by Kavya Venugopal for Auraa Cinemas.