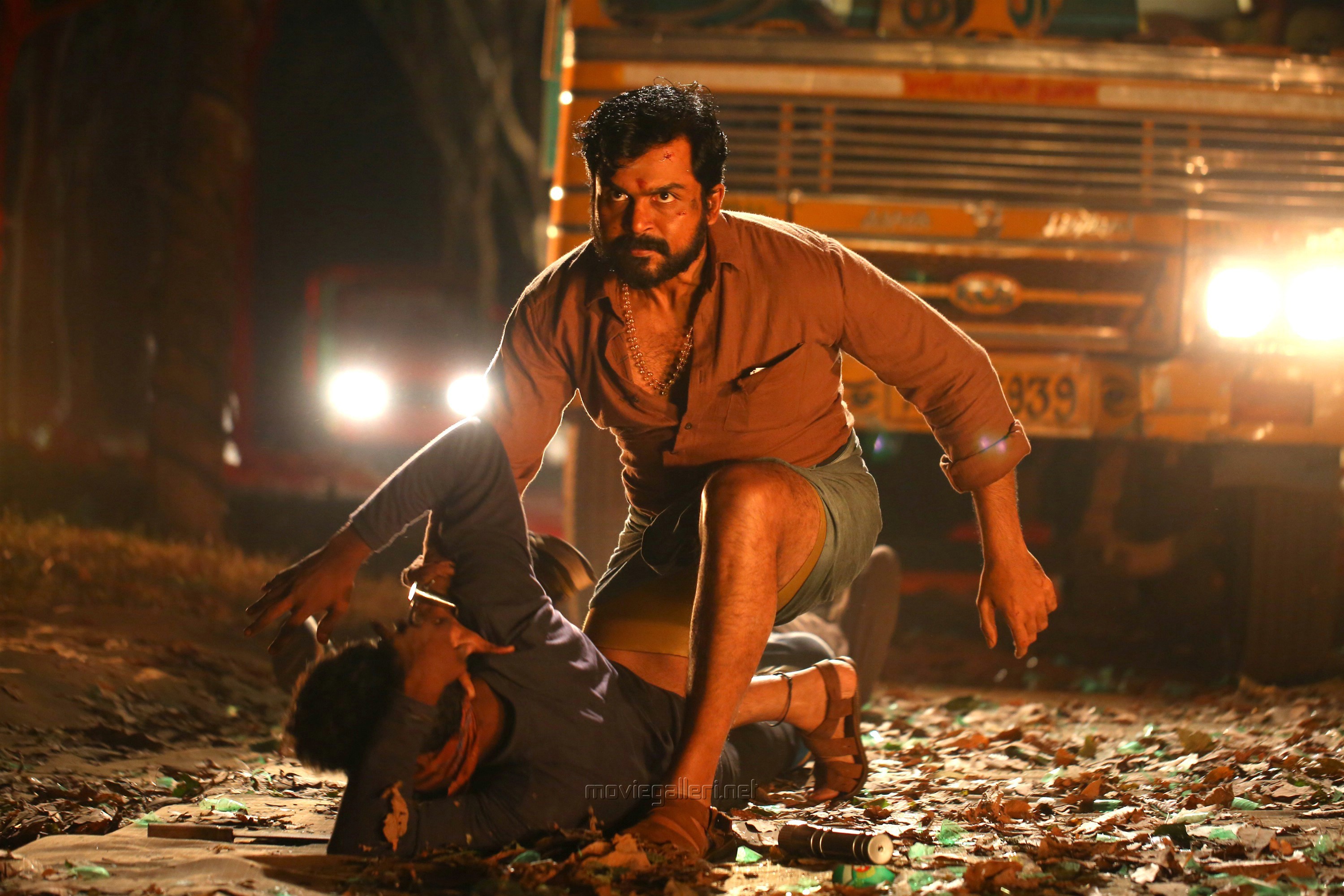 Angry Hero Karthi is coming with different action thriller ‘Khaidi‘ Produced by SR Prakash Babu, SR Prabhu, Tiruppur Vivek under Dreamwarrior Pictures in Lokesh Kanakaraj’s Direction. The film is getting ready to hit the screens worldwide as Diwali gift. Recently released theatrical trailer is getting rave response from the audience.

On this occasion, Angry Hero Karthi said, ” We are planning to release ‘Khaidi’ for this Diwali. This film doesn’t have any songs and romance. It will be a different ride with action and thrilling elements. I hope everyone will get thrilled while watching this film.”

Sri SathyaSai Arts KK RadhaMohan who is releasing ‘Khaidi‘ in Telugu states said, ” This film is quite different to the regular films. It runs on a unique concept without Songs and Heroine. This different action thriller has father – daughter sentiment angle which is very crucial in the film. Karthi is know for doing different films. After his ‘Yuganikokkadu’, ‘Awara’, ‘Naa Peru Siva’, ‘Oopiri’, ‘Khakee’, ‘Khaidi’ stands as different yet unique film from him. The film runs on a highly gripping note right from the start. The trailer is getting tremendous response. The film is releasing as a Diwali gift. I am very happy to release the film on Sri SathyaSai Arts banner for the audience of Telugu States.