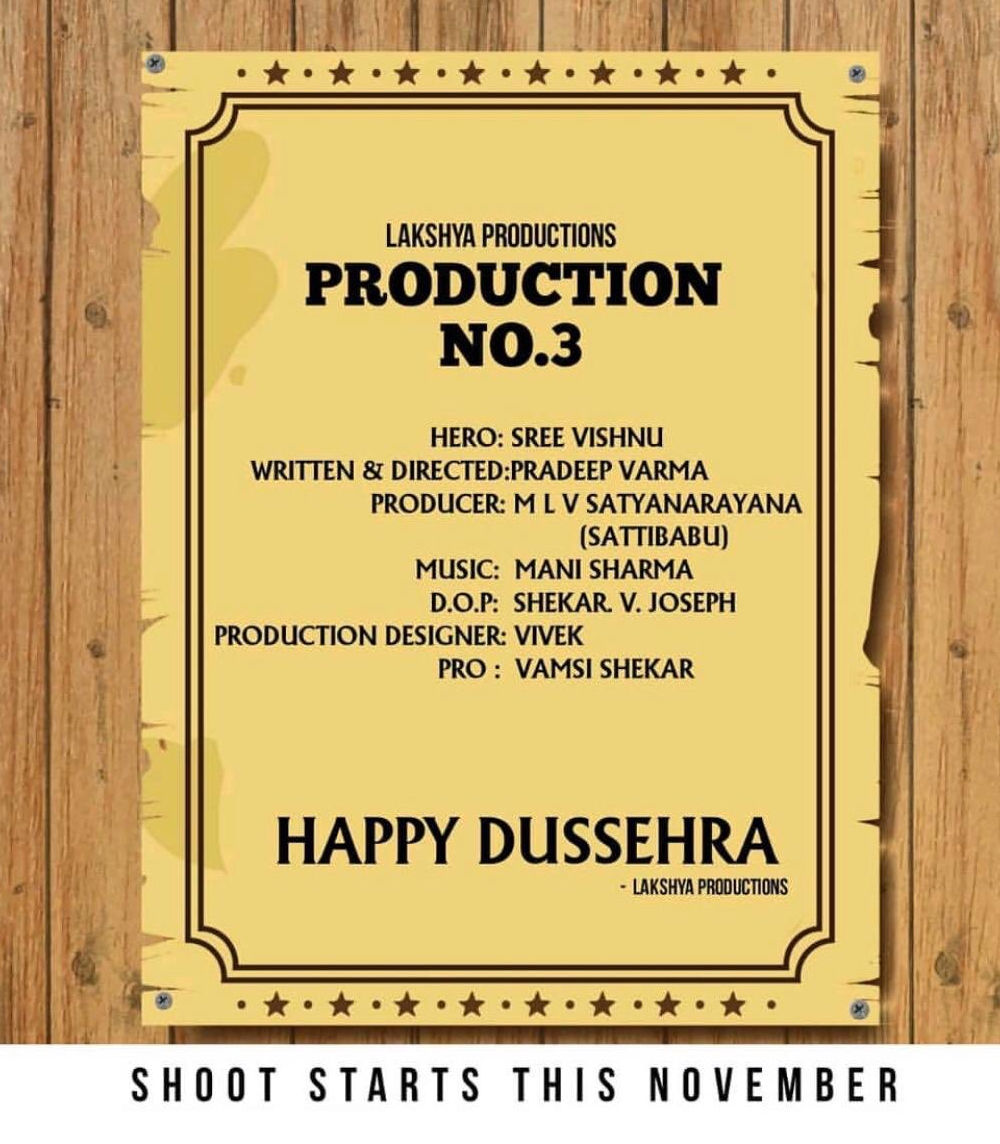 Hero Sree Vishnu is known to select different scripts and score hits. His film ‘Brochevarevarura’ was a commercial hit at the box office. His new film is announced on Dussehra festival day.

To be written and directed by Pradeep Varma, this is a different cop drama and hero Sree Vishnu is going to play the role of a police officer. This is for the first time he will be seen as a cop.

The regular shooting of the film will begin from November but before that the makers will host a formal launch in the coming days.

Also the makers will finalise the rest of the cast before going for the shoot.

M L V Satyanarayana (Sattibabu) will be producing this untitled movie under Lakshya Productions and this is their production number three.