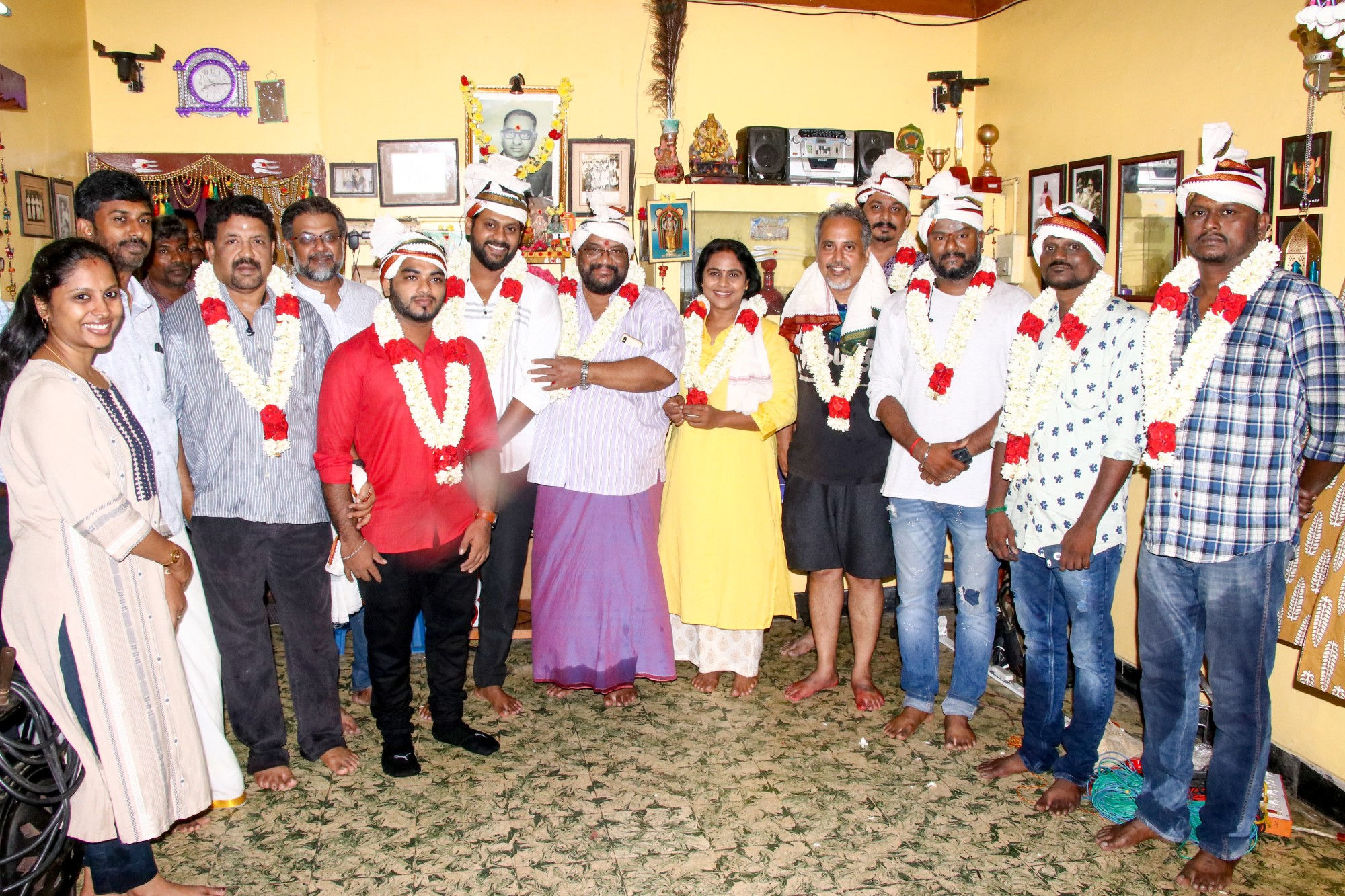 Recently, the official announcement pertaining to Rio Raj starrer new film produced by Positive Print Studios was made. Today, the film’s shooting commenced in Chennai with a formal ritual pooja that was attended by the cast and crewmembers of the film. “It is indeed a blessing to initiate the shoot on a rainy day, which is a rare phenomenon in this part of the country. I could sense positive all around and this indication spells success” says the Director.

The film will be out and out entertainer produced by Rajesh Kumar and L. Sinthan for Positive Print Studios. Apart from the star-spangled cast, the film has yet another spectacular attraction of Yuvan Shankar Raja’s musical score. The others in the technical crew comprises of A.C. Karunamoorthy (Story), B. Rajashekar (Director of Photography), Sam RDX (Editor), RK (Dialogues), Stunner Sam (Stunts), Saravanan (Art).