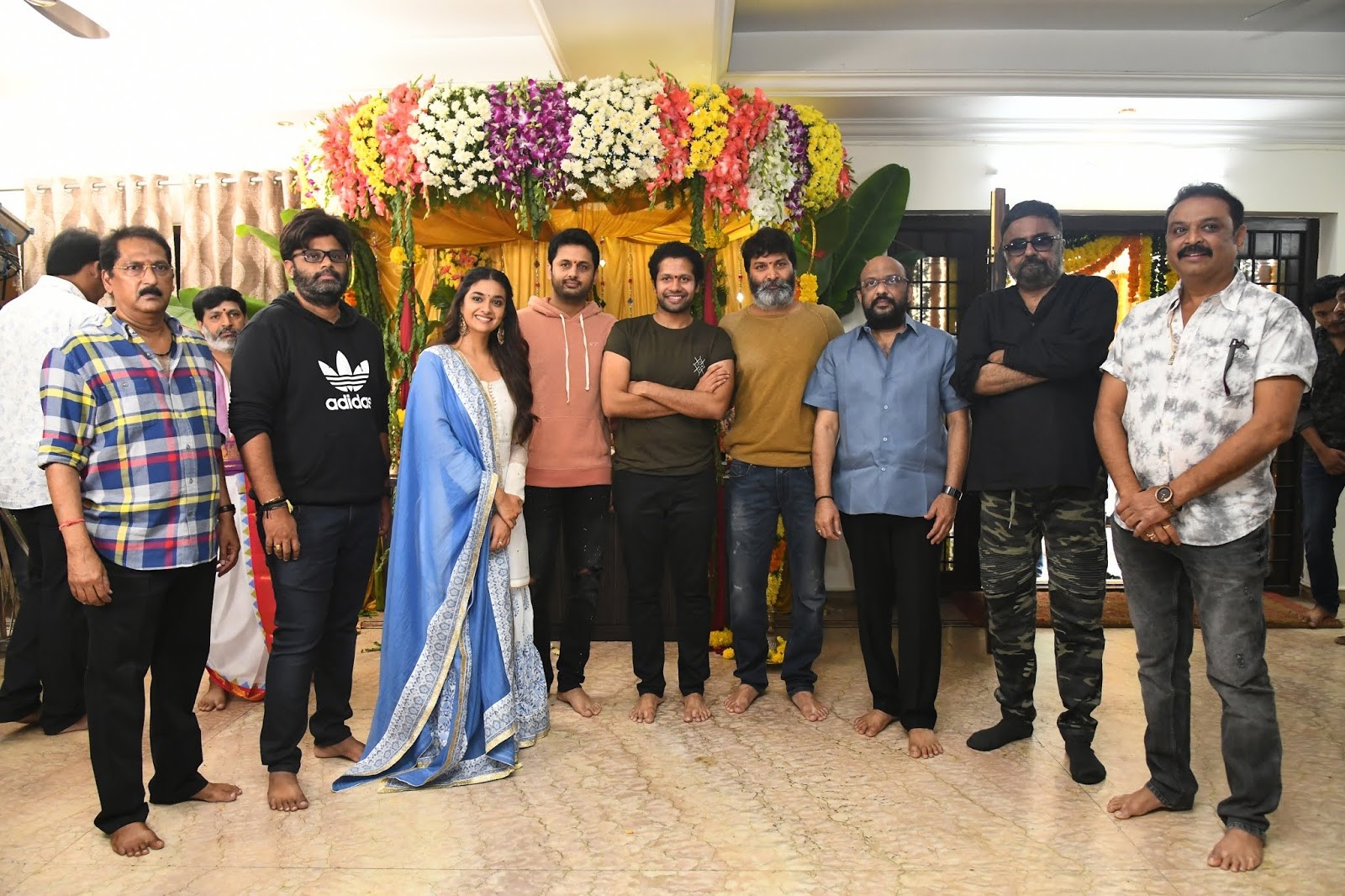 ‘Rang De’ is the first movie with the combination of ‘Yuva Kathanayakudu’ Nithin and ‘Mahanati’ Keerthy Suresh which is being bankrolled under the banner of Sithara Entertainments. The movie has been launched on the auspicious date of Dusshera.

After expertly crafting the love genre with ‘Tholi Prema’ and ‘Mr.Majnu’, highly skillful young Director Venky Atluri has been entrusted with the role of directing this movie by producer ‘Suryadevara Nagavamsi’.

Today (8/10/2019) at 10.49 AM, with the Pooja ceremony being held at Sithara Entertainments premise, Rang De has been launched.

Illustrious director Trivikram gave clap over to the lead actors Nithin and Keerthy Suresh. Successful Producer Dil Raju and ‘Hasini and Harika Creations’ owner S. Radha Krishna (Chinnababu) handed over the script to the director Venky Atluri. The owner of ‘Pragati Printers’, Paruchuri Mahendra switched on the Camera. Prominent producers such as Dil Raju, Gemini Kiran, Sudhakar Reddy, Harshit and more have participated in the ceremony.

On this opportune occasion, Director Venky Atluri has expressed that the story of this movie is a feel good love story which would also be enjoyed by family audience. He also said wokring with the Legendary cinematographer P.C Sreeram is something that he is very excited about. One of the leading music directors in the industry, Devi Sri Prasad is composing music for this film.

The director claims that his music would be a big asset to the movie. The shooting for this movie which has started on Vijaya Dashami would continuesly happen after the festival. Producers have planned a 2020 Summer release for this movie ‘Rang De’.Apart from the lead pair of Nithin and Keerthy Suresh, prominent actor Naresh, Rohini, Kousalya, Bramhaji, Vennela Kishore, Satyam Rajesh, Abhinav Gomatam, Suhas and others are acting in the movie. 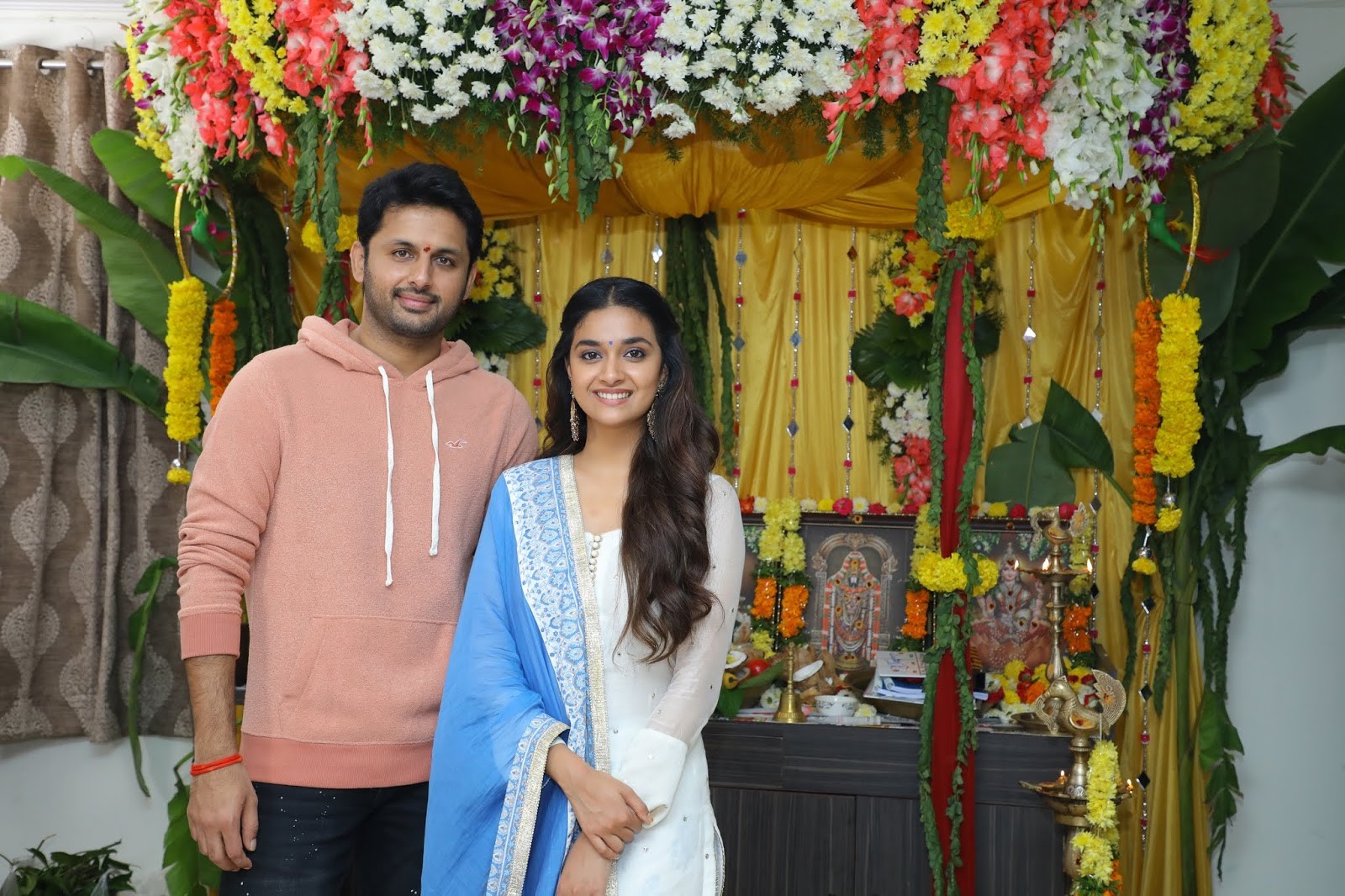 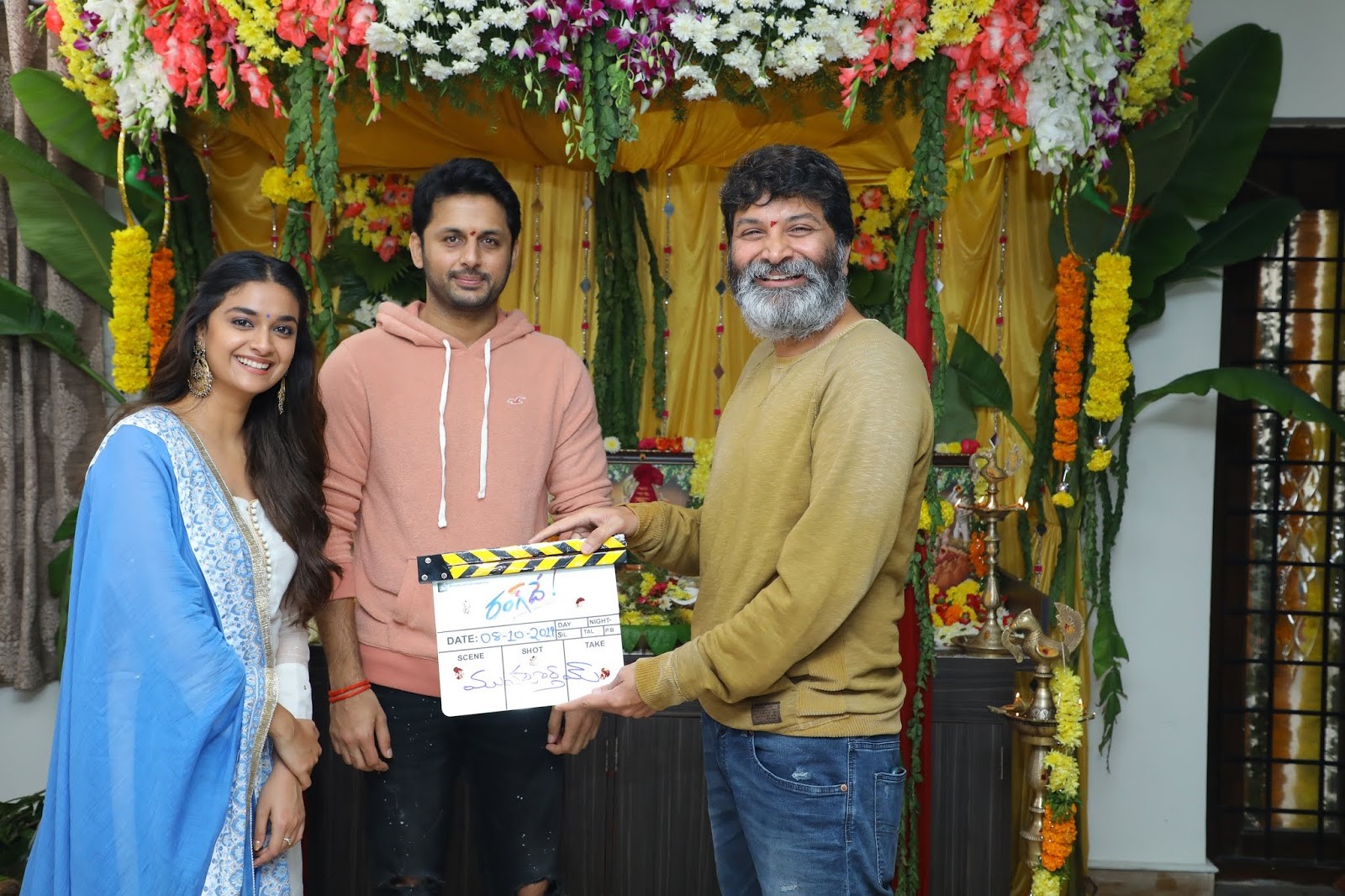 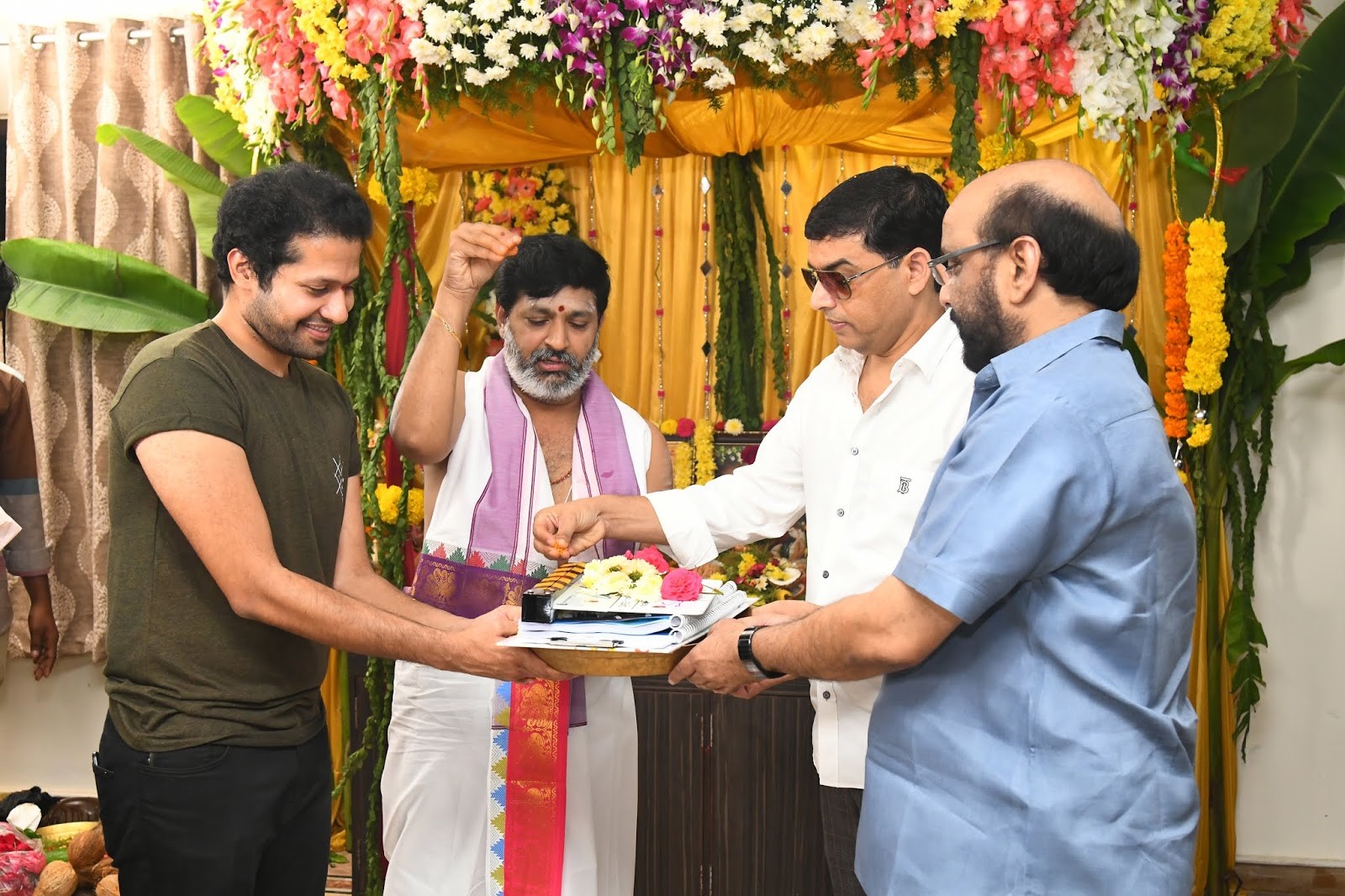