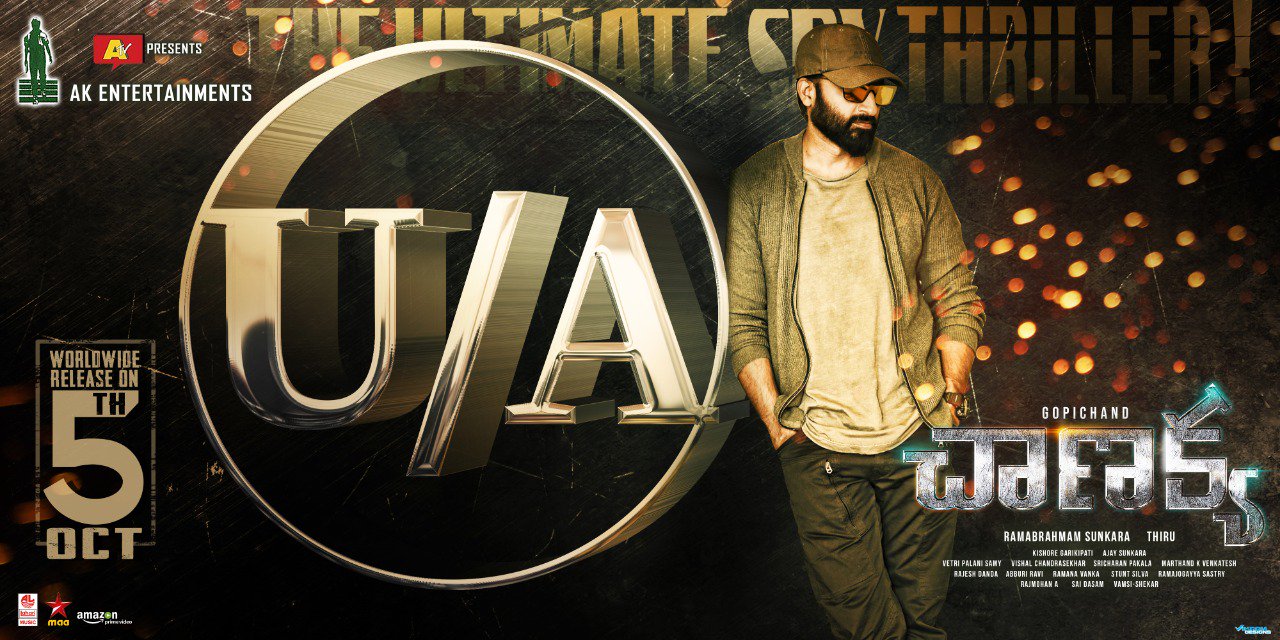 Macho hero Gopichand’s upcoming movie ‘Chanakya’ has completed the censor formalities and got ‘U/A.’ The film is slated for release on October 5th.

This is a spy thriller, and the response for the teaser, songs, and trailer has been amazing. The film is making positive buzz ahead of its release.

Thiru is directing the movie which has Mehreen in the female lead role while Zarine Khan is debut in the south.

Vishal Chandrasekhar and Sricharan Pakala have composed music for the film while Vetri handled the cinematography.