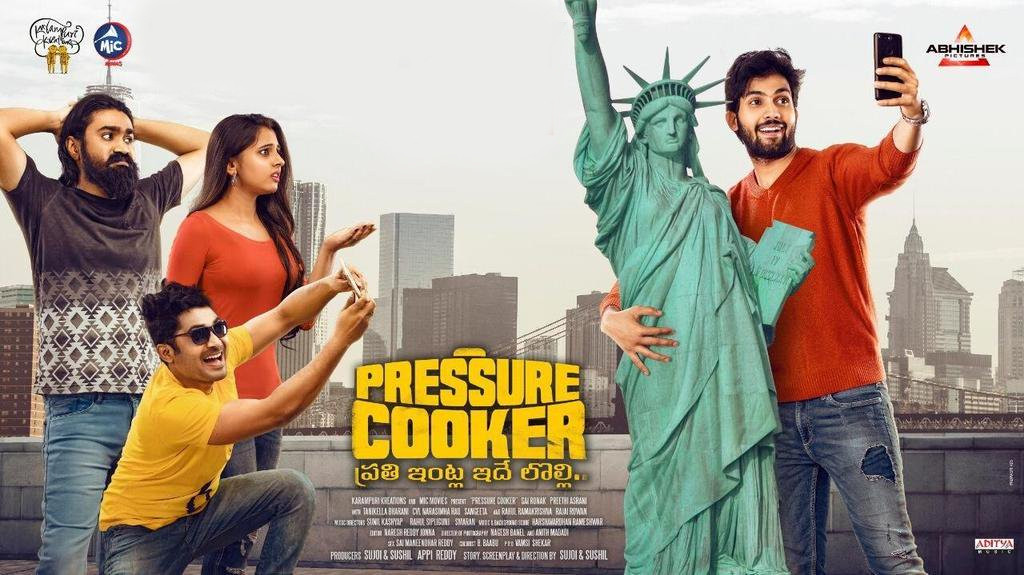 Successful distributor and producer Abhishek Nama has acquired the theatrical rights of the movie ‘Pressure Cooker’.

Starring Sai Ronak and Preethi Asrani, the newly released teaser of the film is getting a good response. Impressed by the concept of the film, director Tharun Bhascker has cut the teaser of ‘Pressure Cooker.’

The directors duo Sujoi & Sushil along with Appi Reddy are producing ‘Pressure Cooker’ under Karampuri Kreations and Mic Movies banners.
The film will be hitting the cinemas in November.