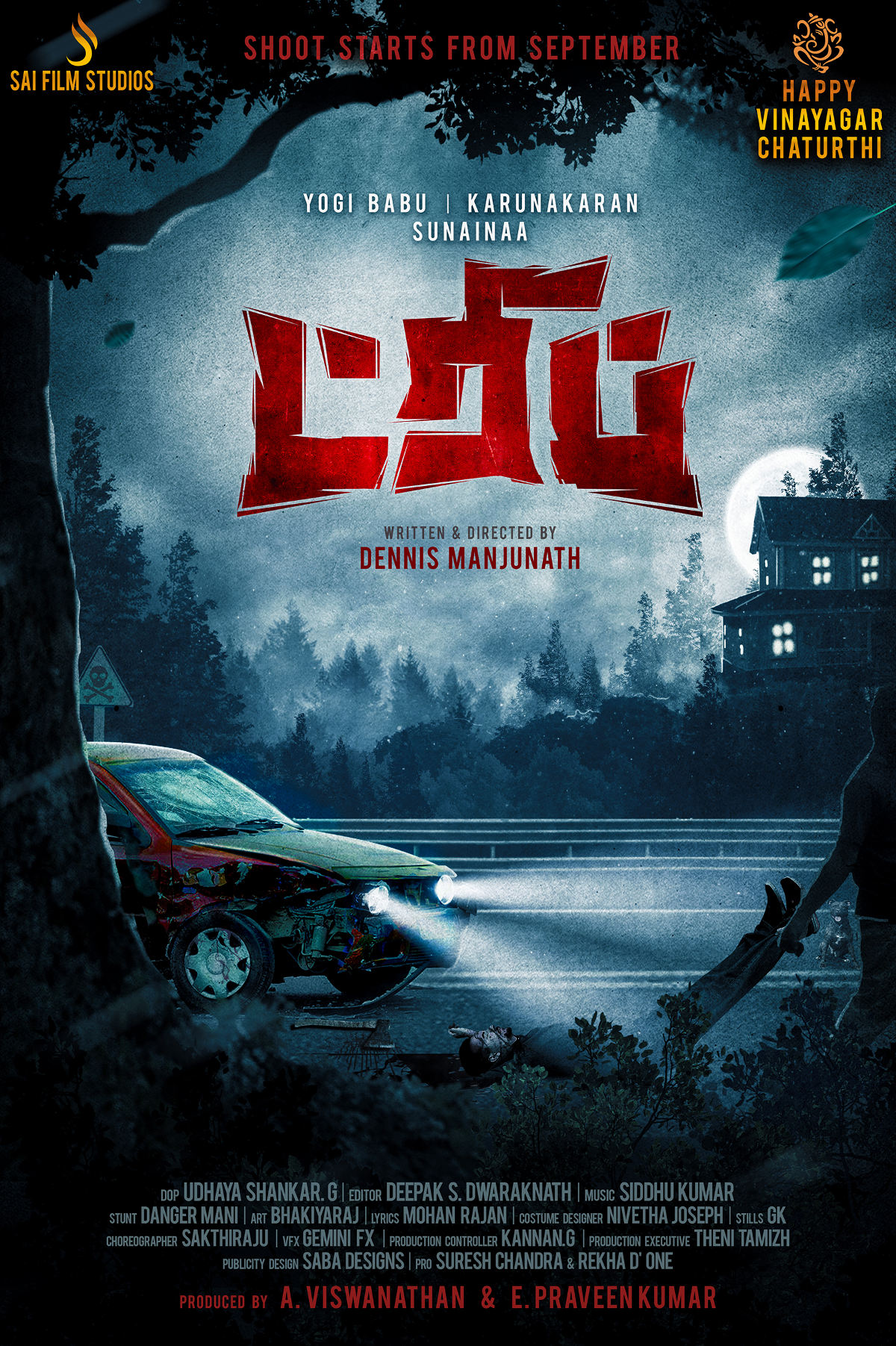 Both Karunakaran and Yogi Babu carved a niche for themselves in the industry by setting different paradigms of humorous spell in movies. Now, they’ll be offering some unlimited laughter by teaming up for a film titled ‘TRIP’, a dark comedy laced with Sci-Fi and Thriller elements. The film marks the directorial debut of Dennis, who worked as associate director with Sam Anton in Atharvaa Murali starrer “100”.

Director Dennis says, “Trip is a Travel based film that has a blend of dark comedy, Sci-Fi and Thriller. The story revolves around two men (played by Karunakaran and Yogibabu), who make a plan for an adventurous Trip to one destination and unexpected events that happen when they come across a bunch of 5 boys and 4 girls, who are on a trip forms the major crux.”

On casting Karunakaran and Yogibabu, Dennis says, “While working in “100”, Yogi Babu got to know about me and asked me to meet him after I am done with the script. Apparently, while thinking about the other character, which travels alongside Yogi Babu’s role, I could feel that Karunakaran will do complete justice to it. Moreover, both of them have a special ability to evoke humour irrespective of what the genre or story premise is.”

He continues to add about others in the cast and crew saying, “Praveen Kumar, who had played a vital role in 100 will be seen as one of the key leads along with Karunakaran, YogiBabu , Sunaina and the other boys in film. . . Siddhu Kumar, who is now greatly appreciated for his work in Sivappu Manjal Pachai, is composing music. Udhay Shankar is cranking camera and Deepak is handling editing. I thank producer Viswanathan sir and Praveen for showing interest on this script and producing it.”

Produced by Viswanathan and Praveen for Sai Film Studios, the movie will be launched on the festive occasion of Onam followed by commencement of shooting from September 16. Director Dennis tots up saying that the entire shoot will be completed in a single stretch of schedule 0f 40 days in Talakona followed by Kodaikanal and Chennai .