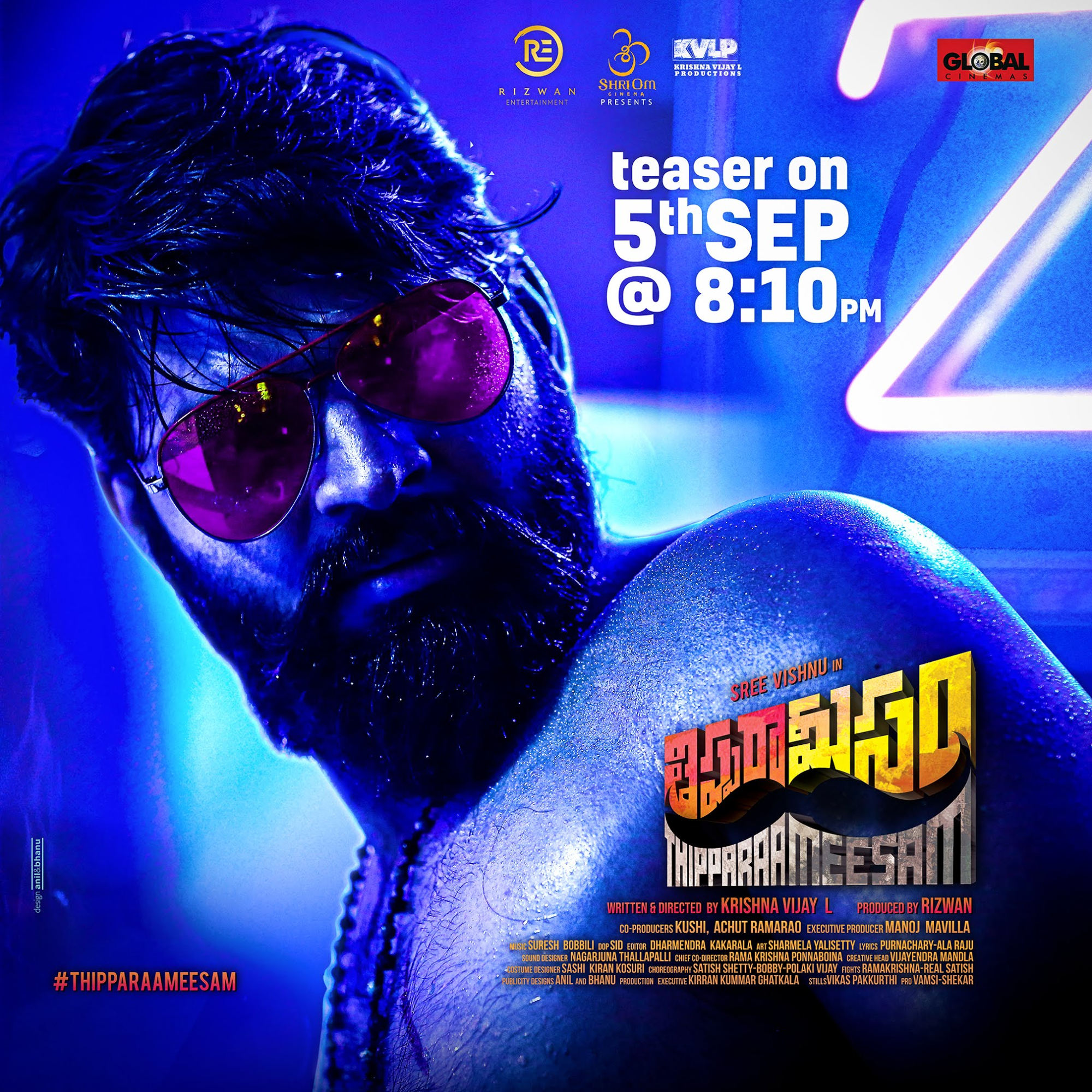 Young hero Sree Vishnu is starring in the film ‘Thipparaa Meesam’ and the teaser of it will be out tomorrow i.e, on September 5th at 8:10 PM.

Being directed by Krishna Vijay L, this is an action drama. Hero Sree Vishnu will be seen in a new look and has underwent a makeover for his role.

Nikki Tamboli is playing the female lead role while Suresh Bobbili is composing music. Sid has handled the cinematography for this film which has wrapped up the shooting and post-production works are going on.