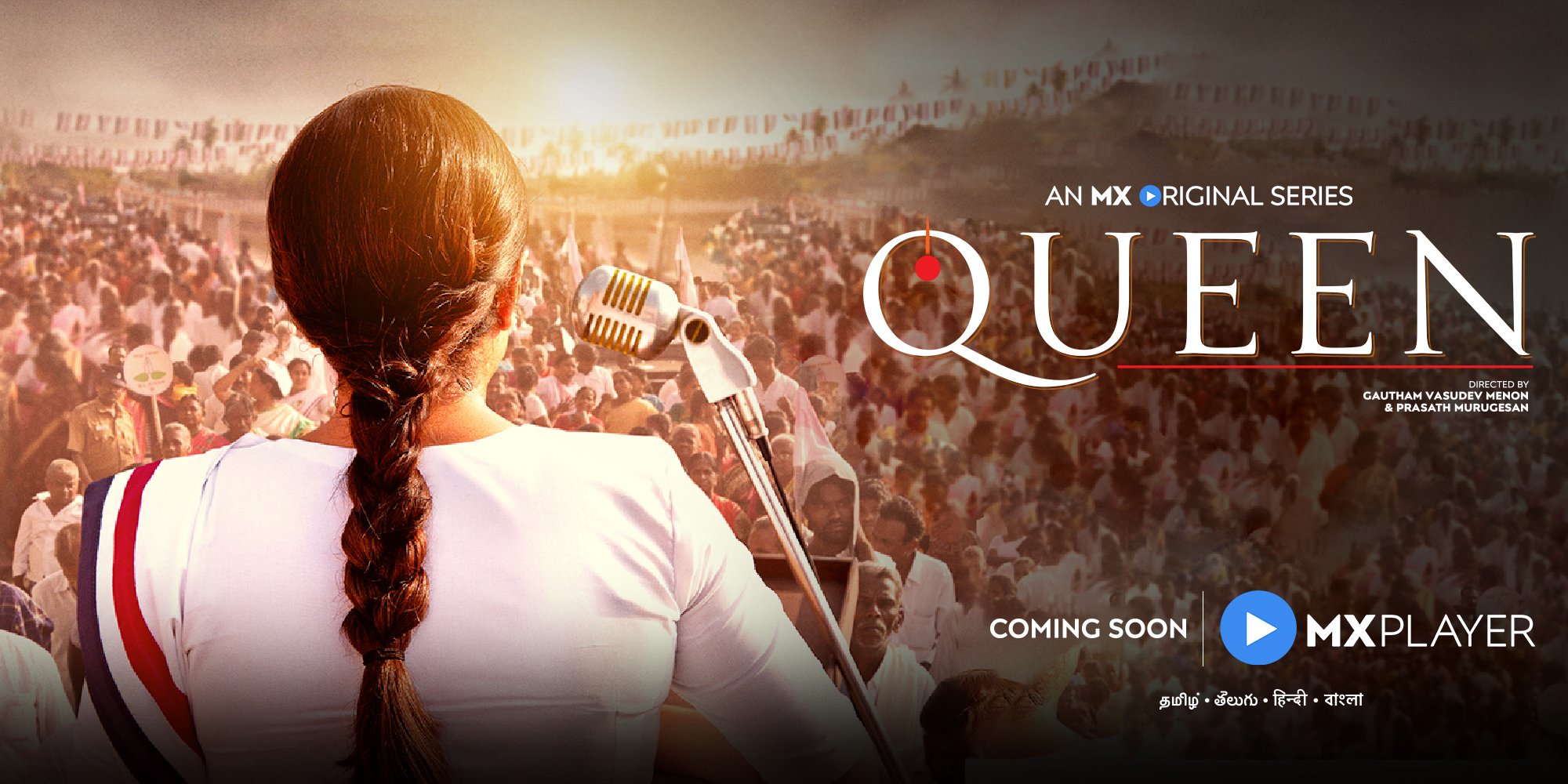 Queen narrates the story of a political icon who ruled with benevolence as well as with an iron hand. Ramya Krishnan, who portrayed the unflappable Sivagami in SS Rajamouli’s Baahubali franchise, is now set to play the role of a prominent politician in this drama.

Directed by Gautham Vasudev Menon and Prasath Murugesan, this drama is written by Reshma Ghatala. The story of the web series has been adapted from the book The Queen written by Anita Sivakumaran.

While Ramya Krishnan plays Jayalalithaa in the series, MGR’s role is played by the Malayalam actor Indrajith Sukumaran.

MX Player eyes the regional pie with the launch of this marquee Tamil web series that will release in Hindi, Telugu and Bengali as well. Queen will stream for free on India’s leading digital streaming platform MX Player.