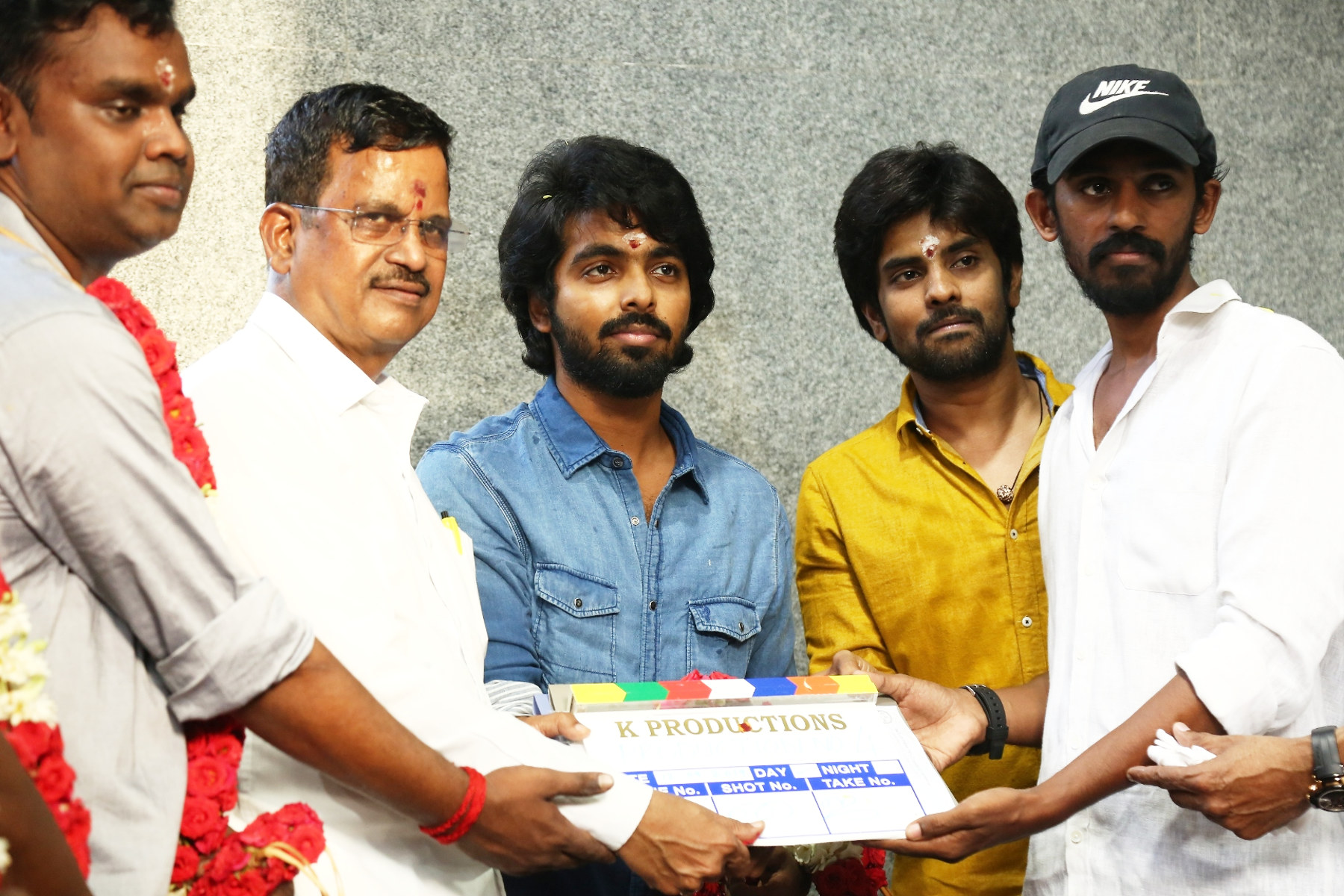 “K Productions” is one of the biggest production company ,which they are very keen about producing quality films in the industry. Producer S N Rajarajan the proprietor of K Productions is all set now to join wih GV Prakash Kumar for his upcoming film.

Director Mathimaran Pugazhendhi who earlier worked as an assitant director to Vetri Maran makes his debut with this film. In this film, Versatile actress Varsha Bollamma who has done Seema Thurai,96 and Upcoming movie Bigil now pairs up with GV Prakash. Vaagai Chandrasekar, and debutant actor Guna plays an important roles in the film.

For the technical crews,our hero GV Prakash scores the music,Vishnu Rangasamy handles the dop, while Ilayaraja handles the editing portions.

In this movie GV Prakash takes up his role as a college student and the story revolves around how a student faces the difficulties that appears outside the college. This is a pucca commercial action film that includes the elements of love and emotions. The entire team had a pooja ceremony helmed at AVM Studio today(12.09.2019).The pooja ceremony has witnessed Producer Kalaippuli S Thanu, Directors Vetri Maran, Samuthirakani, Subramaniya Siva, Sarvanan and Ilan as chief guests at the event.