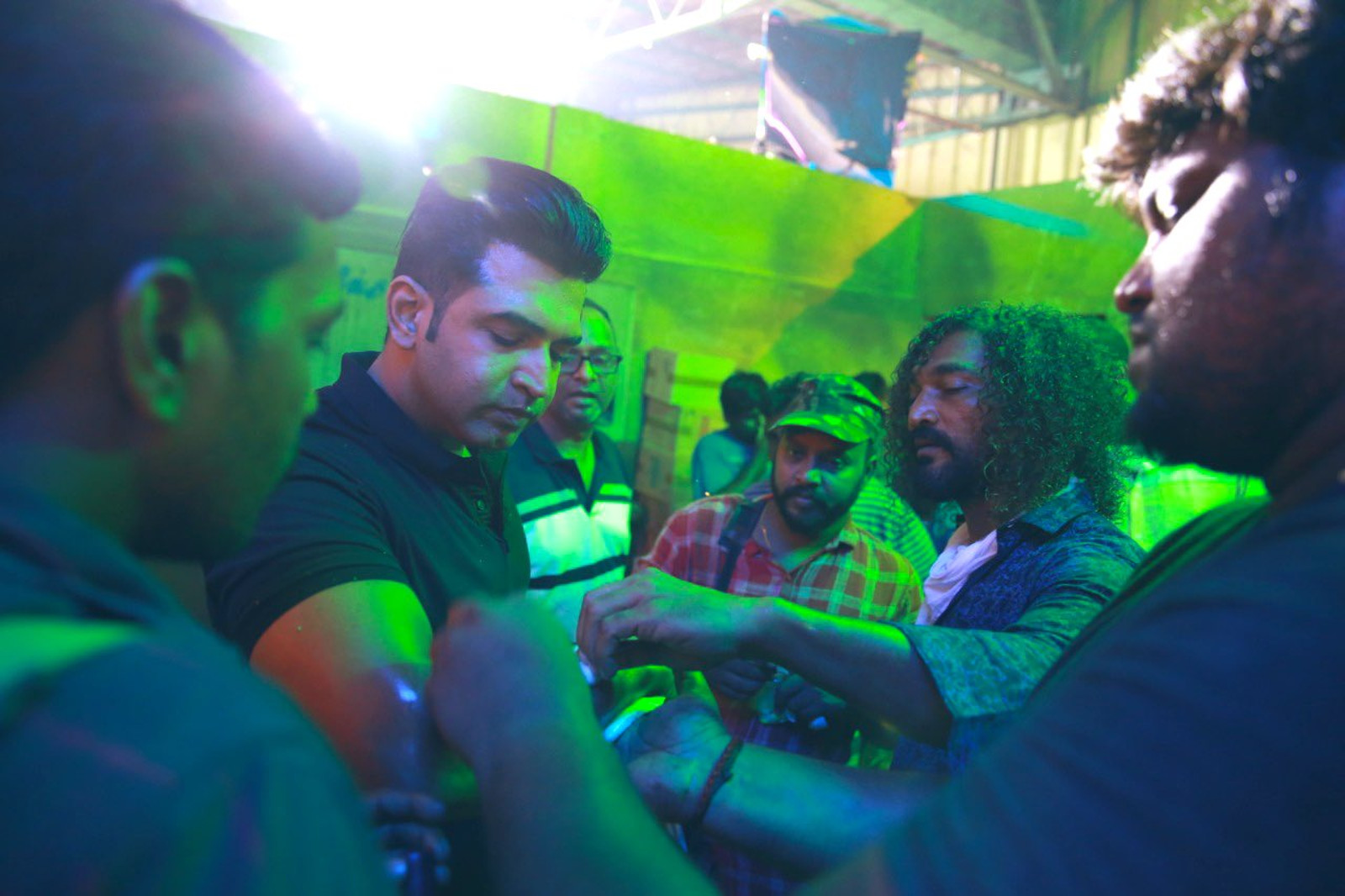 Actor Arun Vijay’s career graph has always been a mixture of success and scars together. In fact, he considers those ‘scars’ as his secret of success for he has gone through several injuries while performing stunts and has enjoyed them rather than brooding in pain. The actor encountered an unexpected injury as a glass slit his forearm while shooting an action sequence for his upcoming film “AV 30”, directed by GNR Kumaravelan.

Actor Arun Vijay smilingly says, “Yes, it was something unexpected and of course, it’s a part and parcel of my career as an actor.” He continues to elaborate the mishap adding, “We were actually shooting an action block choreographed by Stunt Silva master that involved a bottle breaking act. Usually, these are done with sugar glass as they are hard, but don’t hurt the persons. Stored in refrigerators, they are supposed to be taken at least 30 minutes before the usage. Nonetheless, it was take only few minutes before the shooting and it cut my forearm. I remained completely unaware about it until it started bleeding. Stunt Silva rushed immediately and gave the first aid.”

The “Mafia” actor tots up saying, “I never feel the pain when I am at work. I chose this journey and love each and every moment of it.”

Tentatively titled as AV 30, Arun Vijay is essaying the role of a police officer after getting critically acclaimed for his performance as cop in Kuttram 23. Produced by Movie Slides Pvt. Ltd, the film is helmed by National award winning director GNR Kumaravelan of ‘Haridas’ fame. Shabir (Sagaa, Nenjamundu Nermaiyundu fame) is composing music, Gopi (Thadam) is handling cinematography with Stunt Silva choreographing stunts.