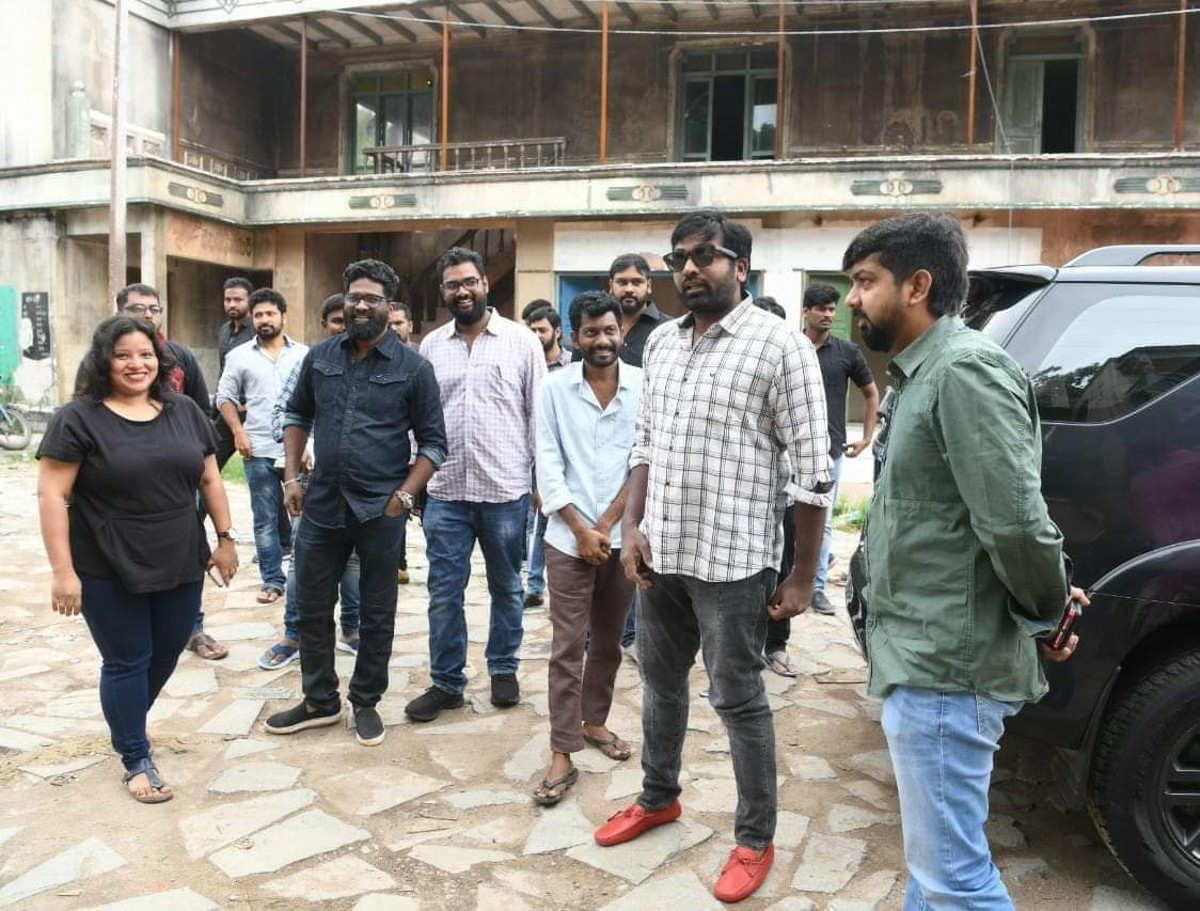 Vijay Sethupathi has started shooting for the film titled ‘Uppena’ which marks the debut of Panja Vaisshnav Tej who is the nephew of Megastar Chiranjeevi.

Buchi Babu Sana who is an assistant of director Sukumar, is directing the movie. The shooting is taking place in a specially assembled set in Sarathi Studios. The set was designed by art director Mounika Ramakrishna.

Hero Vaisshnav and actor Rajeev Kanakala are also taking part in the shooting. With this film Kriti Shetty is debuting as heroine and she too is in the sets along with 500 junior artists.

So far forty percent of the film’s shooting has been completed. ‘Rockstar’ Devi Sri Prasad will be composing music while Shamdat Sainudeen is handling the cinematography. Sukumar Writings and Mythri Movie Makers banners are producing ‘Uppena.’