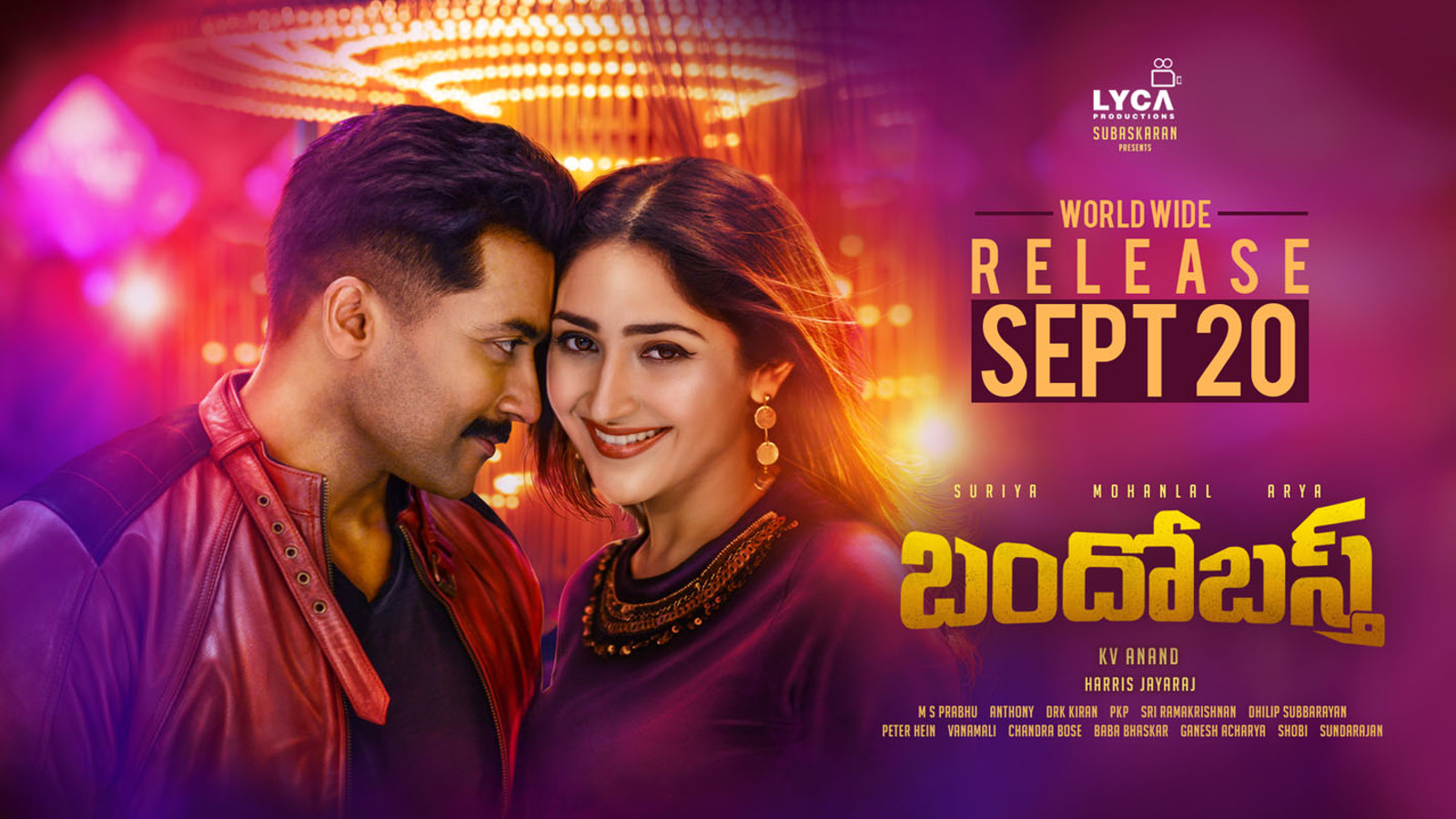 Suriya, the actor who has carved a distinct image with unique films such as ‘Ghajini’ and ‘Singham’ series among the Telugu audience, is getting ready with the novel commercial action thriller ‘Bandobast’. ‘Rangam’ fame director KV Anand has directed this much-awaited movie. Subaskaran of Lyca Productions, who brought the acclaimed film ‘Nawab’ and the visual wonder ‘2.0’ to the Telugu audience, is producing ‘Bandobast’.

Starring Sayyeshaa Saigal as Suriya’s pair and featuring Malayalam superstar Mohanlal in a crucial role (as India’s Prime Minister), this film is slated to release on September 20. Incidentally, ‘Ghajini’, which made Suriya a special star among the Telugu audience, too had released in the same month.

The audio of ‘Kaappaan’, the Tamil version of ‘Bandobast’, was unveiled recently by Superstar Rajinikanth. Harris Jayaraj’s music has received a tremendous response. The Telugu version’s audio will be unveiled soon on Sony Music. A grand pre-release event will be held in the Telugu States soon.

The recently-released teaser of ‘Bandobast’ has received much acclaim. Suriya is seen in different get-ups in the movie. Mohanlal’s powerful dialogues, the story and the screenplay, among others, will be other highlights. The teaser has only raised the audience’s expectations.

The satellite rights have got sold out for a fancy rate, Gemini has bought them.