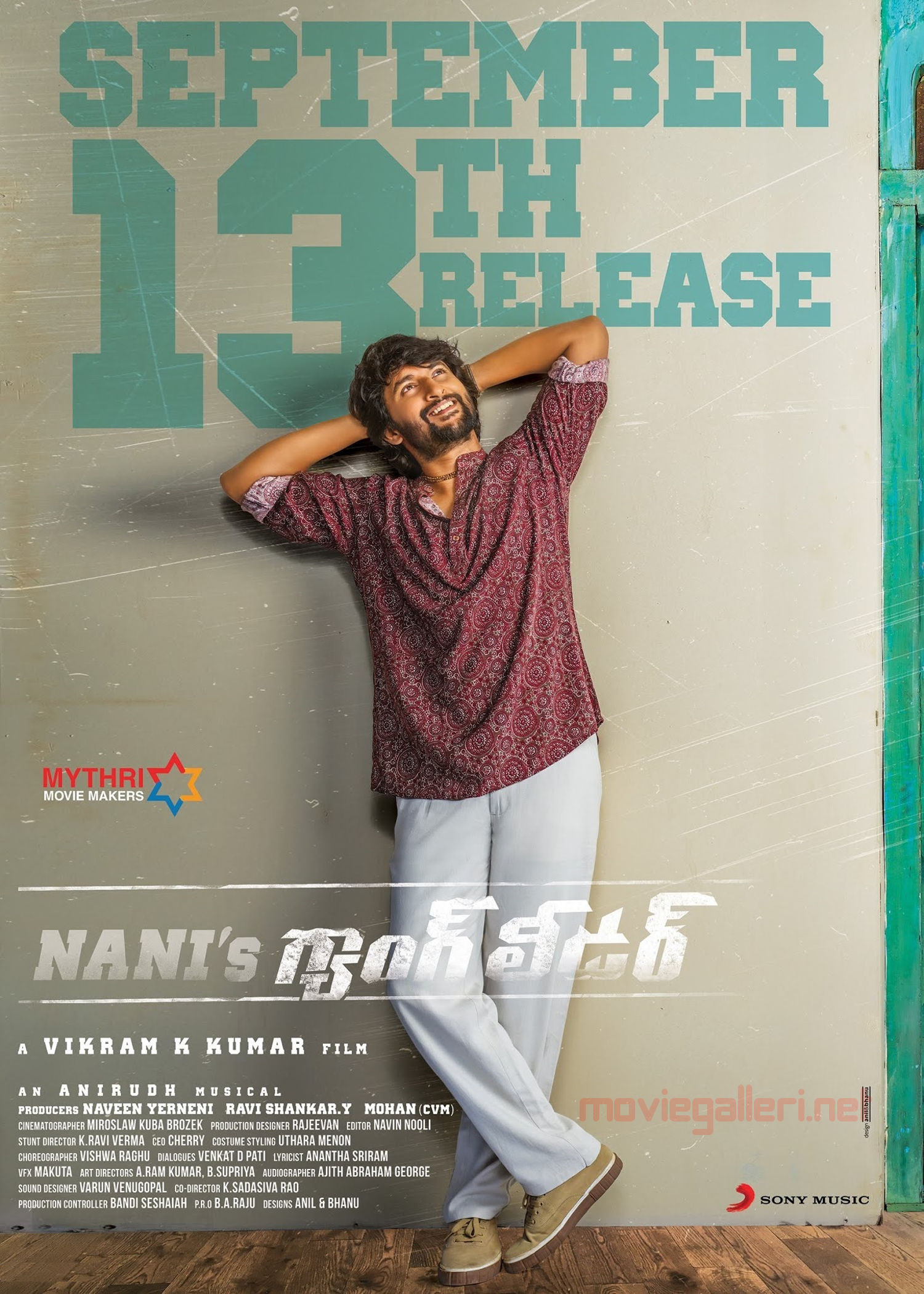 The Film is getting ready to release worldwide on Sept 13th. The pre-look, First Look, First Song, Teaser which were released recently received terrific response for all sections of audience.

‘Nani’s Gangleader’ is being made with an interesting point that looks quite different in family entertainers. Recently released Teaser added more expectations on this film. Anirudh Ravichander composed the music for this film.

Nani’s earlier blockbuster ‘Bhale Bhale Magadivoy’ was released in the month of September. Now he is all set to repeat the success with ‘Nani’s Gangleader’ which is releasing in the same month, September.