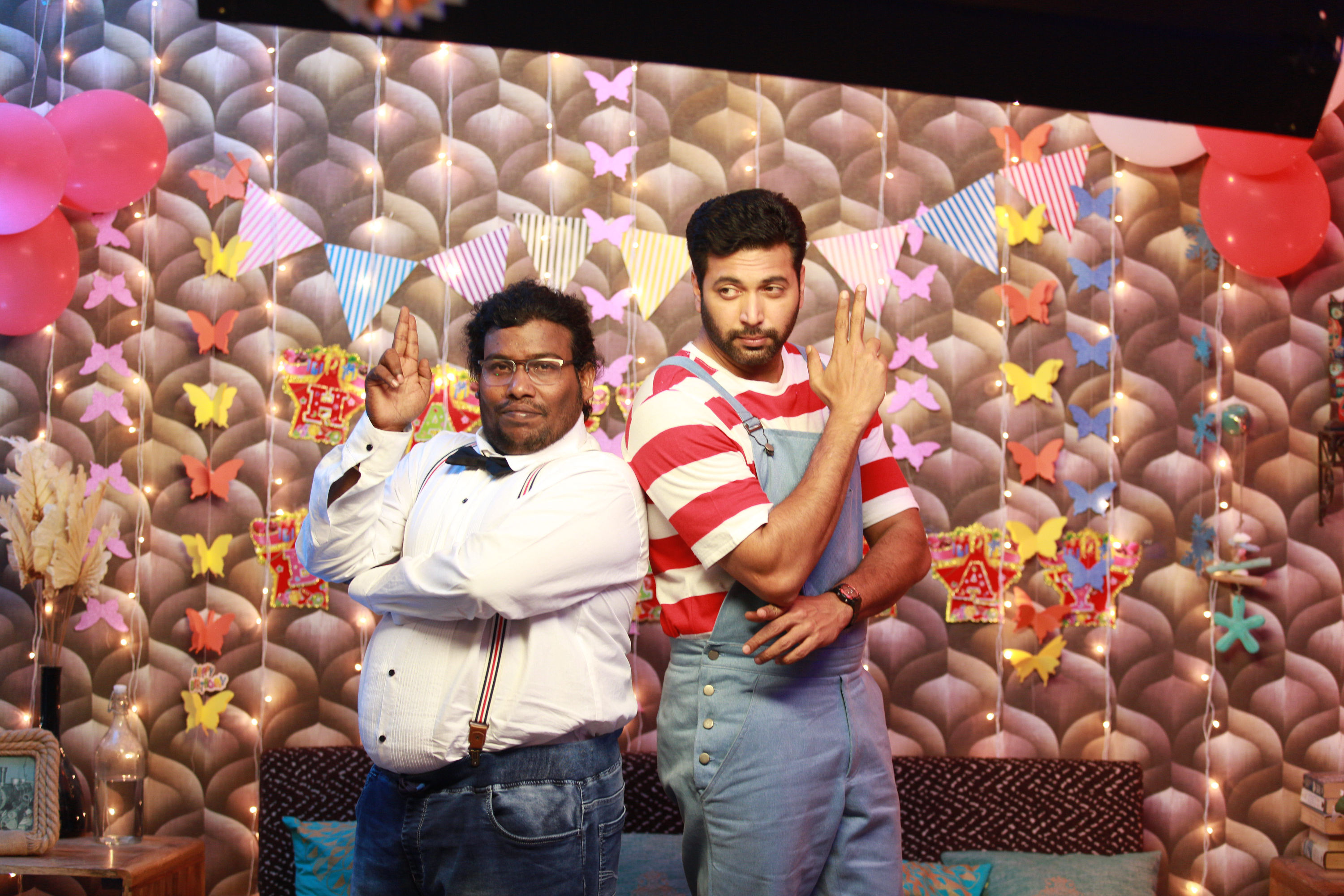 There are lot of cherishing memories for 90s kids, which have become a diminished memory now. With the technological advancements, especially in the cyber space, few things that were regarded as cultural celebrations have diminished. One among them is ‘Lyric Book’ (பாட்டு புக்), which was the center of attraction for every kid in 90s. With the emergence of digital music platforms and portals, it has now got its ‘Electronic’ dimension and of course, which is indeed replaced with ‘Lyric Videos’ now. With ‘Time Travel’ being the celebrated concept in many movies from Hollywood to Kollywood, every 90s kids would actually yearn to travel back to those golden days and relive those sweet memories. Maybe, it’s hypothetical and impossible, but the team “Comali” has something special to offer us now – Bringing back the “Song Book” into existence again.

“There was something really surprising about the reception of Comali trailer. We actually assumed that everyone will enjoy and appreciate the trailer its fun and joy elements for its premise that revolves around the protagonist waking up from coma after 20 years and finding himself isolated due to vast difference. However, the reception came encapsulated with emotional embracement too for many did have a feel of missing some of the best things that were present in 90s. Accordingly, we wanted to regenerate some of the best things of that phase and bringing in ‘Lyric Book’ is our first step. When the film’s audio release would happen, the song books would immediately find a huge demand, which were sold in almost all the public places. There have been times, when people would informally go for advance booking from vendors for these lyric books. However, things have completely changed now. We will be placing the song book of “Comali” comprising the lyrics of all the 5 songs at multiplexes near the film’s standees. The audiences coming to theatres can pick a copy of it. This is just a simple attempt to relive the memories of 90s.”

Scheduled for August 15 release, Comali is written and directed by Pradeep Ranganathan with Dr. Ishari K Ganesh bankrolling it for Vels Film International. The film has Jayam Ravi and Kajal Aggarwal in lead roles with Samyuktha Hegde, Yogi Babu and many more prominent actors as a part of star-cast. Hiphop Aadhi has composed music fo this film and cinematography is handled by Richard M Nathan.