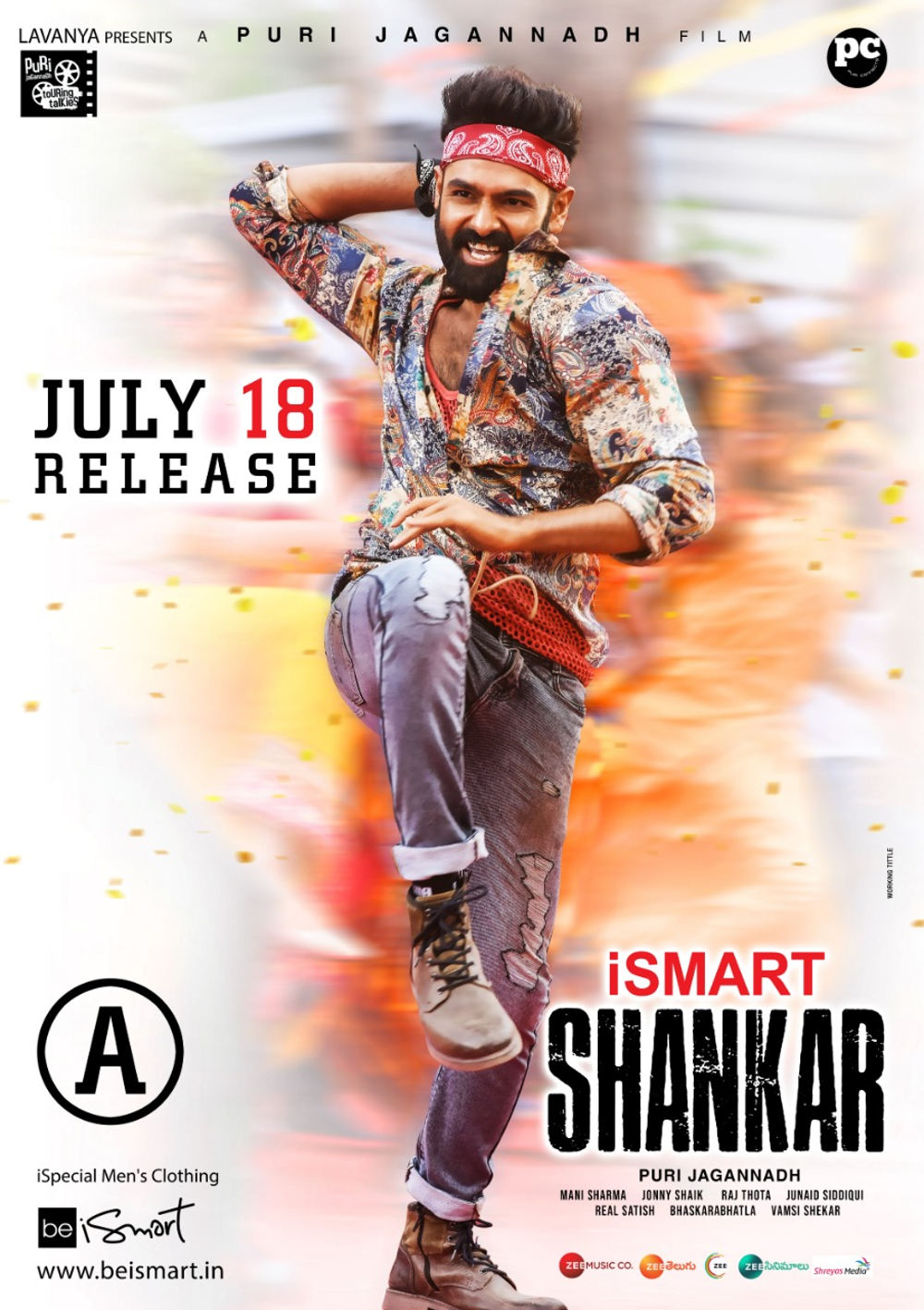 ‘iSmart Shankar’ starring Ram Pothineni, Nidhhi Agerwal and Nabha Natesh in the lead roles, has completed the censor formalities and got ‘A’ certificate. After blockbusters like ‘Deshamuduru’ ‘Pokiri’ and ‘Businessman’ this film got A certificate.

Being the first combination of hero Ram with Puri and there are very good expectations. The trailer of ‘iSmart Shankar’ has garnered a terrific response with Ram’s hyper performance and Puri’s mark dialogues.

Mani Sharma is the music composer of ‘iSmart Shankar’ while Raj Thota handled the cinematography.