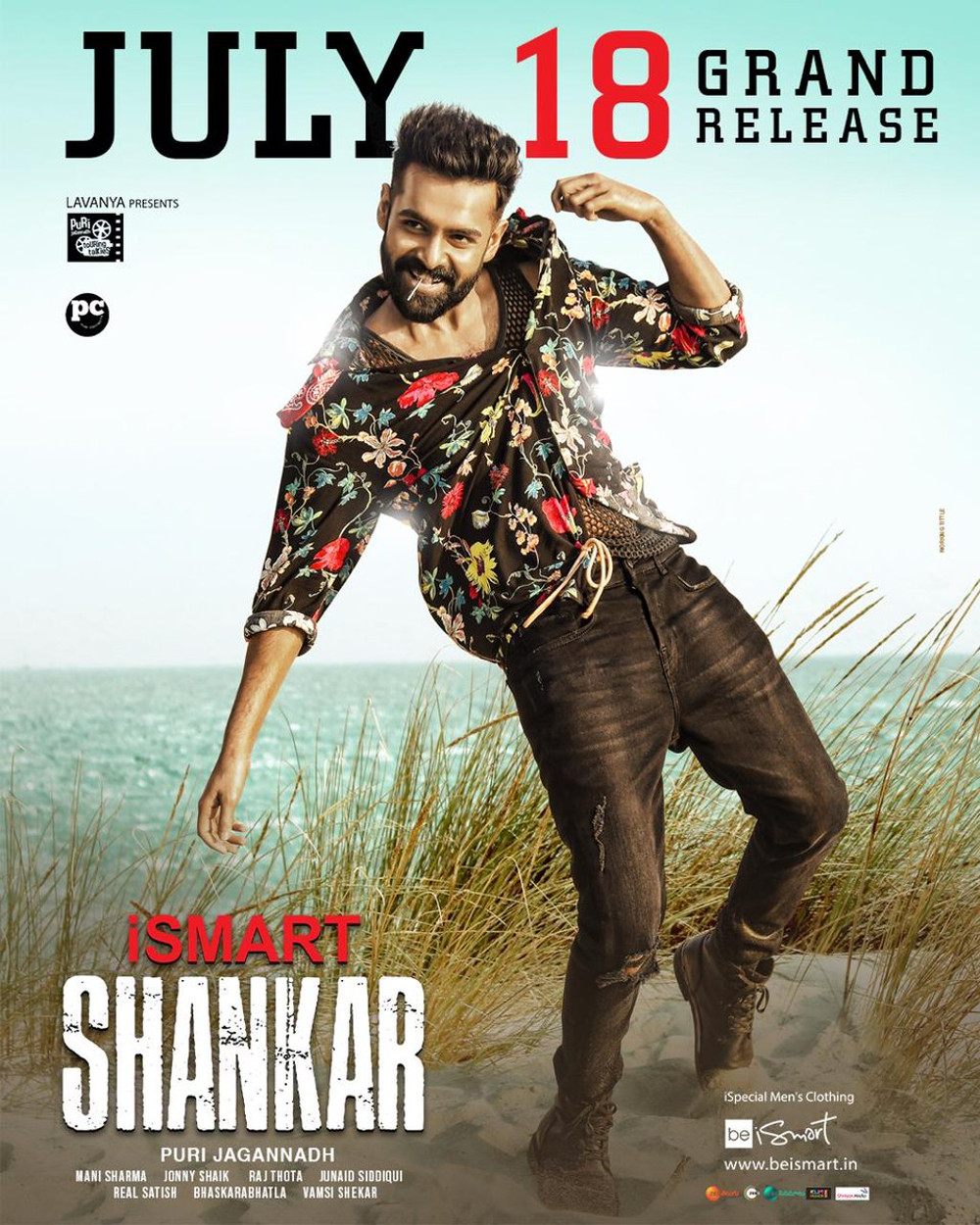 On this note, the producers have officially confirmed the release date on July 18th. The post-production works are going on in full swing.

Mani Sharma is the music composer of ‘iSmart Shankar’ while Raj Thota handled the cinematography. The teaser and songs have garnered a fantastic response and so there are good expectations on the movie.

Puri Jagannadh is directing the film and this is the first combination of hero Ram with Puri. Puri and Charmme are producing ‘iSmart Shankar’ under Puri Jagannadh Touring Talkies and Puri Connects banners.