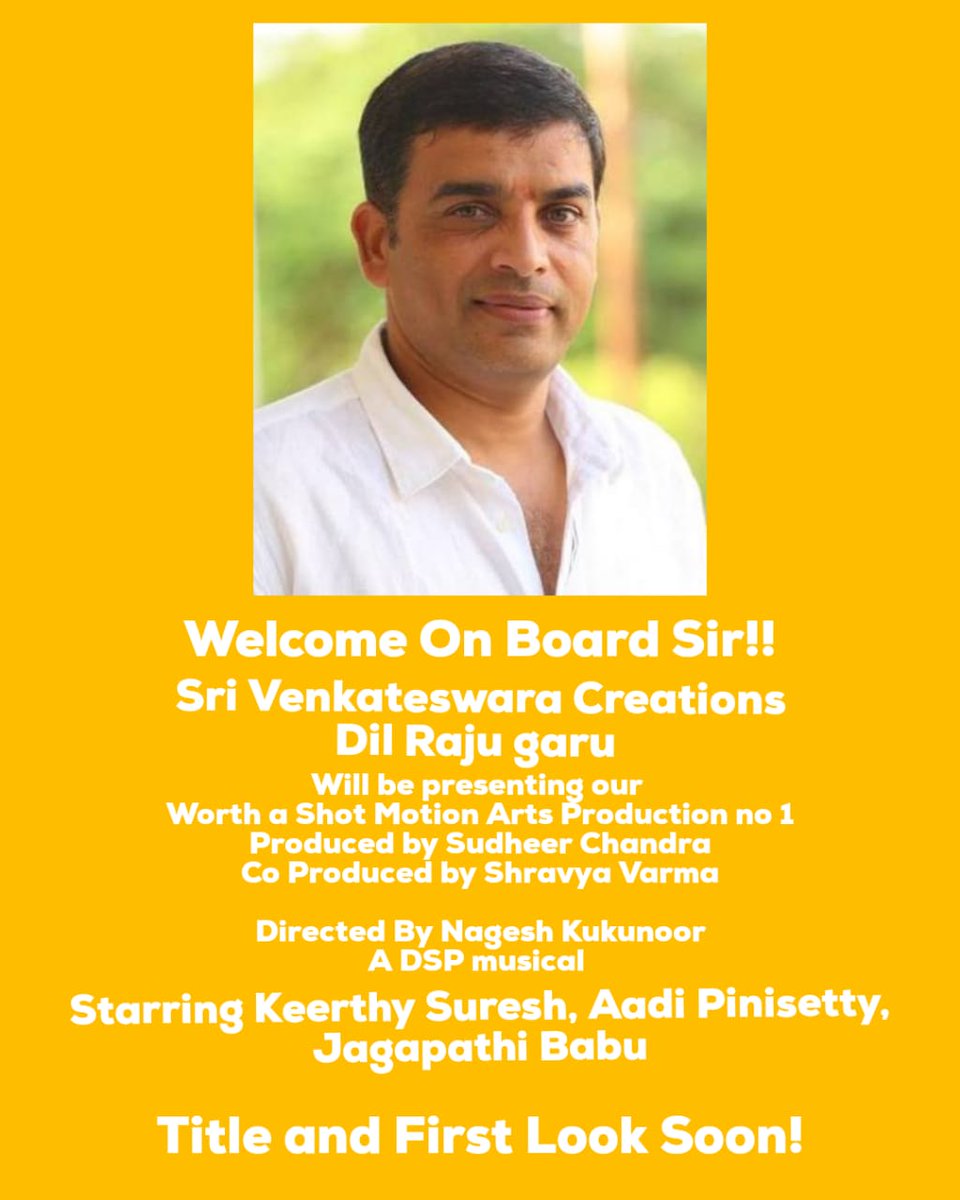 Director Nagesh Kukunoor of the “Hyderabad blues” and “Iqbal” fame is set for his Telugu directorial debut and this film will star Keerthy Suresh , Aadhi Pinisetty and Jagapathi Babu .

The film is said to be a sports romedy genre and the shooting is in final stages. The last schedule is planned in August month.

On this note, producer ‘Dil’ Raju has joined this movie. He will be presenting it under his Sri Venkateswara Creations banner.

The biggest and top music composer ‘Rockstar’ Devi Sri Prasad is on board for this project and Chirantan Das ‘Tanu Weds Manu’ fame is handling the cinematography.