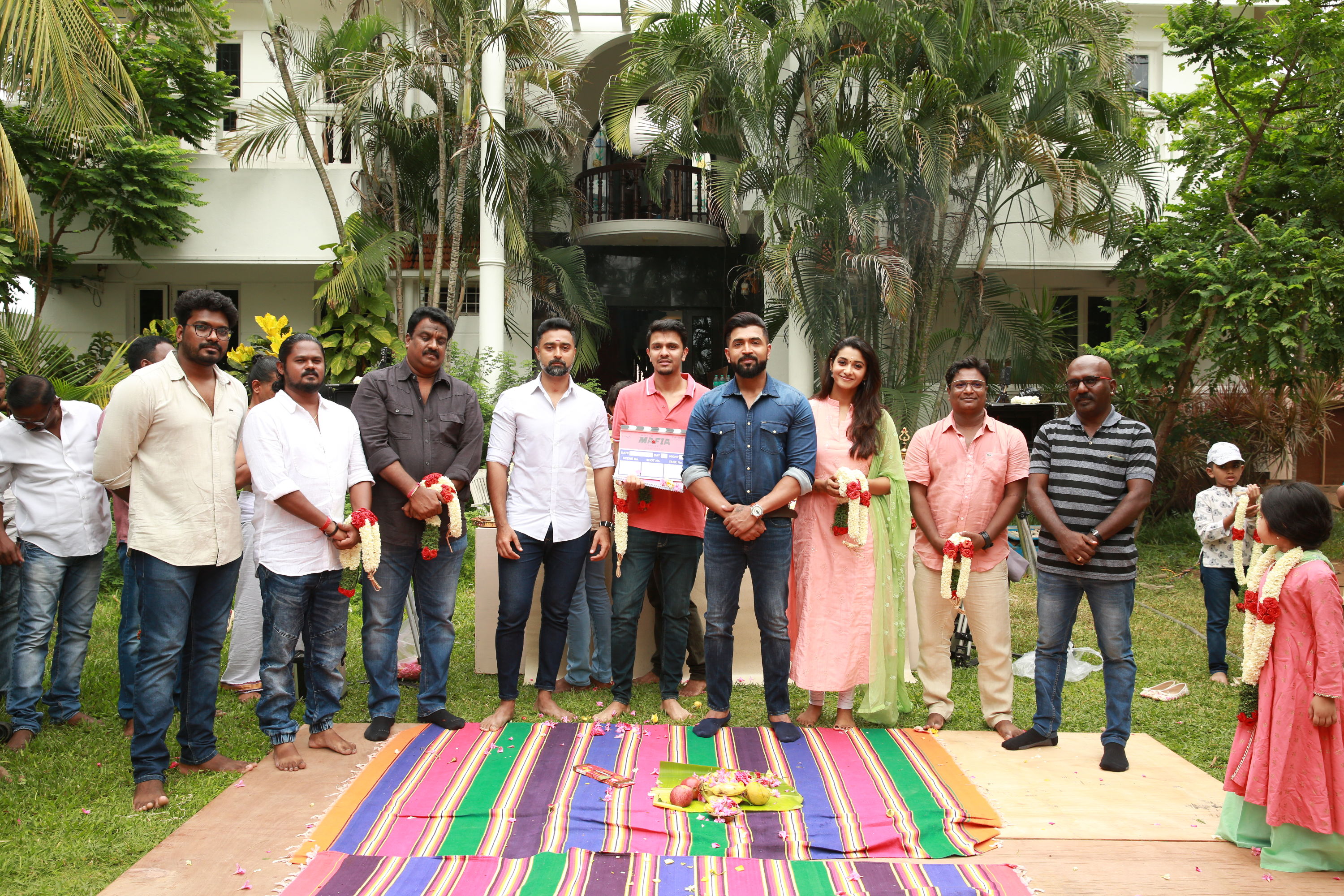 It’s indeed an exciting moment for the film buffs across K-Town and even the ones beyond this territory. This is all about the unheralded collaboration of power houses, who have been proving their adeptness along with proficiency.

Yeah! The stunning first look of Arun Vijay’s “Mafia” helmed by filmmaker Karthick Naren and bankrolled by Lyca Productions with Subaskaran presenting it has evoked a flawless streak of exhilaration’s. There’s a tremendous commonality between Arun Vijay and Karthick Naren, which is all about preciseness in persistence, persuasion and perfection. Especially, with a topmost production house like Lyca Productions getting into picture, it’s more off a spectacular scenario.

More than all, there’s something yet more fascinating about “Mafia” on total days of shoot as Karthick Naren says, “We are kick-starting the shoot from July 6 and will be wrapping it up in 37-days schedule time.” The “Dhuruvangal 16” fame director continues to add, “Soon after completing the script, I could envisage and feel that Arun Vijay would befittingly suit the role, especially after watching “Thadam”… However, I wasn’t sure if he would be showing consent towards my script. Of course, his store is already loaded with more projects that are at different stages of production. To my surprise, he instantly gave a nod without even giving in any suggestions or changes. It is same with Lyca Productions, who despite working on multiple projects at grander scale and bigwigs didn’t have any promptings from their end. On my part, I feel the urge of responsibility to deliver a promising film within this affirmed span of time.”

Having said that Arun Vijay was the instant artiste to come up on his mind, the title suggests if he would be playing a gangster. The young and happening filmmaker clarifies, “No, he isn’t playing a gangster and this isn’t going to be a film that delves into the North Chennai terrain. Mafia will have a different premise and that’s all I can reveal for now.”

Getting on to speak about others in the star-cast, he says, “Prasanna will be seen in a much different role that is substantial and completely in contrast to what he has done so far. It’s same with Priya Bhavani Shankar, who will be appearing in a different role and makeover too.”

While Jakes Bejoy is composing music and Gokul Benoy is handling cinematography, the official word on others in the cast and crew will be announced shortly.