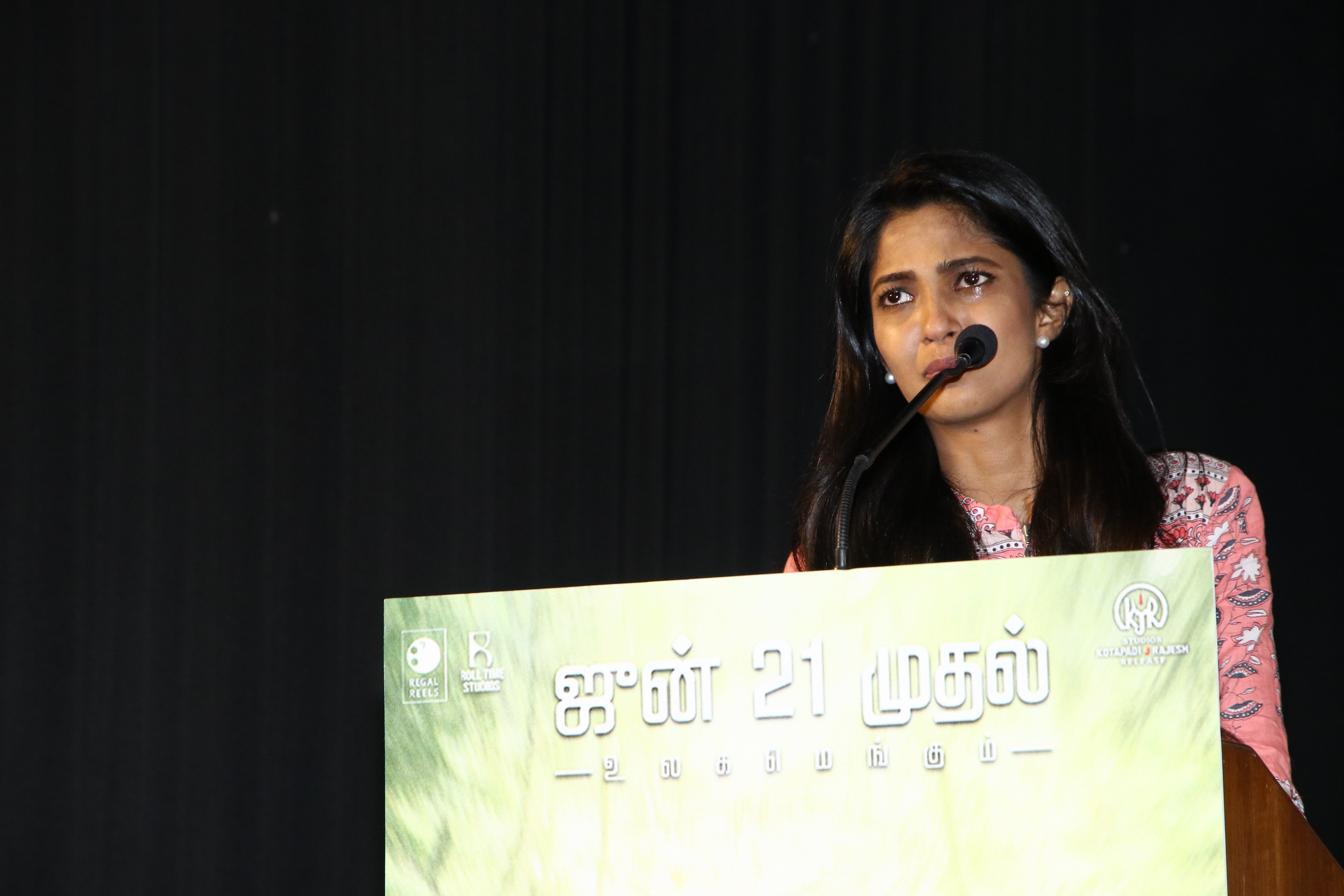 Regal Reels (OPC) Private Limited Surekha Nyapati in association with Roll Time Studios LLP are producing the film ‘Thumbaa’ featuring Darshan, Keerthi Pandian and Dheena in lead roles with ‘Tigress Thumbaa’ character having a vital prominence. Anirudh has composed music for a song and Vivek-Mervin duo has for rest of the tracks with Santhosh Dhayanidhi taking care of BGM. The film is scheduled for worldwide release on June 21 with KJR Studios Kotapadi J Rajesh acquiring the worldwide release rights. The entire cast and crew of this film was present herein Chennai interacting with the press and media sharing their experience of working in this film.

Dialogue writers Ram-Raghav said, “We never had any clue on who’s going to deliver the dialogues written by us. But when we see them very well rendered by Darshan, Keerthy, Dheena and others, it’s really nice to see them deliver it with same impact as we imagined. Thumbaa will definitely give all of us a good recognition and we firmly believe in it.”

Cinematographer Naresh Elan said, “I am really happy about the producers, who instantly gave a nod to the script that is to be entirely shot inside the forests without having any second thoughts about the production budget. Filming the project inside the forest was a good and completely unique experience. We have tried our best to offer the same experience to the audiences in the theatres, especially for the kids.”

Actor George of “Maari’ fame said, “I owe a lot to director Harish Ram for giving me an opportunity to be a part of this film. If not for the creative freedom he gave us, this result would have not been possible. This is an out and out entertainer made keeping kids in mind and will be surely enjoyed by the family audiences in theaters. There isn’t even a single shot that will move out of their comfort zone and Thumbaa will be a sure-footed visual treat for all.

Actor Dheena said, “I would often ask director Harish Ram if he is sure about casting me in the movie as there would be many criticisms based on my looks. However, he strongly said that I am befittingly perfect for the character he wrote and crafted. The entire 35-day shooting was a lovable experience to all of us and we thoroughly enjoyed working together. The chemistry among three of us (Dheena, Darshan and Keerthy) had been tremendous from Day 1.”

Actress Keerthi Pandian said, “Working and being a part of Thumbaa will be an unforgettable moment in my life. The role that I play in this movie is so close to my heart as it is relatable to my real life character. The technical team had lots of challenges as they travelled alongside use into the deep rooted forests for the sake of offering top-notch VFX scenes.” She was in emotional state while thanking Harish Ram for giving her opportunity to play the role without giving any thoughts to her appearance and he kept instilling more self-confidence in me. I have come across many resentments and criticisms from others over the past 3 years and Thumbaa is a heavenly gift to me.”

Actor Darshan said, “First and foremost, I want to thank each and every press-media friends for good reviews and appreciations for my performance in Kanaa. Of course, if not for my Sivakarthikeyan Anna, this would have not been possible. Major portions of ‘Thumbaa’ have CG effects and most of the scenes demanded the actors to have imaginary suggestion shots. To ensure that things come out well, we had 4 days of workshop and we learnt lots of things. Keerthy Suresh is such a wonderful artiste and her self-confidence isn’t just limited to her, but keeps spreading out to all the ones near her on the shooting spot, especially for me. Thumbaa will be a film that will be an enjoyable experience to one and all watching it in theatres.”

Director Harish Ram LH said, “The film’s core story is written by my friend, co-director Prabhakaran. If not for the perfect coordination and hard work of cinematography, we would have not completed the shooting of Thumbaa on time. Since, major portions of the film comprises of CG works, it instilled heavy leveled work on editing department. VFX and Sound Effects have been the major pillars of this film. Especially, when it comes to Sound, we have used a unique technology as in Hollywood movies to ensure that the Kids have a pleasant decibel effect rather than being aggravated by the noisy sounds. The film doesn’t confine to the regular paradigms of hero-heroine as every character is so much important for the dramatic events. I have to mention and accept the fact that it’s only because of KJR Studios, a small film like Thumbaa is getting a wide range release.” 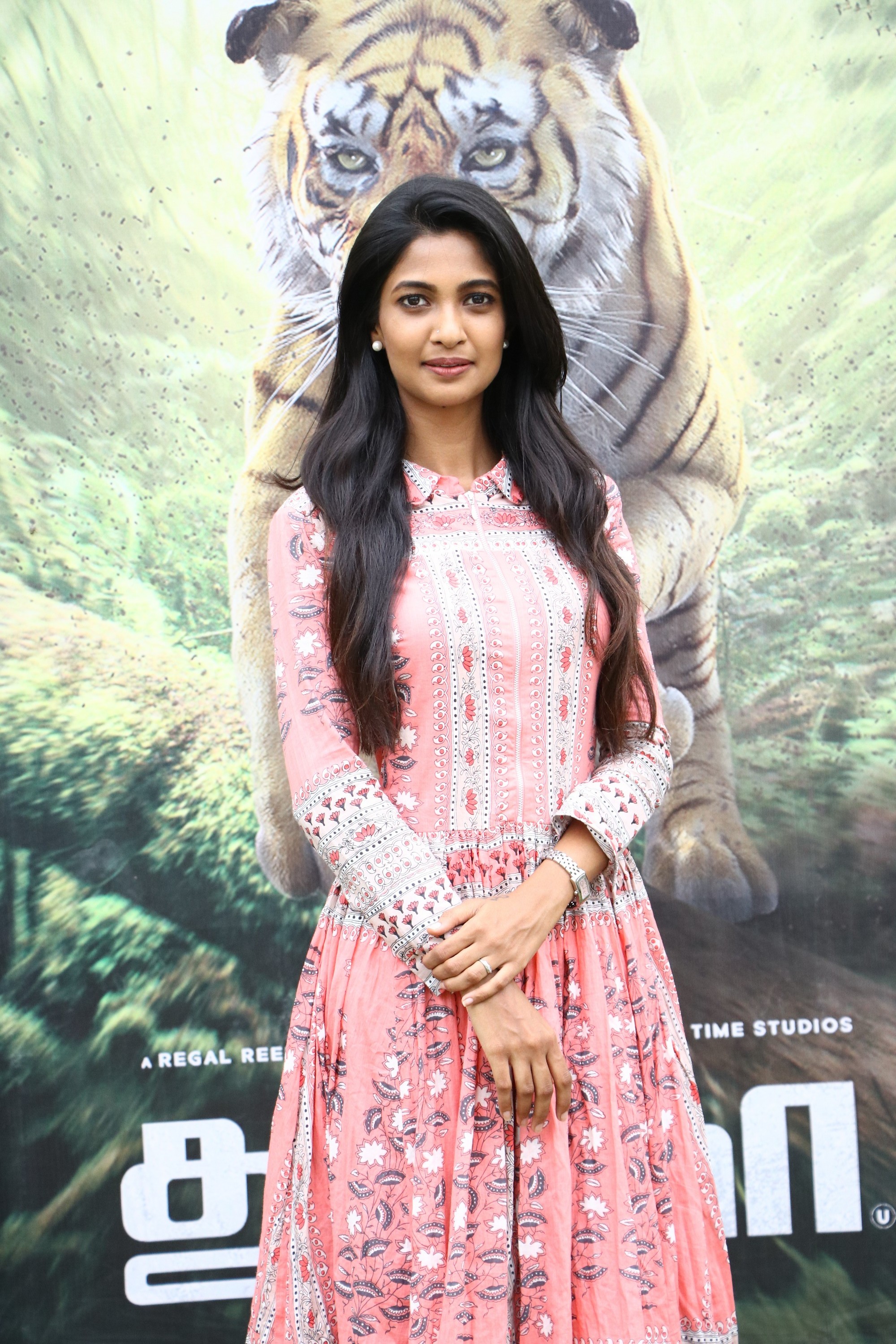