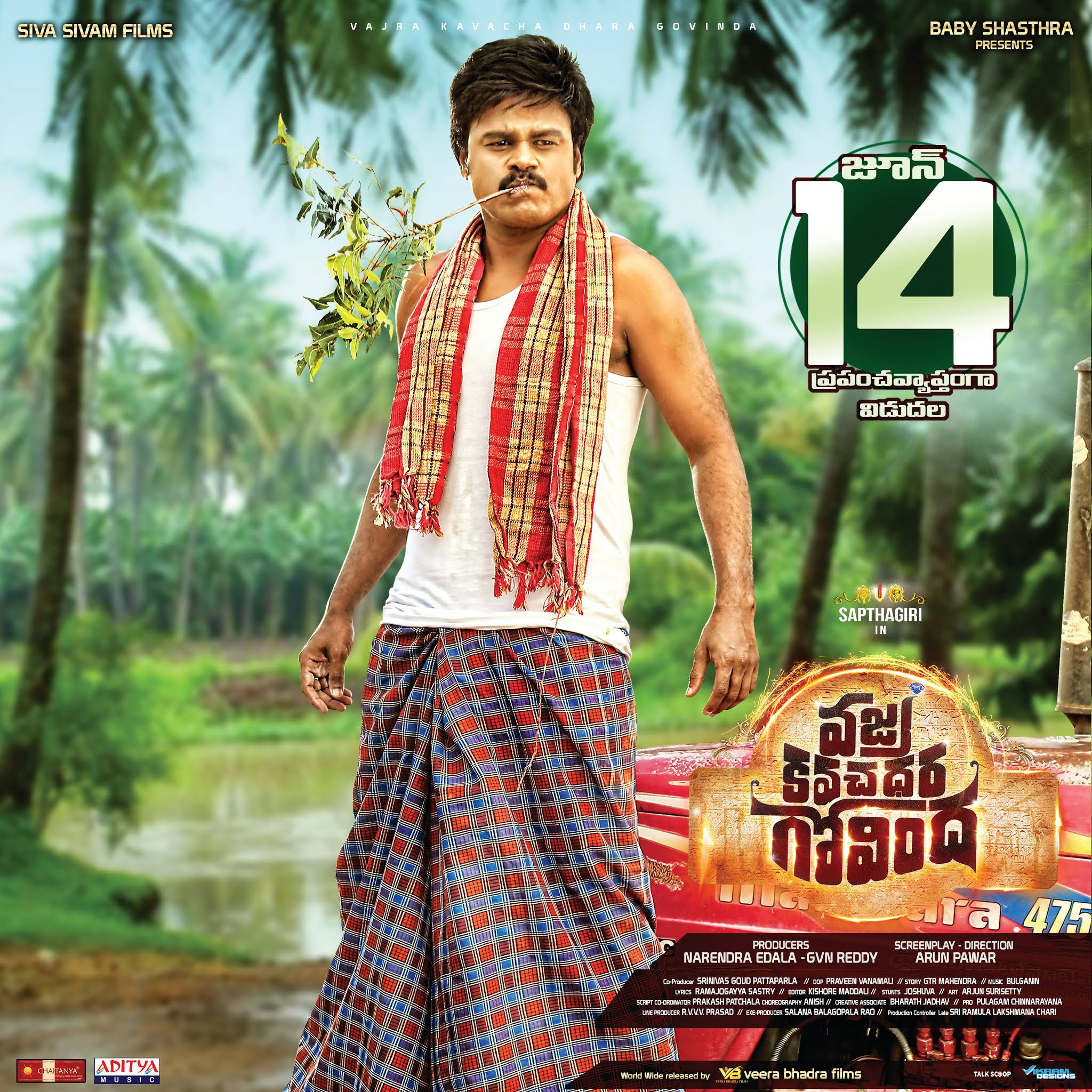 Speculated to be a complete entertainer written around a socio-fantasy plot, VKG is produced by Eddala Narendra and GVN Reddy under Siva Sivam Films productions.

Despite being a debut actress, the lady love of Saptagiri in VKG Vaibhavi Joshi is said to portray a natively orienting character and as per the team she did gave her best.

Coming to the music director Vijai Bulganin, his work is going to be the biggest asset for the movie says producers.

However, as per the latest updates from, the movie is all set to hit the worldwide screens on June 14th and so the movie team has already set the promotions on high brisk.