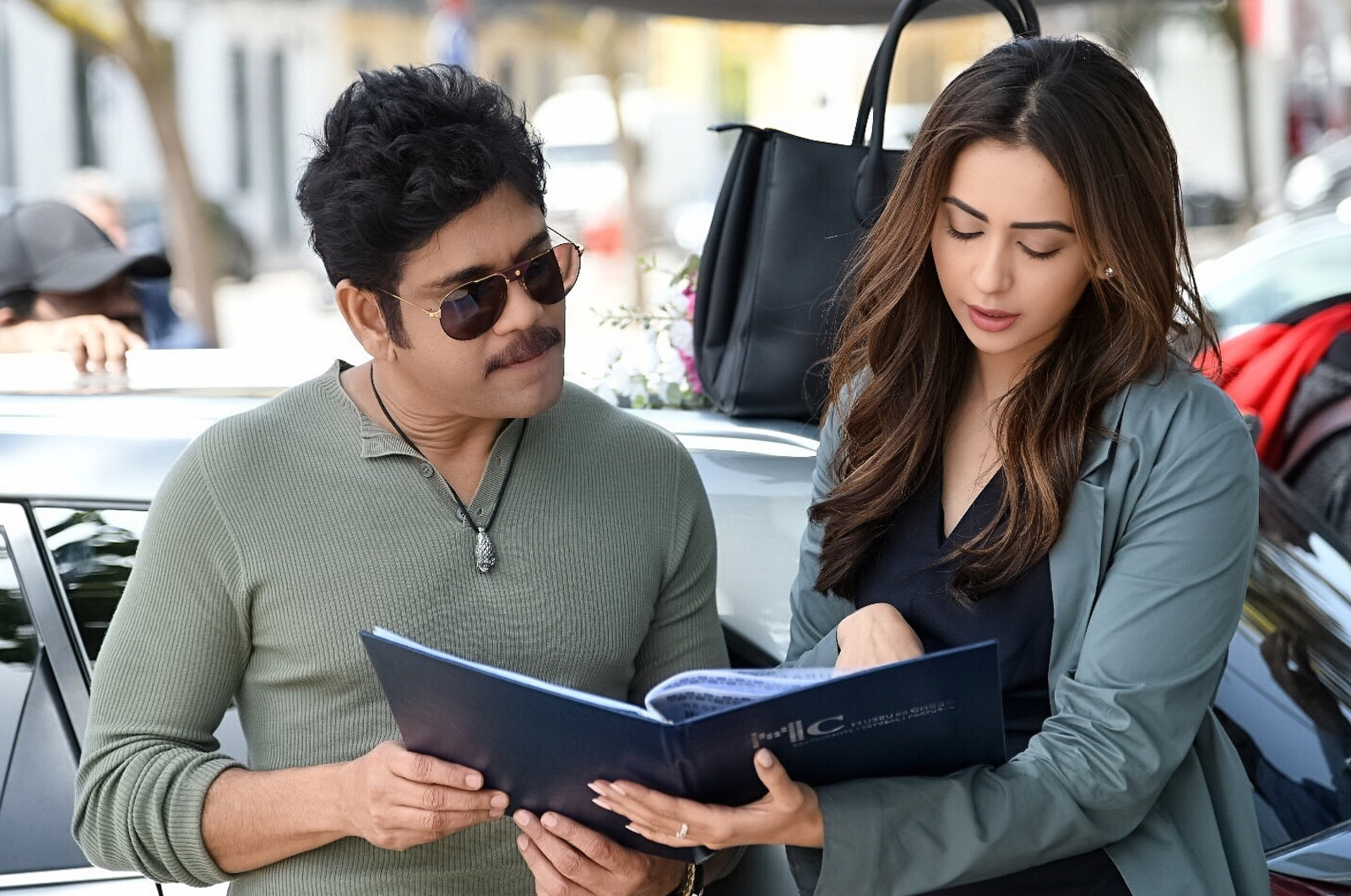 The shooting of ‘Manmadhudu 2’ has completed its Portugal schedule. For just over a month, the film was shot in Lisbon and Porto cities.

In this schedule, important scenes on Nagarjuna and Rakul were shot. Also Vennela Kishore , Rao Ramesh and entire cast took part in the shooting.

Actor Rahul Ravindran is directing ‘Manmadhudu 2’ which is touted to be a fun filled entertainer and inspired from the original part.

Chaitan Bharadwaj is composing music for this film while M Sukumar is handling the cinematography.

Nagarjuna and P. Kiran are jointly producing the movie under Manam Enterprises and Anandi Art Creations banners in association with Viacome18 Motion Pictures.