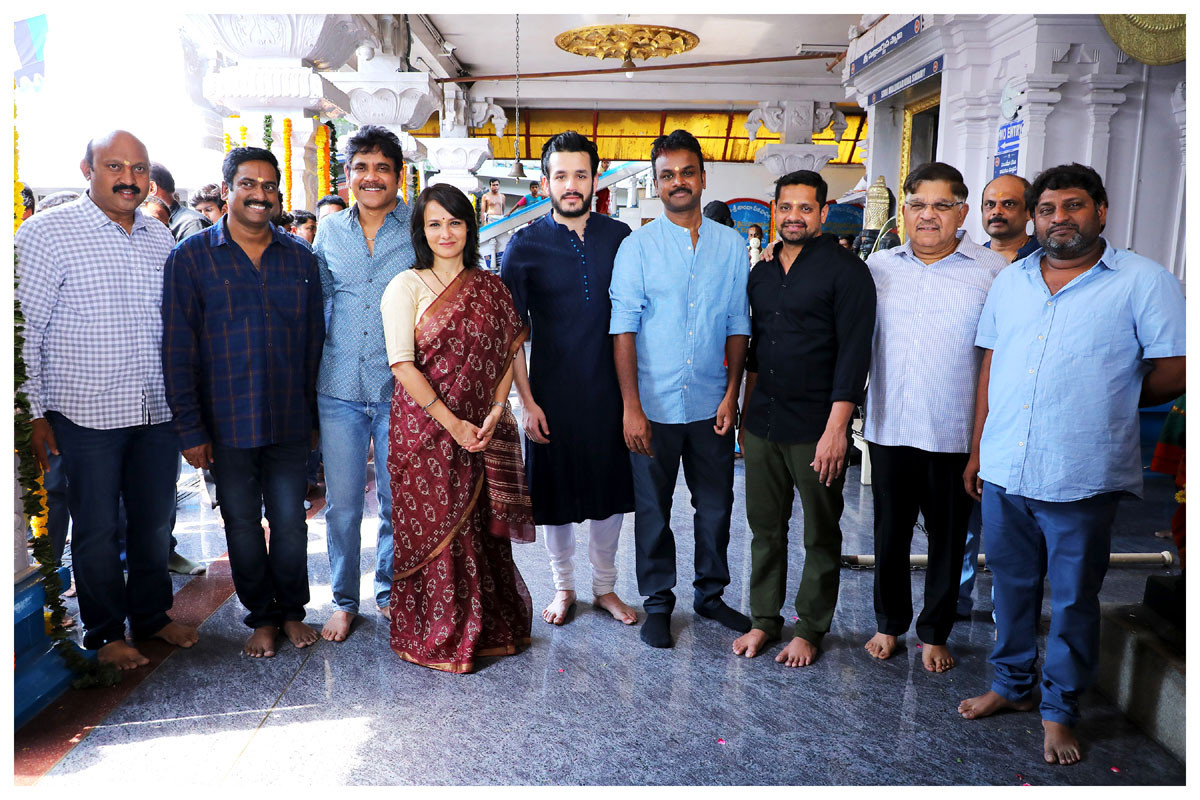 The combination of Akhil-Bhaskar Akhil Akkineni established himself as a star with his movies. His movies Hello, Mr.Majnu fetched him an immense following among the young ladies and family sections. It is only because of Director Bhaskar’s vision and values, Bommarillu remained as a classic and set love and family trend in tollywood. His Parugu movie is one of the classic movies.

Previously, Geetha Arts banner produced 100% Love with Akkineni Naga Chaitanya in the direction of Sukumar which went on to become the box-office super hit. Bunny Vas produced this film. Now, another Akkineni Hero Akhil is associated with Geetha Arts banner for a crazy project.

Mega Producer Allu Aravind as a presenter and Bunny Vas as a Producer bagged so many successes. Starting from 100%Love, Pilla Nuvvu Leni Jeevitham to Geetha Govindam all are blockbusters. Bunny Vas established himself as a young producer who regularly kept himself updated with the latest trends and maintains a high success rate in the industry. He now associated with another young director Vasu Varma who turned into a producer to deliver this crazy project.