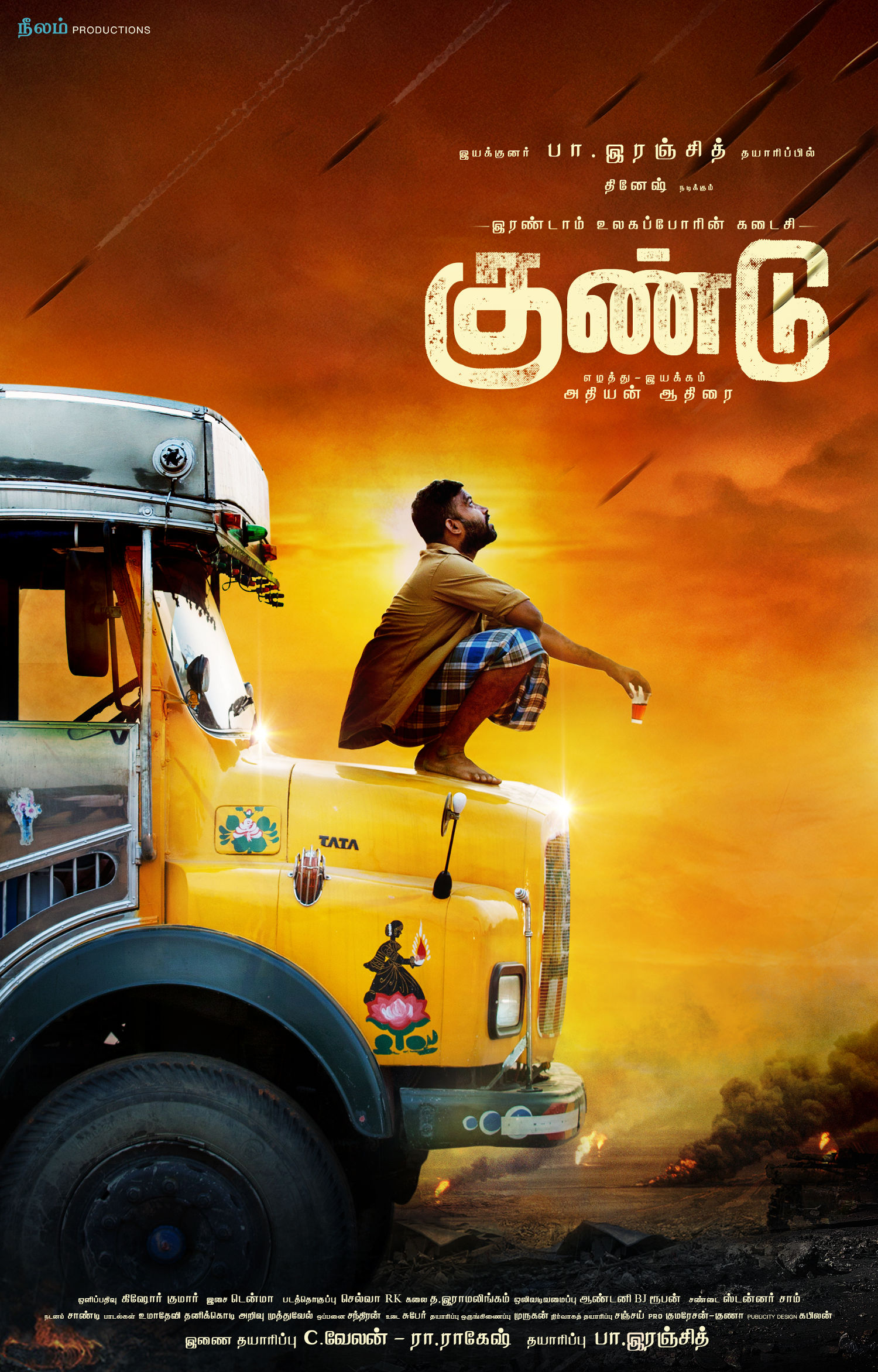 Dinesh having debuted in Attakatthi, by reason of his natural acting prowess, After Attakatthi, challenging roles came his way one after another. His passionate acting, unmindful of enduring physical hardship thus endured, in movies like Kukoo, Visaaranai movies came in for critical appreciation. As an actor he exhibits utmost involvement and dedication in all his movies . He says that after acting as a visually challenged in Kukoo, his body language automatically changed to the visually challenged character whenever he heard the call – Action! in his next movie. His eyes will roll deeper inside, and body movements will accordingly change to the character he had portrayed in Kukoo, and water will roll down his cheek when the powerful lights are switched on on the shooting floor. He says he had this problem for three years.

Likewise, in Visranai, he allowed himself to be thrashed and beaten up to make the scene look real.

Shooting of his new movie Irandaam Ulagaporin Kadaisi Gundu, produced by Director Ranjith, and Directed by Athiyan Aathirai was recently wrapped up.

“Gundu movie can be associated with any landscape in the world, it will fit in. This movie speaks of international politics, but at the same time it has come out as a wholesome entertainer for all. It was a different experience to play the character of a lorry driver from north Tamil Nadu”, says Dinesh.

“I am receiving offers from Tamil, Malayalam, and Telugu film industry, but I am listening to stories that interests me”, said Dinesh.