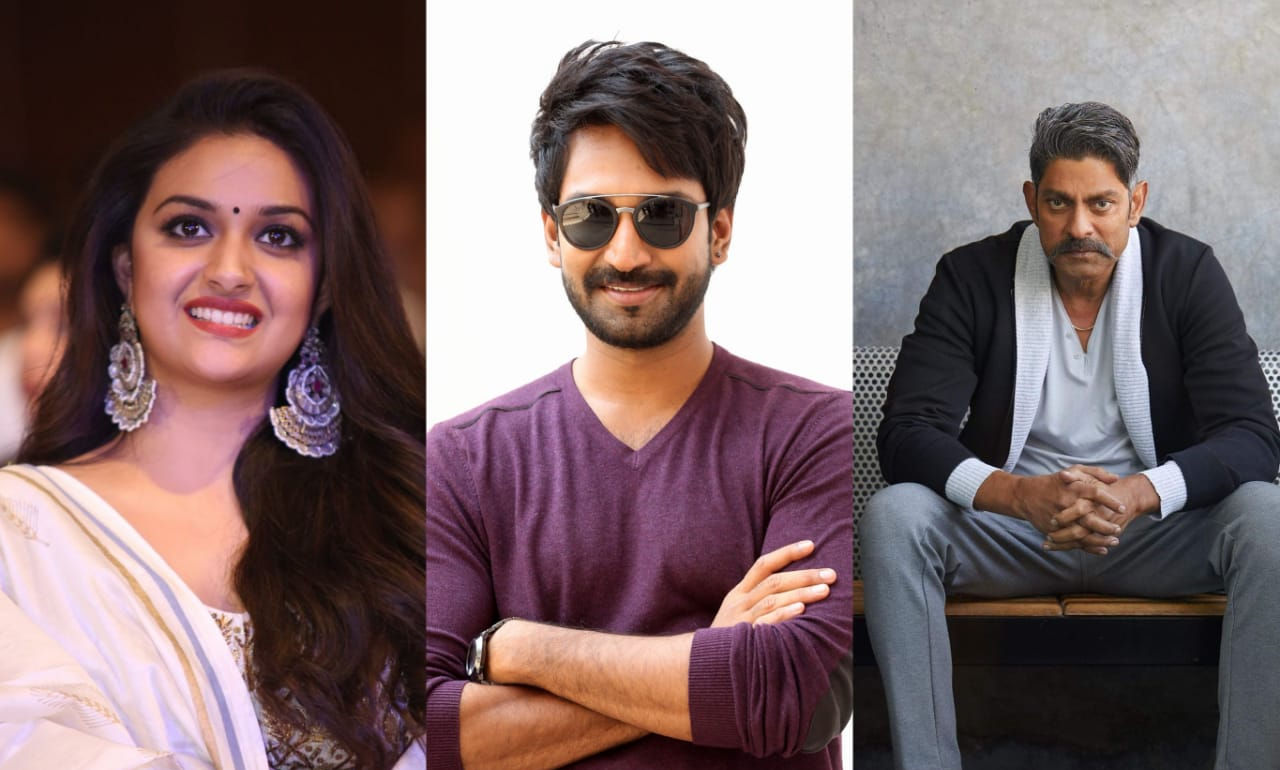 Director Nagesh Kukunoor of the “Hyderabad blues” and “Iqbal” fame is set for his Telugu directorial debut and this film will star Keerthy Suresh , Aadhi Pinisetty and Jagapathi Babu.

The film is said to be a sports romedy genre which is on sets currently shooting at a fast pace.

It is produced by Mr. Sudheer Chandra and co-produced by Miss. Shravya Varma and presented by E. Shiva Prakash.
The first time producers managed to rope in a very reputed cast and crew both from technical and commercial backgrounds.

The biggest and top music composer ‘Rockstar’ Devi Sri Prasad is on board for this project and Chirantan Das ‘Tanu Weds Manu’ fame is handling the cinematography.

National award winning editor Sreekar Prasad is part of the technical crew adding immense quality to the film.
All in all , looks like it’s a very exciting and a sound team and are currently shooting in and around Vikarabad and Pune . The untitled film is said to have completed its first quarter already is set to hit the screens in September 2019.