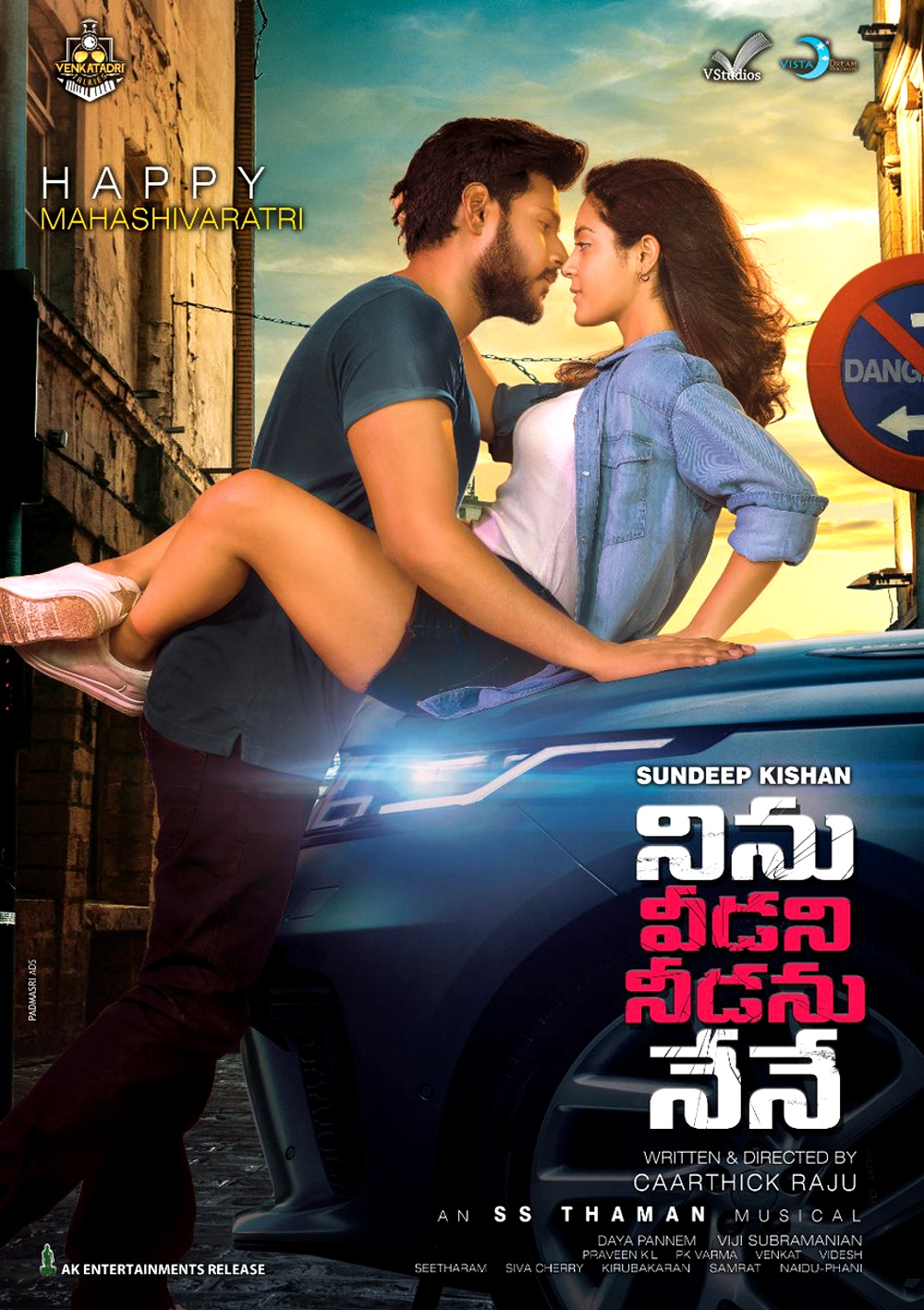 The Second Look of ‘Ninu Veedani Needanu Nene’, an emotional horror entertainer, is out. The film stars Sundeep Kishan in the lead role. The hero is producing this novel movie on Venkatadri Talkies (Production No. 1) in association with Vista Dream Merchants. Directed by Caarthick Raaju, the actor is paired up with Anya Singh in this entertainer.

The movie’s post-production works are in full swing. The makers are planning to unveil an exciting teaser very soon. The plan is to release the promising entertainer this Summer.

High technical values are the film’s forte. Producers Daya Pannem and VG Subrahmanyan are making the movie simultaneously in Telugu and Tamil. AK Entertainments’ Anil Sunkara will release it in the theatres.

Music is by SS Thaman, cinematography is by Pramod Varma, editing is by KL Praveen (National Award winner), and art direction is by Videsh. Executive Producers are Siva Cherry, Seetharam, and Kirubakaran. PRO: Naidu – Phani (Beyond Media)