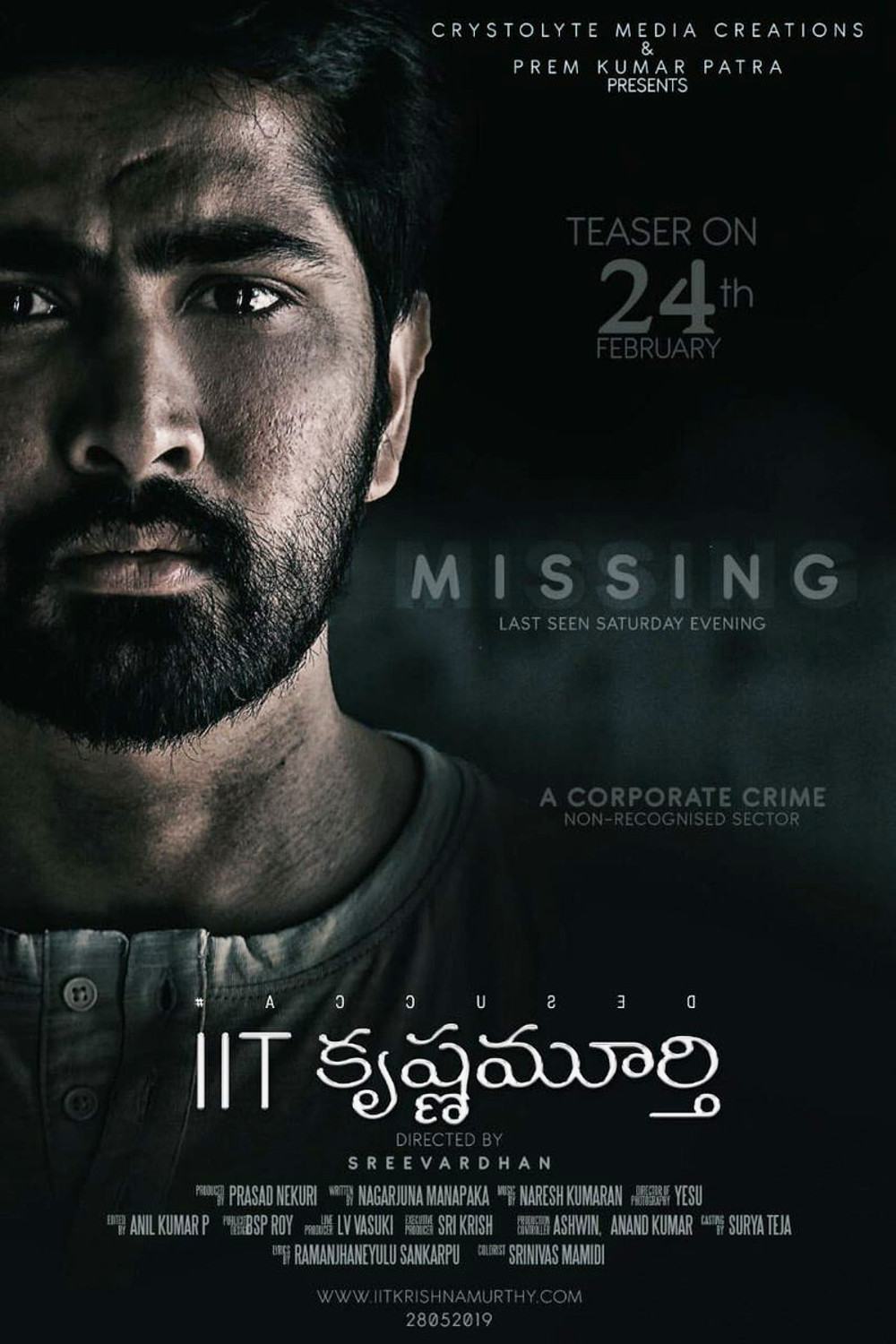 Prudhvi Dandamuri and Maira Doshi are playing the lead roles in ‘IIT Krishnamurthy’. The film billed to be a corporate crime thriller is directed by debutante Sree Vardhan. The film with unique story and screenplay is fast-progressing with its shoot.

Vinay Varma, Bharathi Anand, Banerjee and star comedian Satya will be seen in key roles. Producers announced to release teaser of the film on February 24th. They are planning to release the film worldwide on May 28th as summer special.

Naresh Kumar is scoring music for the movie, while Yesu P is handling cinematography. Prem Kumar is presenting the film produced by Prasad Nekuri under Crystolyte Media Creations banner.