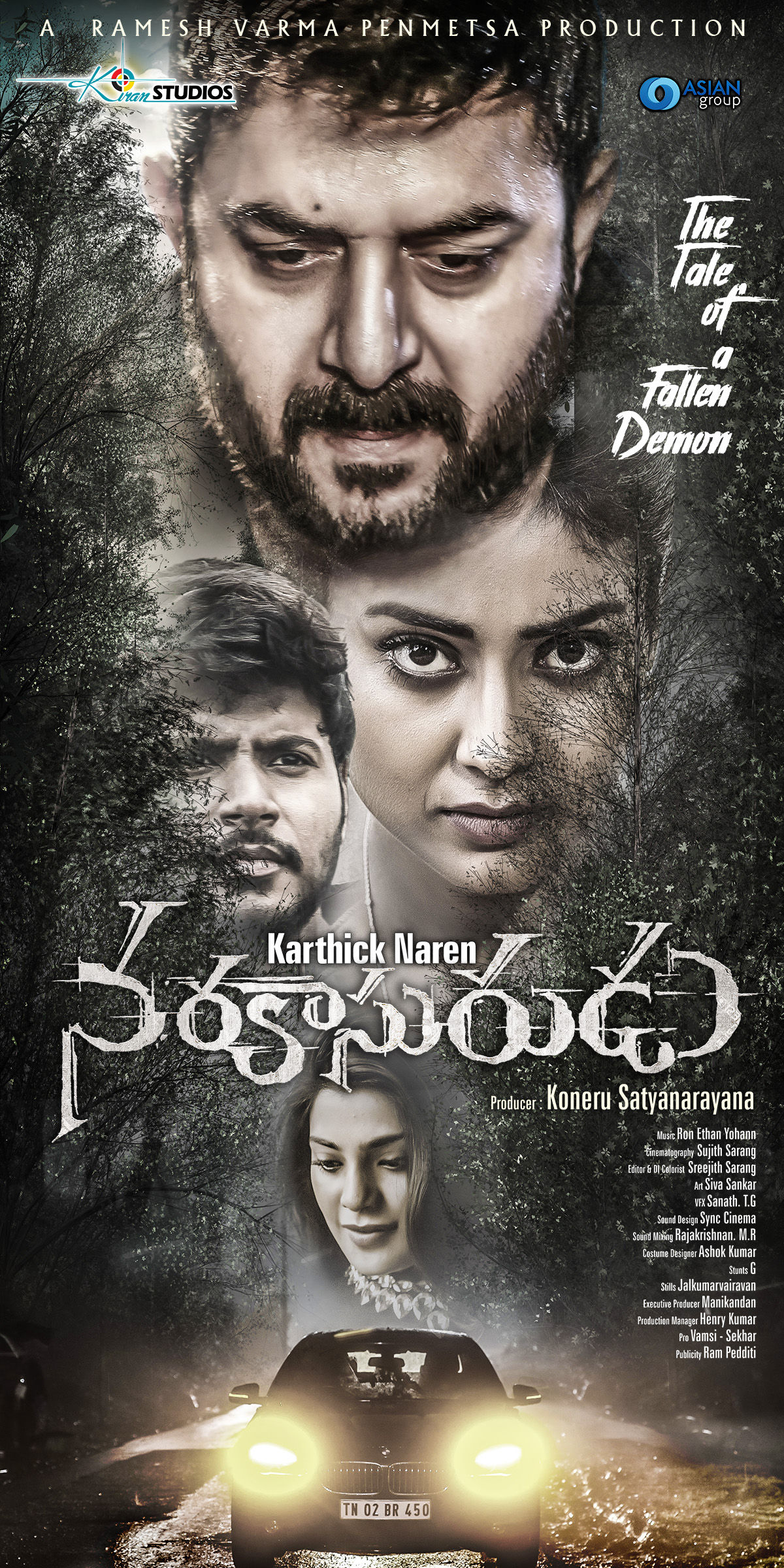 The first look of ‘Narakasurudu’ featuring Aravind Swami, Sundeep Kishan and Shriya Saran in the lead roles is released.

All the lead cast are seen in intense look in the first look poster and is not an ordinary one. ‘Narakasurudu’ is the official dubbed version of Tamil movie ‘Naragasooran’ written and directed by Karthick Naren. This is a thriller and as per director this is the second installment of the thriller trilogy.

The dubbing works are in progress and once they are wrapped up, the makers will make an official announcement on the release. Both the Tamil and Telugu versions will simultaneously release in summer. Koneru Satyanarayana is presenting ‘Narakasurudu’ in Telugu while it is a Ramesh Varma Penmetsa production.