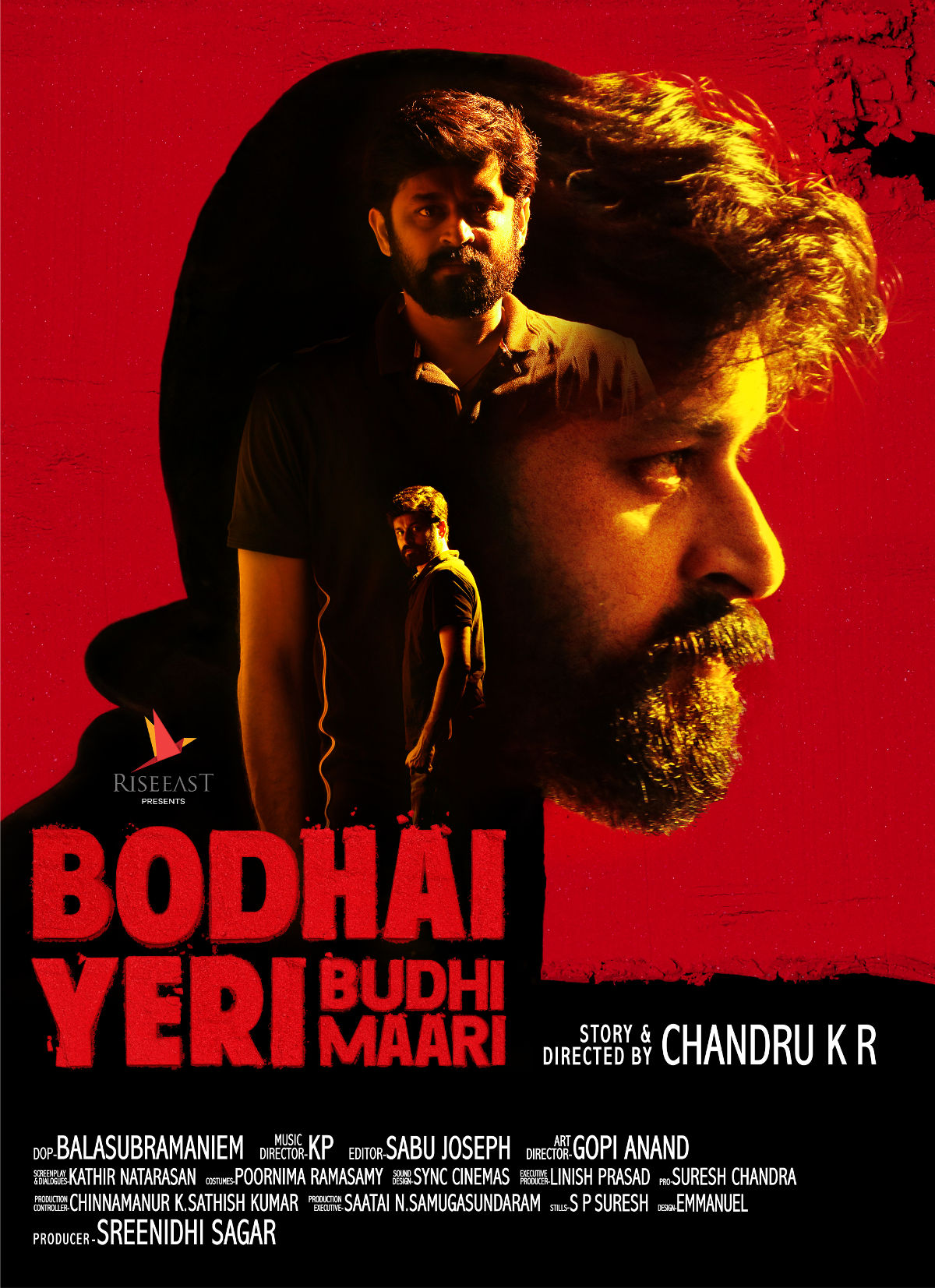 The words “If and but” play a significant role in anybody’s and everybody’s life. Intoxication plays a major part and had derailed the hopes and fantasies of many people.

“Bodhai yeri budhi maari” is a film that speaks intensively on such an episode. Produced by Sreenithi Sagar of Rise east pictures this commercial entertainer is directed by debutant director K R Chandru who had spent considerable period in the art of ad film making. Eminent cinematographer Balasubramaniam mantles the responsibility of cinematography. K P is the music director, Sabu Joseph is the editor and Gopi Anand is the art director. The title of the movie summarises the entire film in one sentence.

Its a thriller movie with lots of twist and turns with a guaranteed edge of the seat experience through out the film. Dheeraj who had excelled in the format of short films as hero makes his debut in the big screen with this film.

“Dheeraj is a good friend of mine. We worked together in short films and thought of making it big into silver screen which was always our dream and passion. He is a hard worker and definitely a directors actor who cooperates and supports in all kind of circumstances. He suited the role really well, He did justice for the character as Karthick.

Pradaini Surva a top model is doing a vital role in the film, she accepted to be Brindha in the story when I narrated the script and gave me a thumbs up immediately. She had refused many offers earlier but we were lucky to have her onboard as she was impressed with the character and the concept of the movie.

First schedule of the movie is done and very soon going on floors for the second and final schedule in which more artist will be joining us.

I am thank full to my DOP Balasubramaniam sir for sharing time in between his busy schedule to work with me.
This subject will apply to the audience very well and we are very confident about it ” declared director Chandru K R.