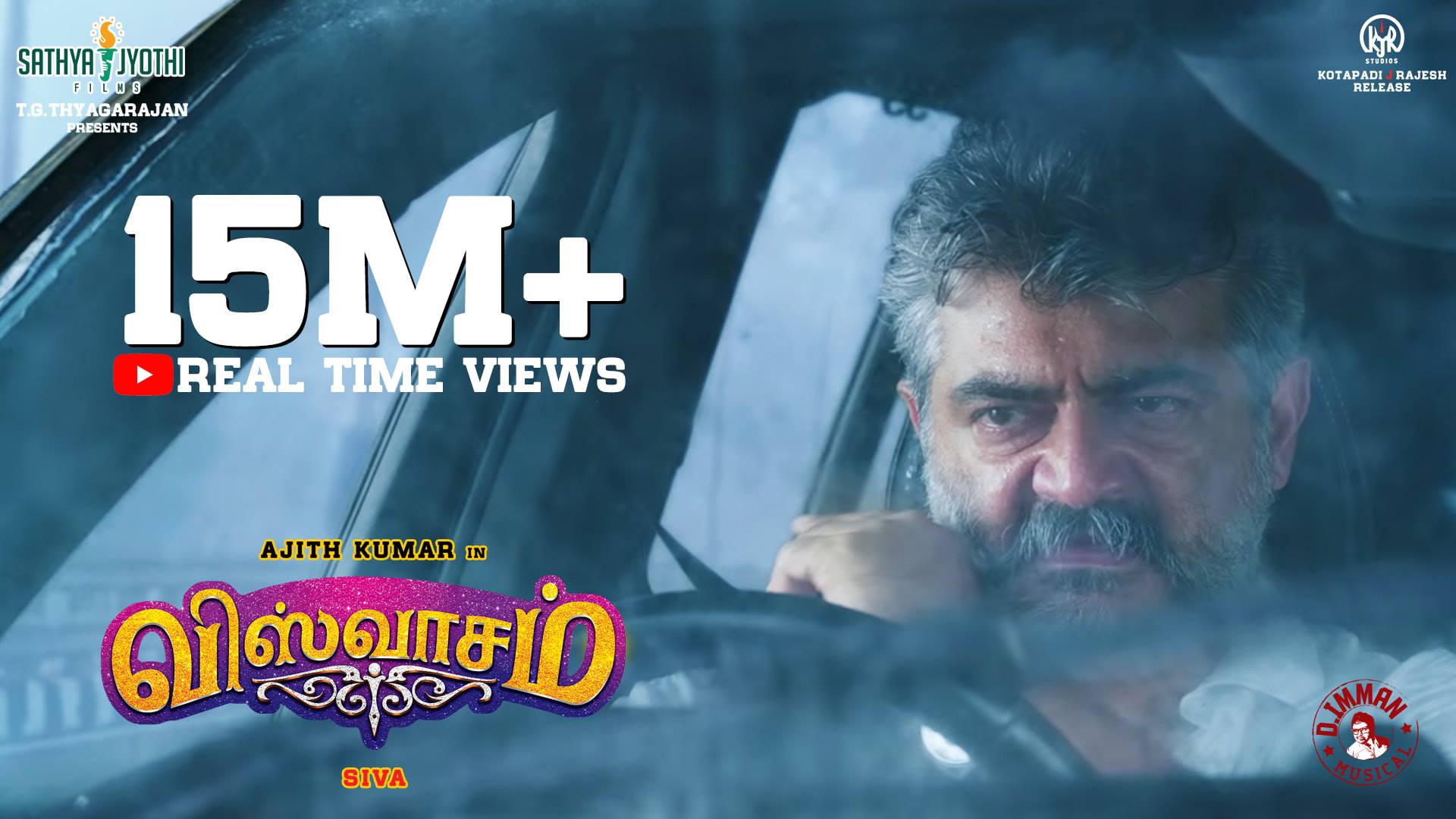 Ajith’s Viswasam trailer which was released on Sunday has set a new YouTube record with 15M+ real time views with 1.23M+ likes in 24 hours.

The trailer is still trending in number one in YouTube. The two minute trailer which was released yesterday was power packed and looks like the audience are in for a fun-filled commercial entertainer.

Ajith has dominated the screen with his mannerism and dialogue delivery. Imman’s BGM is top notch and the trailer has raised the hype for the movie manifolds.

Meanwhile, Rajini fans are upset with Viswasam trailer and alleging that some dialogues in it were targeted at the superstar’s Petta.