VIJAY TV Premieres TAMIL BLOCK BUSTER Movies this PONGAL 2019. The back to back Super Hit movies such as SAAMY 2, VADA CHENNAI, PARIYERUM PERUMAL and CHEKKA CHIVANTHA VAANAM are the movies lined up to enthral the viewers during this big festival time of PONGAL thai thirunal. 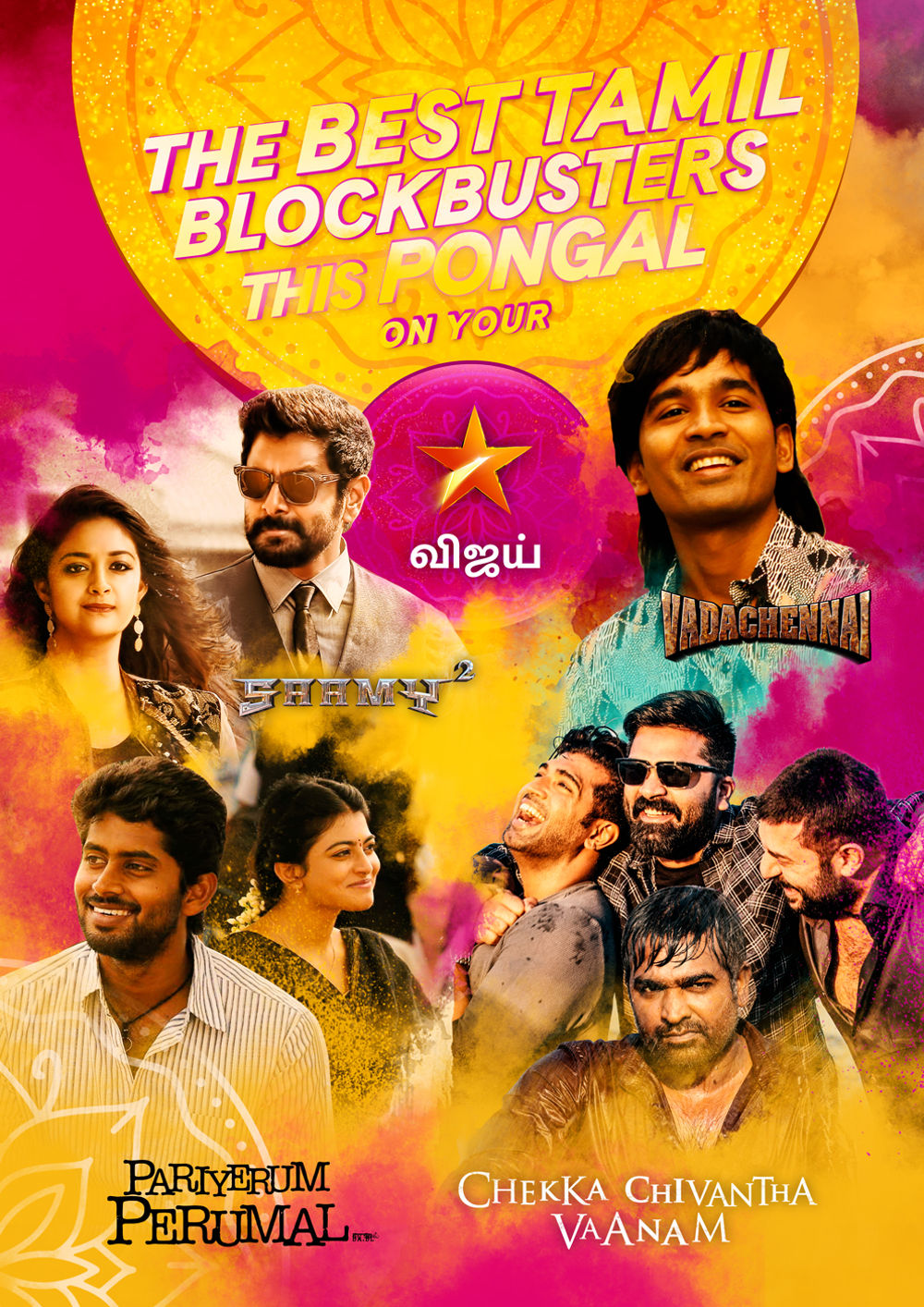 SAAMY 2
This movie written and directed by HARI and Produced by Shibu Thameens was released in September 2018. The starcast consists of Vikram in dual role as a father and son with Aishwarya Rajesh, Keerthy Suresh, Prabhu Bobby Simba and Soori apart from many other popular faces. Music composed by Devi Sri Prasad. The film is a sequel of SAAMY which was a super hit as well acted by Vikram and Trisha.

VADA CHENNAI
VADA CHENNAI the super hit block buster of 2018 was directed by none other than Director VETRIMAARAN who is known for his movies that are different from usual genre. The film was produced by actor Dhanush’s Wunderbar Films. The starcast include director Ameer, Andrea Jeremiah, Asihwarya Rajesh, Samuthrakani, Radharavi and many others. Music scored by Santhosh Narayanan and cinematography by Velraj.

PARIYERUM PERUMAL
The film was written and directed by Mari Selvaraj produced by Director Pa. Ranjith. The film stars Kathir and Anandhi in the lead roles along with Yogi Babu and many others. Music composed by Santhosh Narayanan. The film acclaimed the best of its reviews by movie critics as well the public.

Chekka Chivantha Vaanam tells the story of three brothers who engage in a power war to take over the control of the criminal empire which his father was ruling. Music composed by A.R. RAHMAN and cinematography by Santosh Sivan.