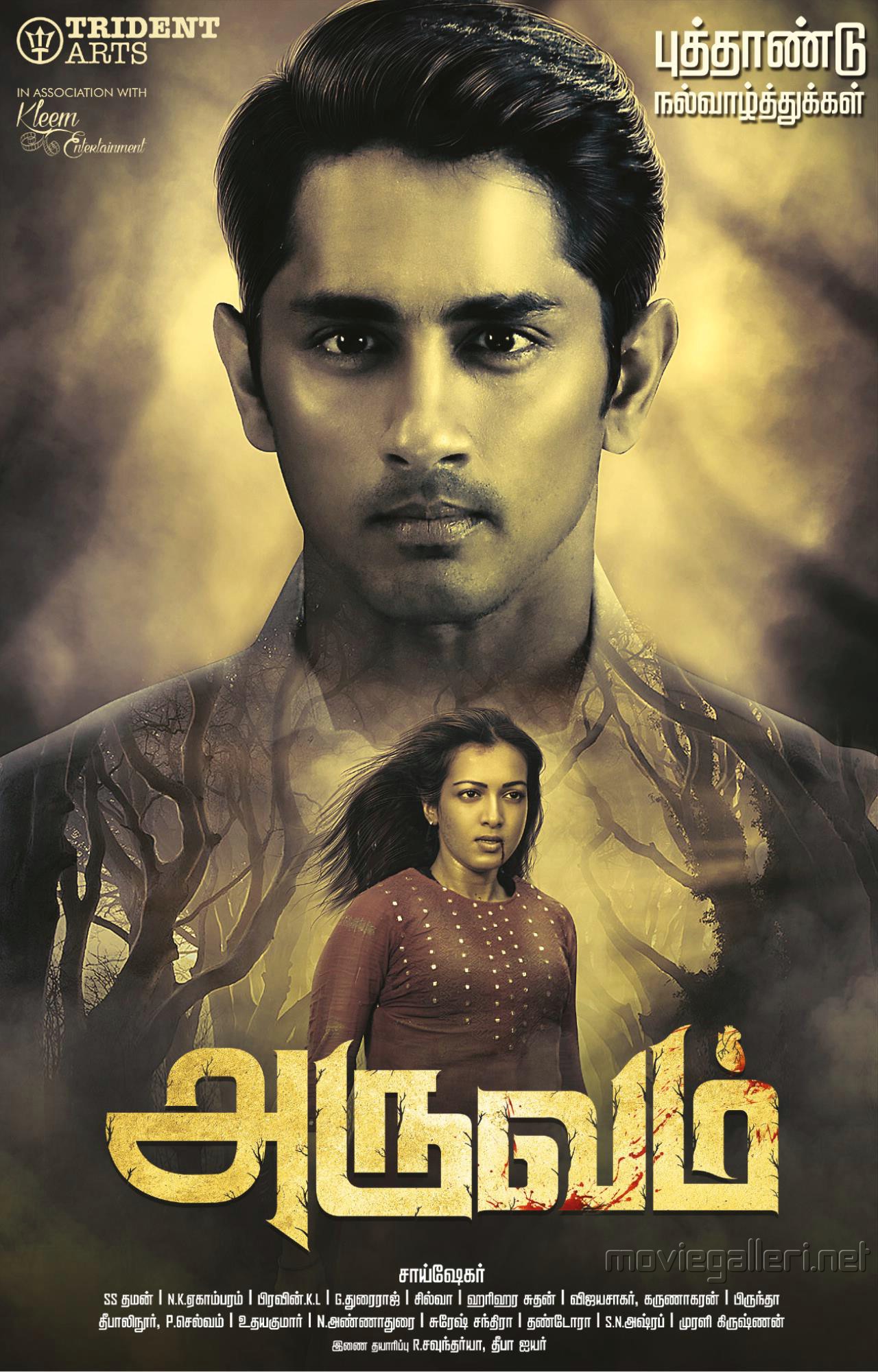 When something arrives from the stores of producer R Ravindran, Trident Arts, it keeps us so much well assured of a substantial content. Especially, the film “ARUVAM” has been a cherry pick of Tinsel Town for the reason that it boasts of power house talents. In a natural manner, we are now bestowed on this New Year eve with a spectacular first look of this film featuring Sidharth and Catherine Tresa in lead roles. Which is directed by Sai Shekar.

Getting on to speak about the first look, Team Aruvam says, “We were so much conscious about getting the first look of ARUVAM done with justice. Of course, as the saying – First impression is the best impression goes, we were curious and so much firm about getting the best impressions from the viewers. The title “Aruvam” clearly says that the genre of the film is Horror. Aruvam is the opposite term of Uruvam. We speak about a topic which every one want to disbelieve but the super natural happenings around us makes us believe. It is a great feel to direct this film. Especially to have the brands like Siddarth, who owns the Pan-Indian league of audiences, it added more responsibilities. I must thank producer Ravindran sir for being so much supportive over nurturing every bit of process in this film.”

While SS Thaman is composing music for this film, the most celebrated N.K. Ekhambaram is handling cinematography. National Award winner Praveen KL is on editing with G Durairaj as the Art Director. Stunt Silva is choreographing action sequences apart from playing one of the villains.