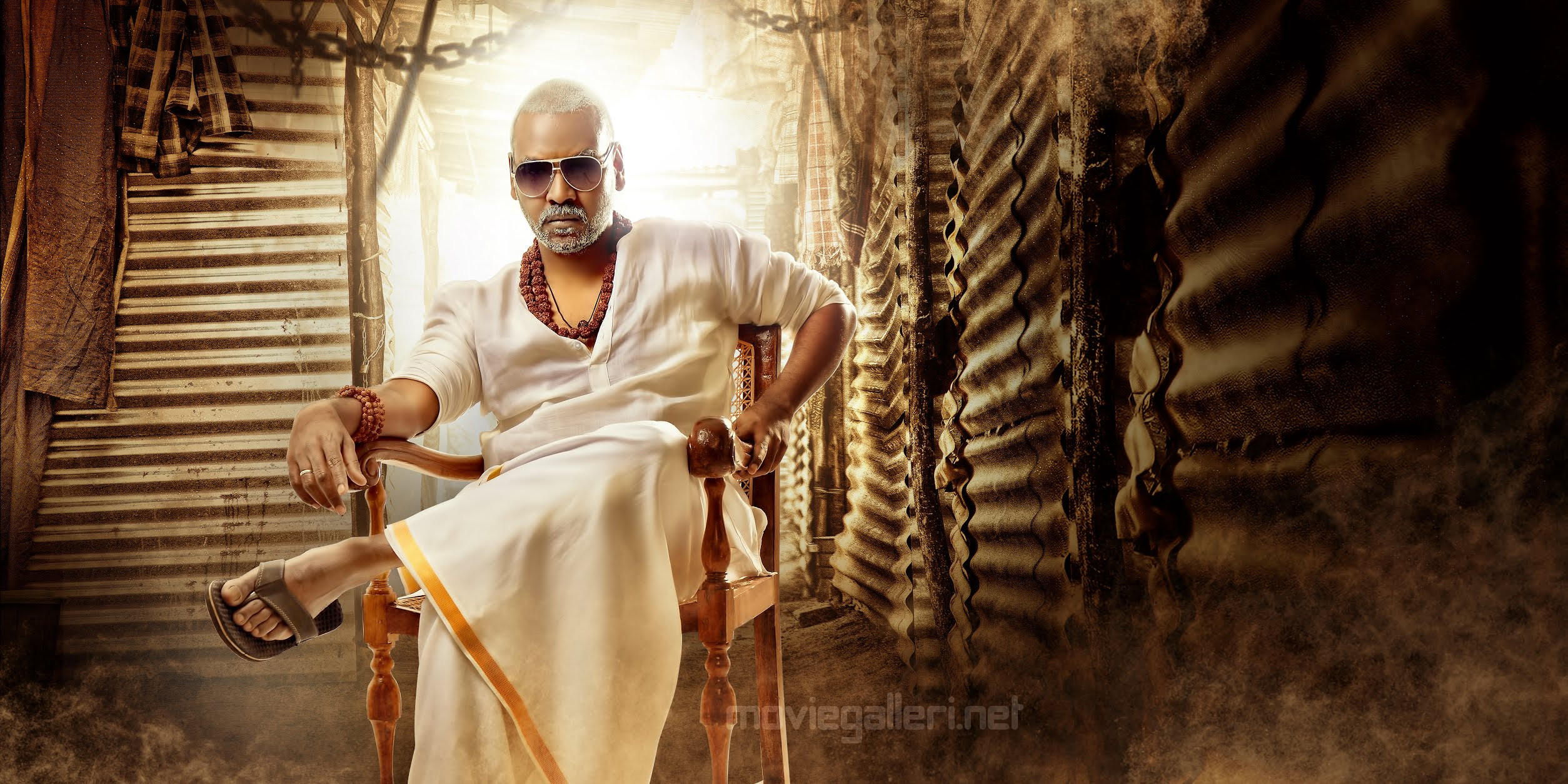 After bagging huge successes with Muni, Kanchana, Kanchana-2 choreographer turned director Raghava Lawrence now coming with one more horror comedy film. This will be the special project for Raghava Lawrence despite all his previous movies are super hits at the box-office. The shoot is almost wrapped up and makers are planning to release the film in Telugu and Tamil languages.

Raghava Lawrence takes special care in each and everything when it comes to film making. Now he released a special motion picture of Kanchana-3, especially for Telugu version. This motion poster starts with a “Telugu Slokam” and showcases the slum areas and then focuses on different clothes and then shifts the focus to some action scenes and then to the hero who wore “elaeocarpus ganitrus” (Rudrakshas), white Tamil flavor dress in white hairstyle. For the first time in Telugu, a motion picture was released with a Dolby Atmos Sound.

Light House Movie Makers and Raghavendra Productions Banner is bankrolling this project and B.Madhu will present the film while Raghava is investing in the project.

While speaking B. Madhu the presenter of the film said “Raghava Lawrence who gave us superhit horror-comedy films previously is now coming with another sequel to “Muni”. This ‘Kanchana-3’ will be released on 18th of April this year worldwide. This is the fourth film in this series. His getups in earlier films reflect the common audience. But for this film, Raghava will appear in a new style as shown in the motion picture. The motion picture is getting a huge response from the film circles. We are planning to release this movie as a summer gift to all movie lovers. We strongly believe that ‘Kanchana-3’ will be a whole new level of horror-comedy experience you will taste this year.”