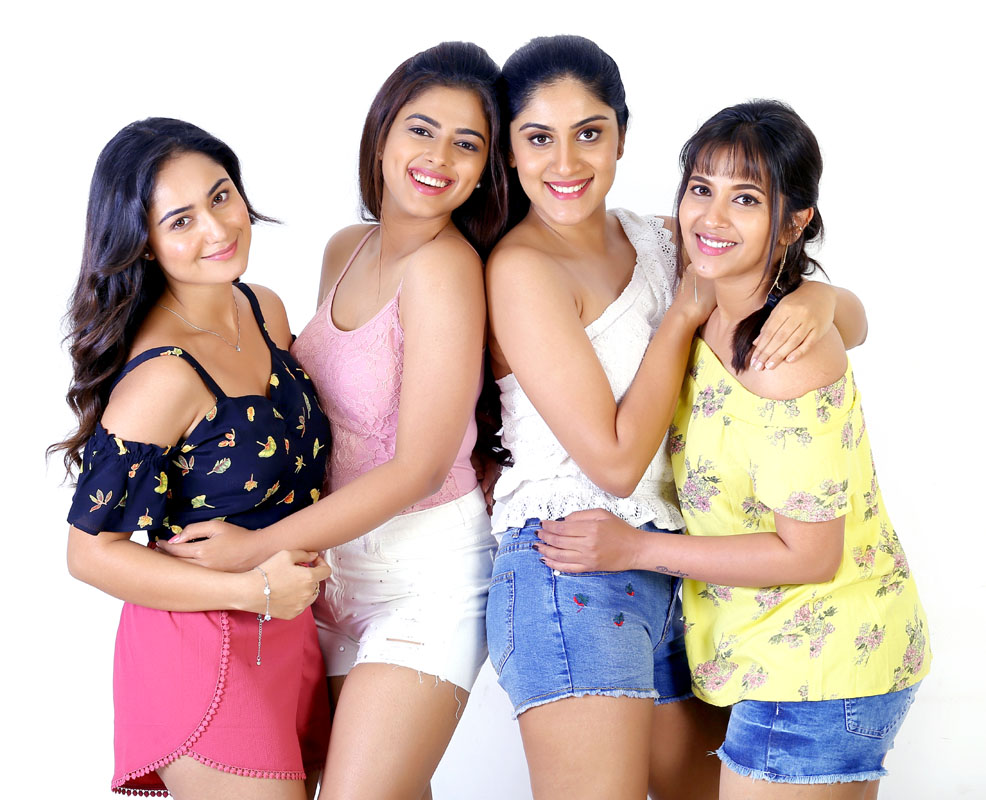 Black And White Pictures announces Production No 1. Written and directed by Baalu, this film will tell the story of four free-spirited, metropolitan girls.

We are happy to announce the coming together of talented actresses Tridha Choudhury, Dhanya Balakrishna, Siddhi Idnani and Komali Prasad.

The actresses will be seen as youngsters with full-on josh in a story full of humour and twists.

The rom-com will be shot from today. The second schedule will happen in Goa from the month of February. We are planning to release the film in the month of May.

Music is by Raghu Kunche, while cinematography is by Shekar Ganganamoni.

Lyrics are by Bhaskar Bhatla and Lakshmi Bhupal. Editing is by Nageshwar Reddy.